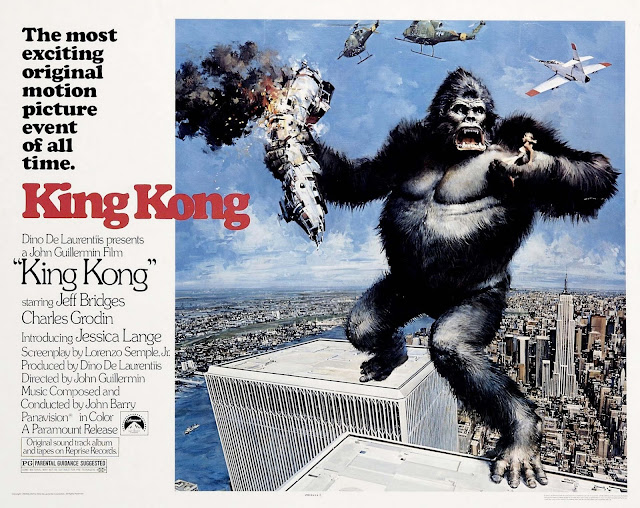 Welcome once again ghouls and gals to the 'Orrible 'Ouse of Terrible Old Tat! Over the last few visits to this mouldering monument to cheap crap, we've been exploring the world of branded lollies, looking at icy snacks created in the image of some popular property. Now in the early years of the Ice Lolly Wars, such creations were tie-ins to children's heroes on the small screen. But as the end of the '70s approached, bigger properties beckoned!

Now last time we saw how Lyons Maid had revived the branded lolly in the late '70s, and their big rivals Walls were quick to strike back. This other titan of the chilly cabinets countered Lyons Maid's hit Mr Men lollies by snapping up the rights to some other cartoon stars Tom and Jerry giving them a stake in the little kids market. Around the same time, they also launched a lolly called Warlord, which shared a name with a hit boys' weekly comic - Warlord natch - which would enjoy a fifteen year run from 28th September 1974 to 27th September 1989. However I'm not entirely sure if this was a deliberate tie-in officially sanctioned by Warlord's publishers DC Thomson, or just a bit of stealth piggybacking by Walls. However also for the older kids market, they were wheeling out some very big guns indeed. 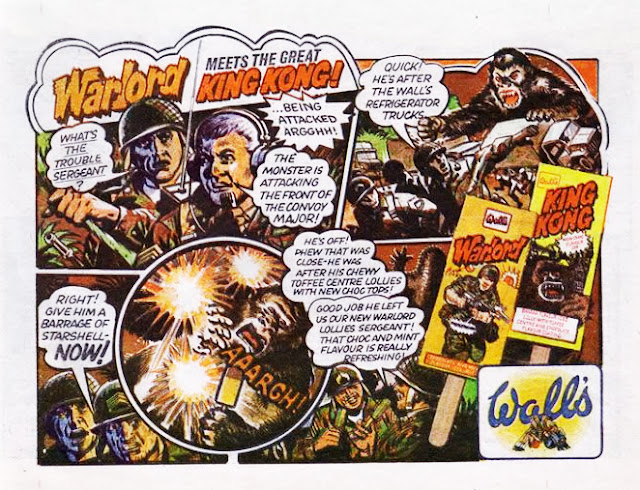 For at the end of 1976, one of cinema's biggest stars returned to the screen - literally one of the biggest - the legendary King Kong. Nowadays the Dino de Laurentiis Kong remake doesn't enjoy an exactly glittering reputation, and the huge hype around the movie has been almost completely forgotten. According to popular wisdom, it was Star Wars that launched the trend of having hordes of tie-in merch. However as is often the case the so-called popular wisdom is completely wrong. For there were Kong toys, posters, books, lunchboxes and numerous collectible items - a set of Kong Jim Beam glasses anyone? Now in the UK, part of this monkey business was Walls launching a King Kong lolly.

Naturally this was a banana flavour affair with a less easy to rationalise toffee centre and chocolate coating. Having enjoyed these as a nipper, I can confirm they were nicer than they sound. In fact, the lolly proved to be so tasty, it stuck around for a few years after the fuss over the movie died away. However, somewhat ironically, the first wave of Kong lollies came with a promotional item that would later be employed for Star Wars - namely buy a lolly and get a cardboard Kong mask! Now this wasn't a send off so many wrappers job, rather when you bought your lolly, you had to ask the shopkeeper for your free mask. Now I don't have any definite proof for this, but if my memory serves (and indeed it does dear reader), you didn't get a mask every time, and that was because they didn't actually provide a mask per lolly in the boxes from Walls.

And how do I know this? Well, it is because I did actually get my mitts on a Kong mask back in the day, and here's what happened. When I bought it, initially the fella manning the chiller cabinet announced there were no masks left. Now I don't remember doing this, but clearly I must have looked hugely disappointed, and so, after a pause, he said "Hang on, I'll open the new box...". And indeed he wandered into the back of the shop, and soon came back out again bearing a big fresh box of Kong lollies. He quickly slit it open, and in the top of the box was a stack of Kong masks - but a very thin stack indeed, quite clearly not nearly enough masks to equal the stacks of lollies. Even at that young age, I guessed that deliberately not having a mask per lolly was a cunning ploy to get repeat sales. Of course, back then, being a kid who now had a Kong mask, I didn't really give a toss.

Being cardboard, needless to say the mask didn't last long. Which is a shame, as given the collectibility of 1976 Kong merch and the fact that there does even seem to be a photo of those Walls masks online anywhere, if I did still have it I could have sold it and retired on the proceeds... Ah well... 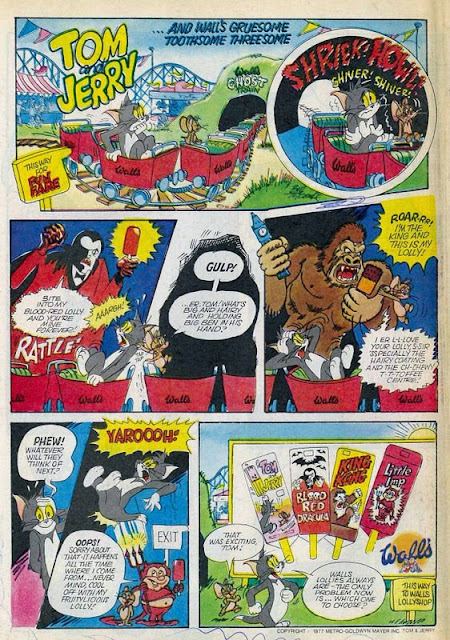 I once had a King Kong board game with the shown image of Kong astride the towers as the box- art. I'd put the year at around 1981, so a fair few years after the film. I got it in a small, local shop, a Spar, I believe. Never saw another.
Always wondered how Kong was depicted as being able to span the towers with his legs but was clearly a long way short in the film.

Great read, I also owned this game although like Kong's civilisation most of it is lost, only existing in cardboard pieces between the attic boards.
To the other commenter I agree that the Twin Towers were scaled down to less than than the Kong to Empire State Building ratio from the first incarnation, although might be accurate for that last film.
Love the Son Of Kong by the way, unashamed stop motion glory.
PS if there are any parts missing from the 'ouses copy I'm sure I can provide them.
ST.CLAIRE

I reckon the chances of two Hypnogoria commentators owning the Kong board game somewhere between extremely unlikely and nil.

I shall prove my ownership of the Kong game to the proprietor of this blog in good time (next time I'm between the attic boards).
I like how the designer of the Walls banana flavour Kong lolly has said balls to the remake and used the image of the distinctive looking 1933 beast rather than the more accurate but extremely generic gorilla suit from the 76 film. Looks like London is getting a good old drubbing in the background for a change too.

Now then the changing of scale of Kong and assorted famous buildings he's been seen with probably warrants a full scale investigation at some point in the future!

Sadly I never got my mits on a copy of the Kong board game, but a more in-depth look at Kong merch sounds like a fun future venture too!

As for the Walls wrapper, I rather suspect we have a case similar to the Long appearance in the Horror Top Trumps - and once again I heavily suspect the artist's reference material wasn't still from any Kong movie (neither original, remake or Toho ventures) but Britsploitation semi-official relation Konga (1961)

And what is that he is holding in his right hand? In some similar artwork is clutching either a chopper or small jet. This looks like neither.
I happened upon a nice piece on Kong '76 on Den of Geek. Worth searching out.

It resembles a space shuttle, just adding to the controversy surrounding the scaling I suppose. Stephen Jones wrote some lovely words about the original in a guide to Dinosaur movies I got out The Works in about 1997 for 99p. Had stills from the spider pit sequence long before Peter Jackson muddied the waters with his re-creation of the lost scenes. Nice to see Tazelwurms in the latest Kong film, I always had a soft spot for the two legged tuatara scaling the vine.
ST.CLAIRE

Im thinking the object is some part of the WTC Towers. Can't recall the scene as it's some years since I saw the film.