FOLKLORE ON FRIDAY - The Tale of the Holbeach Gamesters Part I 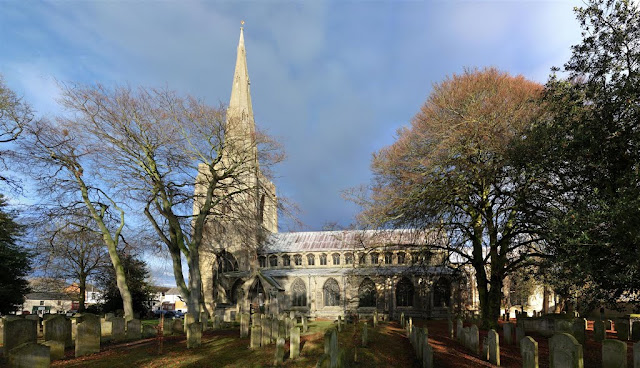 Once upon a time, not so long ago, decks of cards were referred to as "the Devil's picture-books", for card games lead to gambling, and gambling leads to damnation. And there have been many tales told over the years to illustrate this point. Take for example the legend of the Holbeach Gamesters... Now Holbeach is a little market town in the fenlands of southern Lincolnshire, believed to date back to Roman times at least. And to this day, stories are still told that warn the unwary not only of the perils of card playing but also to steer clear of All Saints Church after nightfall. Like many old tales, there have been several variations told over the years, but the essential details remain the same.

According to most versions, the strange events took place in 1793 after a man named Codling, or sometimes Farmer Guymer, passed away. He was part of a group known locally as the Holbeach Gamesters, four friends who loved to play cards, often at the Chequers Hotel. After this jolly gent's passing, the surviving three, men named Watson, Slator and Barker according to most versions, were drinking together and mourning their friend. They were bemoaning the fact that their games would never be the same now their quartet was shrunk to a trio, when one of them had a great idea - well, what seemed a great idea to a drunken fellow that is - they would have one last game with their departed friend! So the three made their way from The Chequers Hotel over the road to All Saints Church. Many versions of the tale hold that there, Codling's coffin was already lying inside, ready for his funeral on the morrow. But some insist that the departed gamester was already buried, and so armed with lanterns, shovels, and pitchers of ale, the three friends set about disinterred him from his freshly filled in grave. 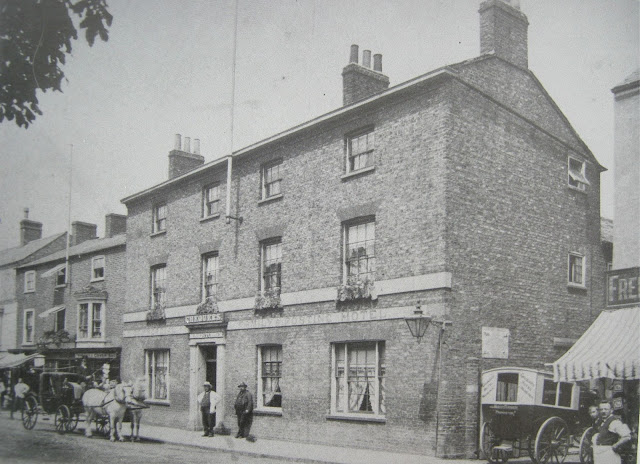 Either way, the end result was the three men ended up sat inside the church with the corpse of their friend, and set about a final session of cards with him. The tale often has them using the very altar as a table, others the coffin, and another version has them propping up the cadaver of their old chum by wedging him in the altar rail. However regardless of the specifics, a game of cards was had with the corpse playing a dummy hand (it is often said whist was their game of choice), or his surviving friends taking his turn for him. Full of ale, the gamesters had a fine old time, joking that the dear departed was doing better than ever. Of course, things were to take a darker turn. As the hands of the clock crept towards midnight, they noticed that their dead friend's face had developed a nasty leering grin. And worse was to come - for as the chimes of midnight sounded, the corpse began to laugh. One version goes further, and has our card playing fellows looking around to see the Devil himself taking the place of their dead compatriot.

What followed is the subject of some controversy. In some variants, the foolhardy fellows continued their game, determined to finish the hand even after these ominous events. However most versions end up in the same place - with demons or goblins rising up from the church floor or flying out of the crypt, and dragging the trio off to Hell. And according to some there is a final ghoulish detail, that the only trace of the gamesters was that on the morrow the congregation were met by the grinning corpse still propped up by the altar.

But one version reckons that Slator managed to avoid the clutches of the fiends and escaped out of the church door. He dashed back to the Chequers Hotel and there, no doubt fortified with yet more drink, he gathered a party of men and hurried back to rescue his friends from the horrors. However, on reaching the benighted church, they did not dare enter. For coming from within, they heard peals of hideous laughter and horrible screams. It was only when morning broke that they chanced venturing inside. They found no sign of Watson and Barker.


But it is said that if you should pass by All Saints after dark, you may see flickering lights within the church. And should you be brave enough, or maybe that should be foolish enough, to take a look inside, there you will see the lost gamesters, presumably now damned to play for all eternity. And according to some, the phantoms will eagerly invite the foolish join them in their infernal never-ending game... 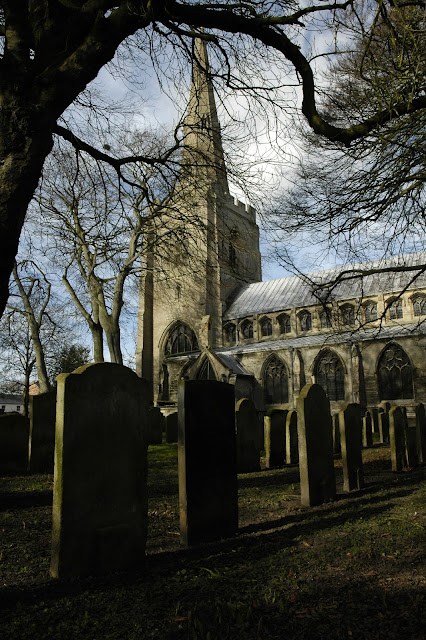 Shadows in the Churchyard by Paul Stainthorp