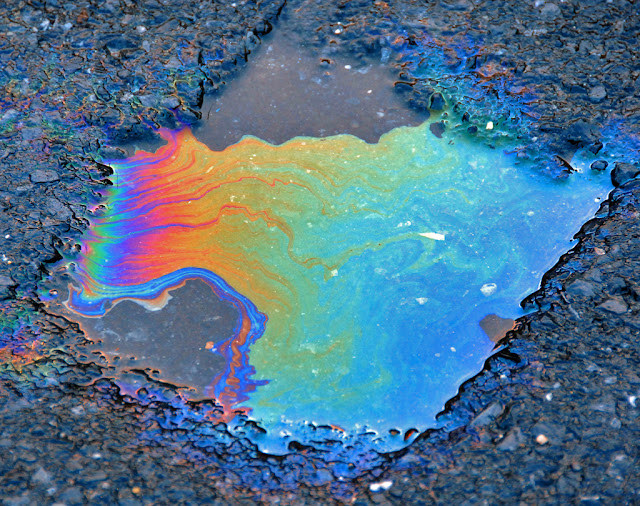 Just the other day, while out and about, I happened to notice some children on their was to school. They were happily bouncing in the little puddles left after a recent shower, naturally much to the disapproval of their parents. Thus it ever was! Of course I could not help but to be reminded of my own childhood, and those simpler days when there was no greater joy than coming out after the rain had stopped and playing in puddles. However besides happy memories of splashing about on pavements and gutters, and of course, less happy remembrances of being scolded later for being dripping wet and covered in muddy water, I did also recall a curious little fragment of folklore from those now distant times.

For when I was growing in in the North-east of England, there was a little bit of lore associated with puddles. Now you don't see this quite as often these days in these more economical and green times, but back then it was not uncommon to find puddles brimming with strange rainbows, born of little spills and drips of oil and petrol from cars. Now even as little kids soon found out how these colourful puddles were formed, however I remember vividly also hearing that they were the result of witches washing in the puddles. Whether they are doing their laundry or personal ablutions was never made entirely clear to me, but either way, it was firmly embedded in the lore of my playground at least. And these puddles were always referred to as "witches' washing", and it was considered to be remarkable to find some on your path. 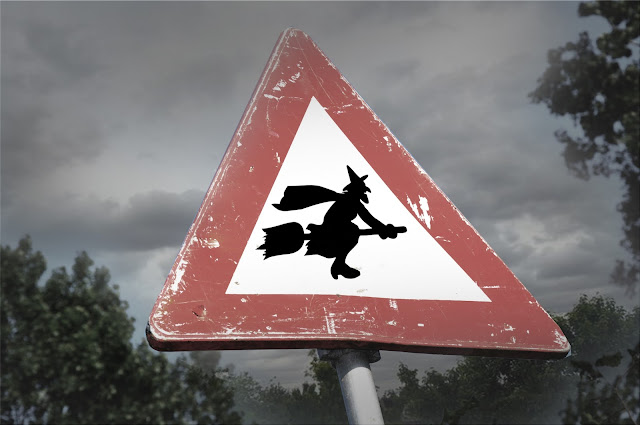 Quite in what way it was remarkable never quite clear, and was a matter of debate. For some claimed it was good luck to find a puddle of witches' washing, but others reckons it was a bad sign as it showed wicked hags were abroad nearby. Either way however, the practical upshot of this little piece of modern folklore was that something ordinary and mundane was transformed into a little splash of magic on the pavements.

However despite trawling assorted books on folklore and consulting the ever-expanding hive-mind that is the internet, this little tradition appears to have been somewhat localised, with only a report of it being alternatively called "fairies' washing" coming from a fellow North-easterner. But of course, if any of this rings a bell with you, please do share your lore in the comments below!

As it is, I suspect there might be a good reason why this bit of puddle lore is perhaps found only in one area of the North East of England, however that's a story for next time... 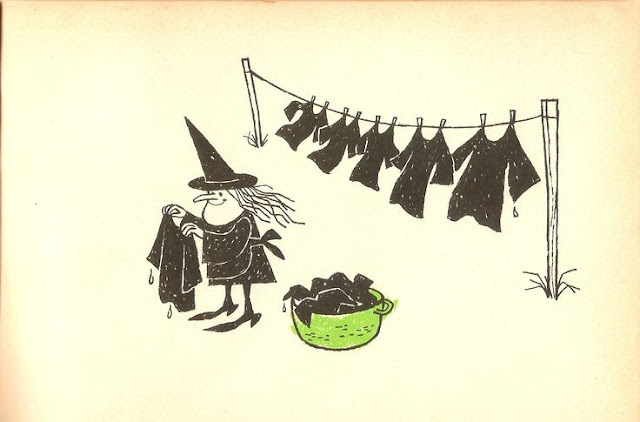 from The Witch Next Door by Norman Bridwell
Posted by Jim Moon at 09:00

us kids in portland oregon were fascinated by the rainbow puddles; me and a handful of friends had a ghost that followed us called "the moving thing", and Heather swore that the eerie puddles were where the moving thing lived. it wasnt good or bad, just spooky and fun. it this perhaps a hundredth monkey-type folkloric tradition among children in places with prolific puddlings??