The 'Orrible 'Ouse of Terrible Old Tat #01 - Doctor Who and the Gambit Menace! 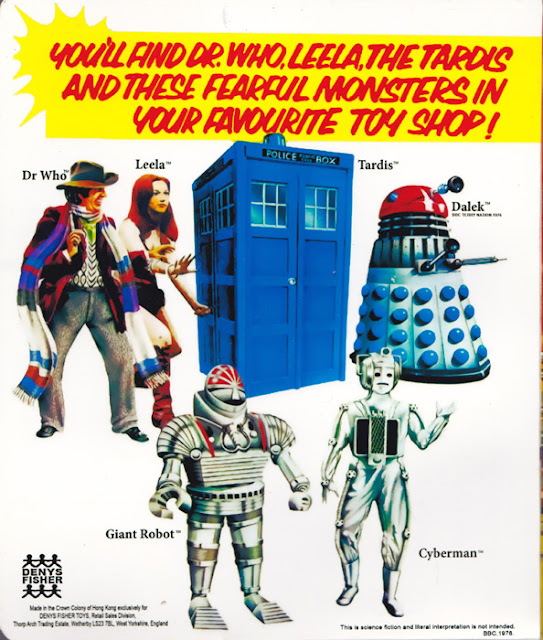 Welcome dear friends to the 'Orrible 'Ouse of Terrible Old Tat! Now this creaking old edifice contains a good many items that were produced in thrall to the great God Spin-off, and a further good many of those are items produced with the aim of extracting money from small children. Or at least, their parents. These days any sort of property with a demographic that includes legions of ankle-biters will have a range of tie-in action figures leading the charge at the frontline of the merch. But it wasn't always this way. The trailblazer for this brave new world of spin-off toys was of course the original Star Wars, and after the massive success of the Kenner/Palitoy action figure range, any movie or TV enjoyed by a sizeable number of children would transform their characters into a line of plastic homunculi. And before you could say "by the Power of Ponyskull!", this approach was developed further in the 1980s with the emergence of franchises and properties that were created to just flog toys in the first place.

However while Lucas and Star Wars are often hailed as the creators of this toytown trend, spin-off toys had already been around for a while already. However in the years before we had heard the phrase "may the Force be with you", action figures based around cinema or TV properties were something of a different proposition. In the post-Deathstar years, the Star Wars approach of pocket sized figures at pocket money prices became the industry standard, along with the canny approach to turn every possible character into a doll, even if they had only lurked about in the background - Death Star Droid I'm looking at you. But in the pre-Stars Wars toy stores, any figures you found based on your favourite TV shows or movies were likely to come in a wide variety of different scales and sizes, and often be limited to only a handful of characters. And a perfect example of this simpler era of tie-toys comes in the form of the Doctor Who figures released by Denys Fisher in the late '70s. 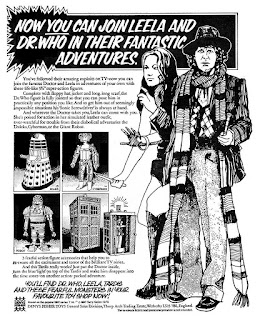 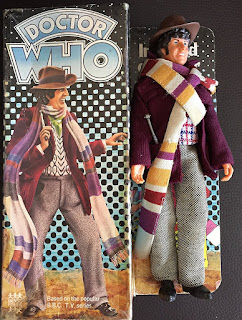 In 1976, the Time Lord had been travelling for over a decade on the telly, and his current incarnation, the Fourth Doctor, played by Tom Baker, was proving to be the most popular yet. And so, the venerable British toy makers Denys Fisher released what would be the first proper action figure version of the Doctor. Now since the show's beginning, it had been popular with kids, and there had been many tie-in toys and much merchandise, such as books, comics, jigsaws and board games. However up until 1976, the only figures or dolls you could buy were various toy versions of the Doctor's arch enemies, the Daleks. However thanks to Denys Fisher (and Mego in the US) now you could buy a nine and half inch high Fourth Doctor, complete with hat, scarf and even a sonic screwdriver! But wait, there was more! You could also buy a Leela, complete with hunting knife, and an in-scale version of the Doctor's beloved robot hound K9. There was a range of enemies to pit your plastic heroes against in the form of Daleks, Cybermen and the K1 Robot (AKA the Giant Robot), and topping off the range was a replica TARDIS. 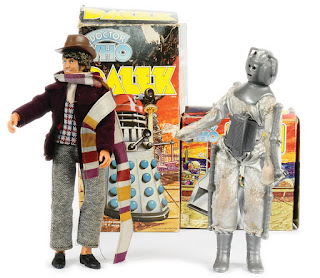 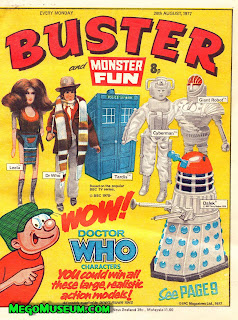 Now don't get me wrong, these were a great range of figures and are now highly prized by collectors. Certainly I was delighted to get a Doctor, TARDIS and a Dalek one Christmas. But there were several features to this range that make them worthy of inclusion in the 'Orrible 'Ouse of Terrible Old Tat. The first is an odd little detail about the Doctor himself, or rather his miniature toyshop version. Now at first glance, it's rather nice to note that  the costume was very faithful to the Doctor's onscreen ensemble, and they did really try to have a figure that looked like Tom Baker. But I always found that my Fourth Doctor figure reminded me of another small screen hero - namely Gambit from Brian Clemens' The New Avengers, as played by Gareth "three types of the finest coffee beans" Hunt.

And the funny thing is, many years later I discovered that there was a very good reason for this. For around the same time as the Denys Fisher Doctor Who range was being made, they were developing plans to do a range of New Avengers dolls. featuring plastic versions of Steed, Gambit and Purdie. The figures were to feature a karate chop action, and while some ads and promotional material did surface, the range of toys never really materialised, probably due to the New Avengers disappearing from our screens in 1977. And as far as toy historians know, only Joanna Lumley's character from the show, Purdy, turned up in action figure form in the shops. 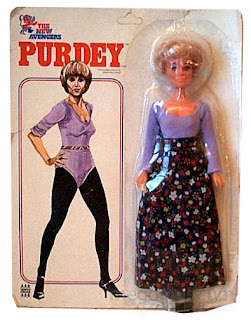 However, not wanting to waste a lot of development time and money, the sculpt of Gareth Hunt's bonce was cunningly recycled to give the Fourth Doctor doll a noggin. And it was, if you'll pardon an absolutely shameless pun, a gambit (boom! boom!) which worked rather well, as it certainly looked enough like Tom Baker to fool most kiddiewinks. However it would perhaps explain why the Doctor's plastic hat never quite fitted on his head well enough for my liking... 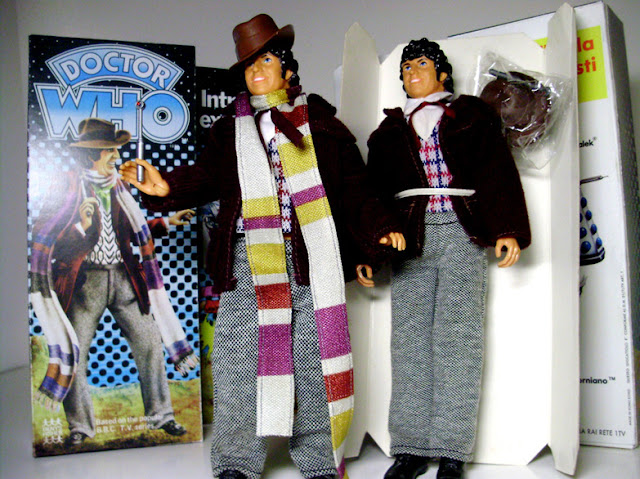 However the range holds further and stranger anomalies... Come back to the 'Orrible 'Ouse next time, to discover what wonders the Denys Fisher TARDIS had to offer!

Great article Jim. As tat afficaindo i do love me some behind the scenes 70s action figure esoterica, particularly ones pertaining to characteristically cheap skatery from corner cutting British companies, which I'm told was due to rising oil prices as well as good old fashioned brass neckery.
The famous Star Wars Blue Snaggletooth story is fairly well known, but The Palitoy Action Force range has a few dark secrets as well..
ST.CLAIRE

Palitoy was the high watermark of British Toy-making. You can say what you like to the contrary but you'll be flogging a horse that's long since been turned into cheap mince. But, alas, they couldn't make those wee figures cheap enough but I'm sure they gave it a bloody good go, anyway. The manufacture of low cost products of any sort was on its arse in the U.K. by then.
I'm glad I am of a certain age that allowed me to be there at the time. 1.5 weeks pocket money saw me get friendly with Boba, Bossk, Walrusman etc one by one. Then later, it was Muton, Kraken and co. The more monster-like the better. Happy days.

I remember being rather shocked when I checked out the latest Star Wars figures in the local toy shop one day and found they were all claiming to be made by Kenner rather than Palitoy. At first I thought they were some kind of knock-offs or pirate copies but the fellow behind the counter informed me that demand was so high Palitoy couldn't keep up and had imported figure from the US!

Being born after the last original film came out, I slowly acquired unwanted Star Wars 'men' from car boot and jumble sales, a little bit at a time, always concentrating on the villains and aliens.
How the heart would sail when you found a skiff guard you didn't even know existed. With no widely available videos, if it wasn't in the illustrated storybook, to me it didn't exist.
I remember finding the Imperial Dignitary figure and wondering why I had been brought up sheltered from such things, my copy of Return Of The Jedi was taped off the telly and would regularly cut to completely different productions that my parents had recorded over it.
I distinctly remember Robert Powell hannging of Big Ben right after Han comes out of the carbonite. I await a special edition that includes this scene.
. I always found the Emperors creepy pals to be one of the best parts of ROTJ.
Some nice stories about the detective work finding the actors who played them, One was the shopkeeper in Force 10 the other was a Zeppelin passenger in Indiana Jones In The Last Crusade.
ST.CLAIRE