FOLKLORE ON FRIDAY - Beneath the Pyramids 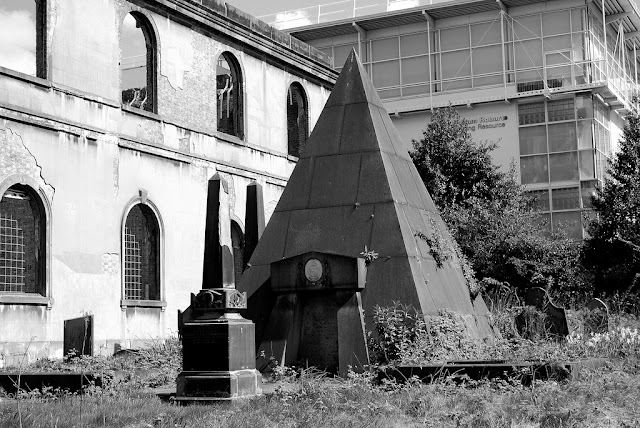 Last time we gathered together, we were telling tales of the Great Pyramid of Liverpool. As was recounted then, according to local lore this striking monument was the tomb of the noted engineer and railway pioneer William Mackenzie, and according to local legend, Mackenzie was interred seated within the pyramid holding a winning hand of cards. This elaborate and unusual burial was allegedly a ruse to cheat the Devil of a deal for his immortal soul, and one which apparently succeeded for Mackenzie's ghost has haunted the Rodney Street area of Liverpool ever since.

However is there any truth to the tale? Well, let us just say the evidence is not particularly strong. To begin with, and perhaps most damningly, this eye-catching tomb was not actually erected at the time of Mackenzie's death. As an inscription on the monument itself makes clear, it was put in place some sixteen years after his passing. Indeed the inscription also indicates that its creation coincided with the death of Mackenzie's second wife, and in fact the grave contains not just Mackenzie but both his first and second wives! Hence it would appear that Mackenzie was buried in the conventional fashion when he died in what was a family plot, and the pyramid only added on top much later when all intended to buried there had passed away and been interred. Given that it is highly unlikely that Mackenzie was embalmed and stored until the pyramid was erected, we can safely assume that the oft-told tale of the police discovering the tomb had been broken into and discovering a seated skeleton inside is a later embroidering of the eerie stories attached to this unusual monument.

From combing assorted tomes and archives it would appear that the tale of Mackenzie's Devil-cheating burial appears to be a relatively recent addition of Liverpool's ghostly tales and folklore, for I can find no earlier reference to it before the 1980s. Of course this does not prove that locals weren't spinning yarns about the pyramid tomb before then, but judging from the story's appearances in print, the tale of Mackenzie being buried seated inside the tomb only became widespread and well-known in the last couple of decades. Hence it would appear to be a truly modern piece of folklore. But where did the tale originate?

Mr John Reppion, author of 800 Years of Haunted Liverpool (2008), has advanced an interesting theory that possibly tales of Mackenzie's unusual burial were perhaps inspired by one of the ghost stories of MR James. In the tale The Tractate Middoth, which appears in the second collection of James fiction, More Ghost Stories of an Antiquary (1911), we have the following passage -


"Well, Mr Garrett," said Mrs Simpson, who had not yet resumed her work, and was looking at the fire thoughtfully, "I shall tell you the story. You will please keep it to yourself, if you don’t mind? Thank you. Now it is just this. I had an old uncle, a Dr Rant. Perhaps you may have heard of him. Not that he was a distinguished man, but from the odd way he chose to be buried."
"I rather think I have seen the name in some guidebook."
"That would be it," said Miss Simpson. "He left directions — horrid old man!— that he was to be put, sitting at a table in his ordinary clothes, in a brick room that he’d had made underground in a field near his house. Of course the country people say he’s been seen about there in his old black cloak." 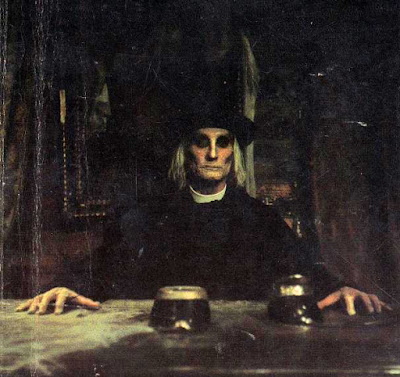 Now here we certainly have several intriguing parallels: not only the curious burial, but also Dr Rant's spectre being seen in the area dressed in a black cloak, in the same way the shade of William Mackenzie is reported to appear the Rodney Street area. Although thankfully Liverpool's phantom hasn't been spotted sporting eye sockets filled with cobwebs like James' Dr Rant. In recent years, Jamesian scholars (myself included) have wondered whether Dr Rant was inspired by the legend of William Mackenzie, but of course as recent research has shown, the tales around Mackenzie's tomb appear to be far more recent, making it more than likely Mr Reppion's theory that the James story influenced the Liverpool folklore,rather than vice versa,  is indeed correct.

However The Tractate Middoth may well have been inspired by another legend featuring a pyramidal tomb. For in a quiet corner of Sussex, in the churchyard of St. Thomas à Becket, Brightling, is a strange pyramid just under eight meters in height. This weird monument is the burial place of a famous local eccentric, 'Mad' Jack Fuller. As well as being the local MP and squire of Brightling, Fuller built many follies in the area, as was the fashion among Georgian gents like himself. However his most famous construction was his pyramidal tomb, and according to local lore, he instructed that he was to be buried inside, seated in full evening dress and top hat, at a table with a roast chicken and a bottle of wine! Now the story of his unusual burial had been circulating since the early 20th century, but sadly renovations in 1982 revealed he was actually interred in the usual fashion beneath the edifice, with no sign of fine wines or roast dinners in evidence.

The stories of Mad Jack's burial seem like a good fit for the origin of Dr Rant. Interestingly Fuller had been school at Eton, and given that James himself studied and taught there, so its certainly possible that he may have heard the tales about this old boy's unusual funeral arrangements. Also as James spent many of his holidays journeying the highways and byways of England, visiting antiquarian sites such as old churches and mansions, and even penning two guidebooks based on his travels, it is also possible that he had heard the story of Mad Jack's tomb on one of these jaunts. However the problem with this theory is that earliest appearance of the tale in print comes in 1920, some years after The Tractate Middoth was written.

Of course, before the tale was set down in print in 1920, there may well have been stories circulating orally which James could have heard. However James does have the hero of the tale mention that he had heard of Dr Rant and his burial in a guidebook - which perhaps gives us a clue that he was indeed inspired by a written source. And some recent research has uncovered some other possible models for Dr Rant, which in turn also may have influenced the Liverpool legends of William Mackenzie, which we shall examine in the next instalment... 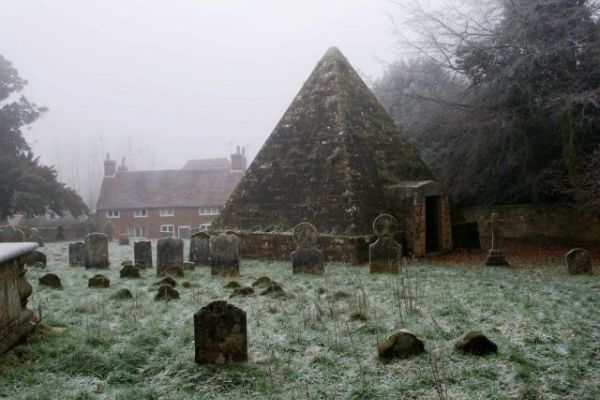 A few years ago I performed a reading of The Tractate Middoth as the centre piece of my Jamesian Christmas special which you can hear here - Christmas Eve at Kings  Be warned though, as it is a Christmas special, it is a very festive show!