FOLKLORE ON FRIDAY - The Pickled Parson of Sedgefield 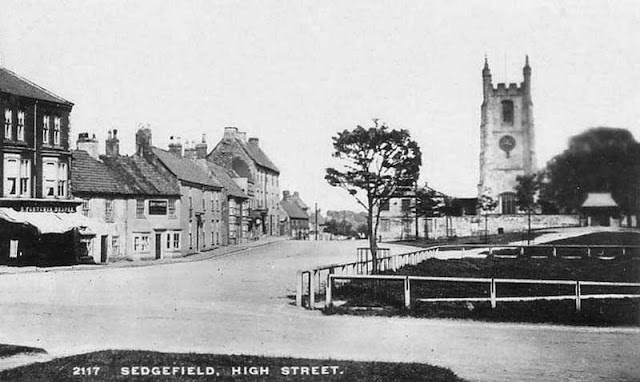 Among the hills and forests of County Durham in the north east of England, lies the little village of Sedgefield. It's a small place with a population of less than five thousand, and is most likely known for either being the former constituency of British Prime Minster Tony Blair, or the birthplace of Mark Gatiss. However while it may not be a huge place, its history is prodigious.

The village dates back to Roman times, and is recorded in the Domesday Book. Its church, St. Edmunds was built in the 1300s, and in the 19th century, among the aristocracy it was a popular place to hunt. And there is a reminder of its bygone popularity with the great and good, in the shape of Ceddesfeld Hall, a manor house built just by the village green. This wonderful old building was built by two notable sons of Sedgefield, Samuel and Shute Barrington, one an Admiral and the other a Bishop of Durham. However the hall was not constructed for their benefit - rather it was built for their nephew, George Barrington, who was the rector in the village in the 1790s, as a lavish replacement for the old rectory which had burnt down.

Of course, such a long established village has more than a few ghosts haunting its history, and indeed its most famous spectre is said to haunt the site of the old rectory. This alleged phantom is known as the Pickled Parson, and was reputedly to be responsible for a very spirited haunting. The story dates back to the 1730s, when a fellow called  Rev. John  A.M., was the rector of

However in the second week of December in 1747, the good Reverend passed away suddenly and this left his family in something of a pickle. For back in those days, the church collected an annual tithe from its parishioners, and every year by law, whatever was due was to be paid to the parson on the 20th of December. These tithes provided an income for the clergyman and maintained the church buildings, but in a case like this, should a parish be without a clergyman to collect the tithes on the 20th of December, all the money would go instead to the bishopric of Durham. Hence Garnage's family were suddenly facing the dire threat of poverty; indeed in that era, deceased clergymen's families had starved to death when the tithe money ran out. 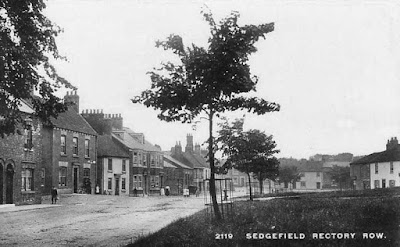 However the parson's wife thought fast and came up with a cunning plan. According to an early written version of the story found in Legends and Superstitions of the County of Durham (1886) by William Brockie, the parson's wife preserved his body with salt until the crucial December day - which surely should make him the Cured Clergyman. Anyhow, the day after the tithes had all been paid, she summoned the local doctor, who suspected no chicanery and pronounced the parson dead and recently deceased. However his ghost's name seems to derive from another version of the legend, for some tellings of the tale hold that she actually kept her husband's body fresh by soaking him in brandy. What's more, these alternate versions go on to claim that she embroidered the deception further by propping up the preserved parson in the window of the old rectory so that the tithe payers could see he was up and about his business!

But whether by salt or brandy, with the death certificate signed and dated, all was legal and above board. And so, the parson's wife and her family were spared the horrors of a winter in poverty. However there was one person who was apparently displeased - the spirit of the parson himself. According to the old stories, because his body had been delayed in receiving a proper Christian burial, the parson's soul could not enter Heaven, and therefore the earth-bound spirit returned to vex the village. Apparently the rectory became haunted with all manner of disturbances and eerie events "making the night hideous".

And apparently there was no placating the restless shade either. For the Pickled Parson continued to haunt the rectory for many years afterwards. Indeed, it is said that the violent haunting only ceased when the rectory building caught fire and burnt to the ground in 1792. However you can't keep a good ghost down, or at least, let a good ghost story come to an end. For it is said that the Pickled Parson is still haunting Sedgefield. Local legends say that there was a special tunnel that connected the old rectory with St Edmunds, and as the last surviving remnant of his old home, the unquiet spirit of the clergyman still haunts the gloomy passage. For course, the exact location of both the tunnel and its entrance in St. Edmunds is now long forgotten and lost in the mists of time, so who is to say that the Pickled Parson is not still walking abroad down there in the damp and dark... 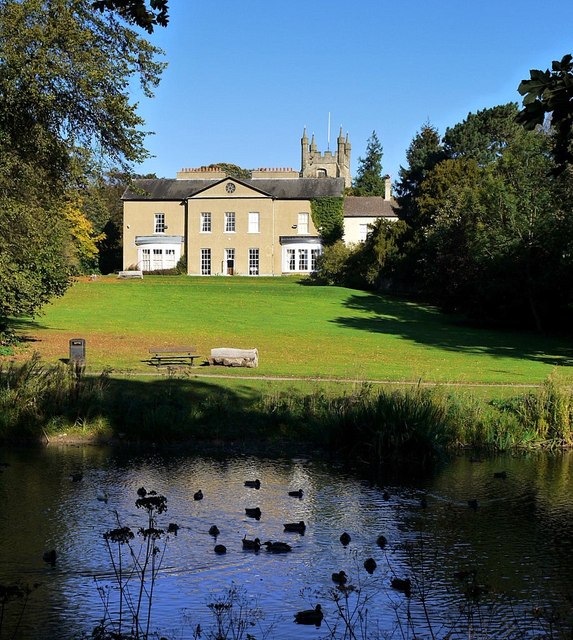 Ceddesfeld Hall with St. Edmunds' tower in the background