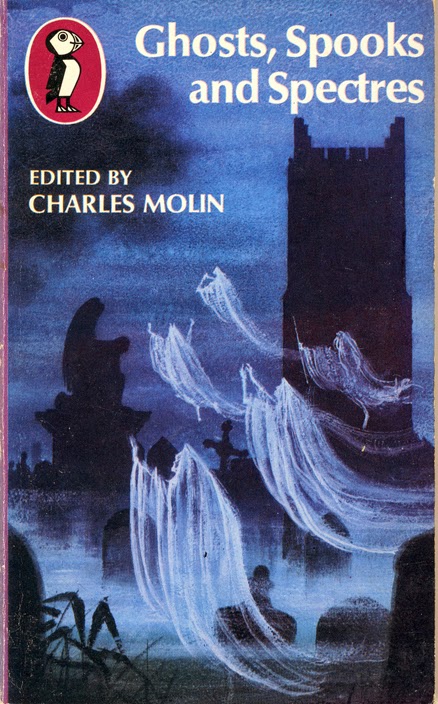 Yes, another influential tome from my childhood! At my junior school, as well as a proper school library, every class had its own mini-library from which we were encouraged to borrow books. Needless to say many were rather dull learn-to-read style textbooks and assorted battered encyclopedias, however in my third year our new class room had a huge selection of exciting looking books including a great many classic novels of firm favourites such as The Hobbit, The Lion, The Witch and The Wardrobe, The Water Babies and  Call of the Wild.

However the hot favourite, and the book that there was an unofficial waiting list for, was this anthology of spooky tales. For, according to those who had stumbled upon it first, it contained real ghost stories for grown-ups and was PROPER SCARY!!! And while like many anthologies of ghost stories aimed at young readers published at that time, Mr Molin includes some not very frightening retold folk tales and a few comedy stories, there actually were some genuine skin-freezers in there, as you can see...

The Canterville Ghost by Oscar Wilde
Teeny-Tiny by Anonymous
The Signal-Man by Charles Dickens
The Strange Visitor by Anonymous
Madam Crowl's Ghost by J. Sheridan Le Fanu
A Ghostly Wife by Anonymous
Legend of Hamilton Tighe by Richard Barham
The Phantom Ship by Captain Marryat
The Brown Hand by Sir Arthur Conan Doyle
The Ghost-Brahman by Anonymous
The Ghost-ship by Richard Middleton
The Water Ghost of Harrowby Hall by John Kendrick Bangs
The Inexperienced Ghost by H.G. Wells
The Buggane and the Tailor by Dora Broome
Laura by Saki
The Betrayal of Nance by R. Blakeborough
The Ghost Who Was Afraid of Being Bagged by Anonymous
The Beast with Five Fingers by W.F. Harvey
The Night the Ghost Got In by James Thurber
The Story of Glam by Andrew Lang

And as is usual I've linked to podcasts containing my readings of these fine tales. 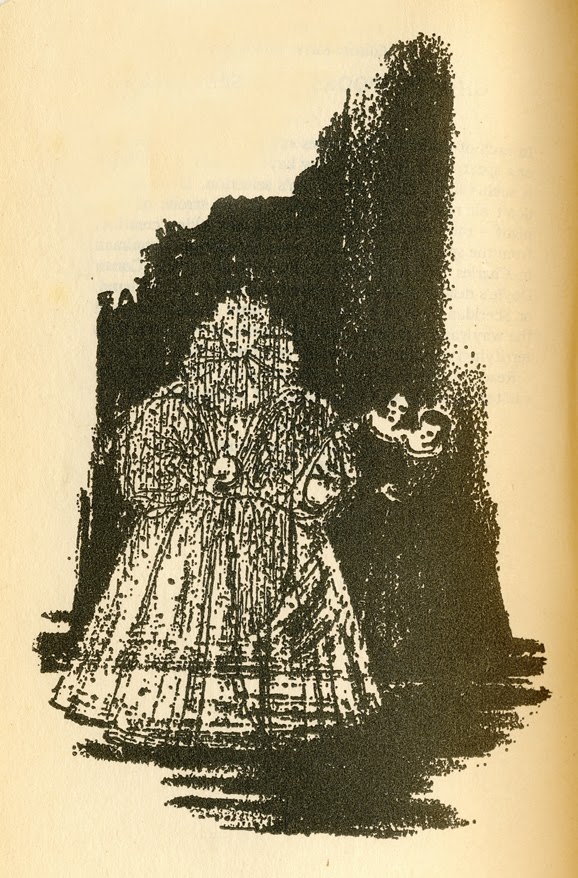