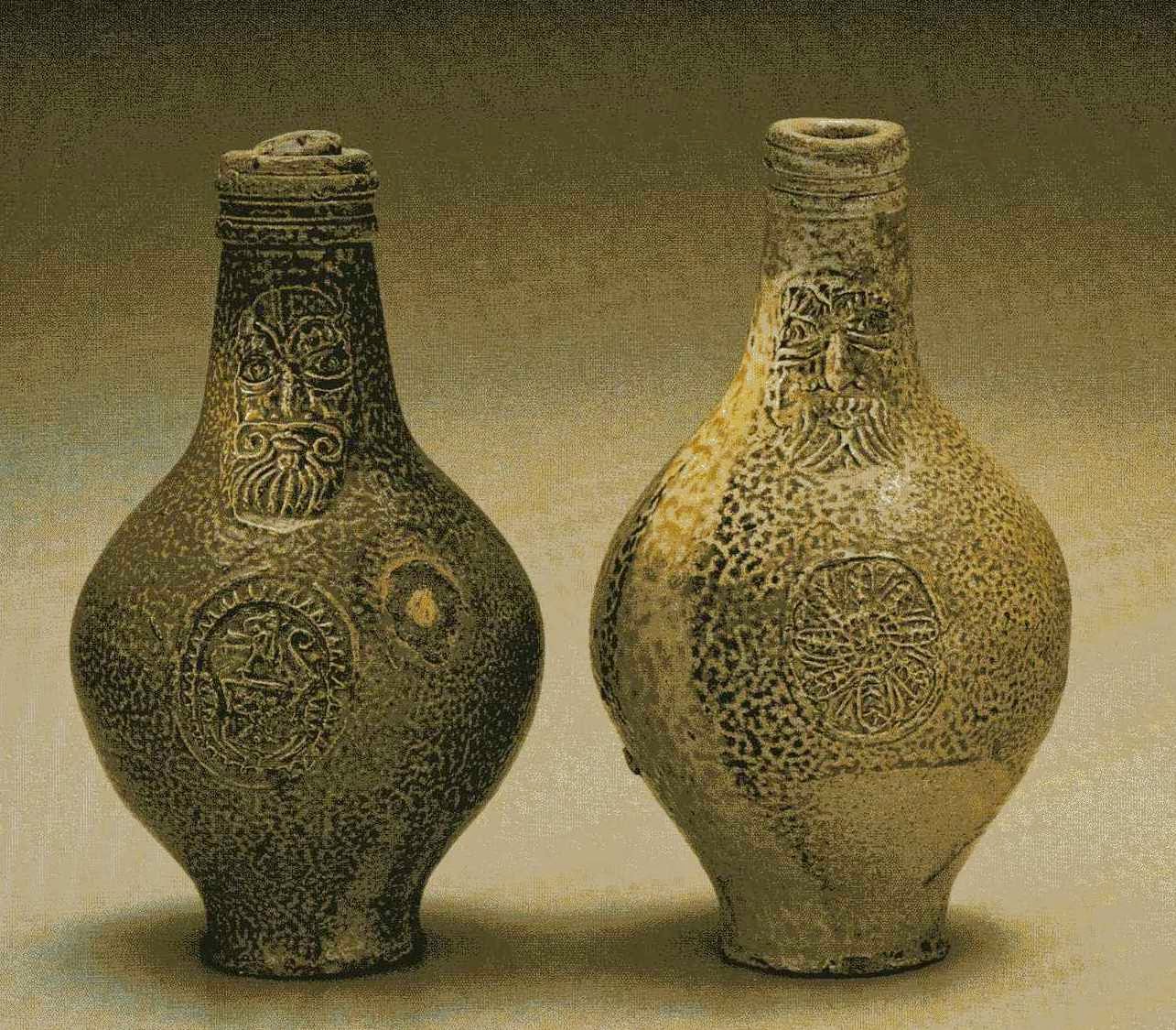 While either renovating, demolishing or excavating old dwellings, builders where often to puzzled to find curious objects buried or embedded in the fabric of the house. Common odd finds included old shoes, dead cats and animals skulls, concealed in chimneys, bricked up over windows or buried under doorsteps. However most puzzling were the sealed jars and bottles which when opened were found to contain rusted needles and nails and a foul smelling fluid.

So then why did the good folks of ages past include these bizarre items in the construction of their homes? Well the answer can be found in the ancient tome Saducismus Triumphatus, or Evidence concerning Witches and Apparitions written by Joseph Glanvil in 1681. In this noted volume, the creation of one of these curious bottles is detailed - a man's wife was suffering from a mysterious ailment, and witchcraft was the suspected cause. An old man advised the troubled husband to take some of his wife's urine and seal it up in a bottle along with nails and pins to counter the evil magic. Initially the wise old fellow recommended heating the bottle on the fire. However when the bottle exploded, he advised instead burying the bottle and when this was done, his wife recovered. Furthermore later on it was discovered that a man of the town had died mysteriously and his wife confessed that her husband had been a wizard and had been responsible for the original troublesome spell.

Many such bottles have been discovered in houses built from 1600 onward, and witch bottles have been discovered all across the United Kingdom, and even in the United States. The bottles themselves are often a bartman or bellarine, a piece of Rhenish stoneware from Germany popular the 16th and 17th centuries. And while the pins, needles and nails (and sometimes other sharp objects such as thorns or shards of glass) are common ingredients, sometimes salt, red thread, feathers and all manner of other items that local folklore deemed good against evil forces were included. Sometimes the liquid was replaced with wine or sea water, but nearly all included some highly personal ingredients, such as hair, nail clippings or blood - experts have even found one that included bellybutton fluff!

The witch bottle works on the principle of sympathetic magic. We have all heard how a witch would take a personal item or hair or nail clippings and use them to fashion a poppet or effigy in their victim's image - the traditional voodoo doll - and whatever affected the doll, would magically be transferred to the victim. And these counter charms exploit on the same magical principle - by concealing such an object that contained your personal essence at the thresholds of your house (such as doors, windows and chimneys), any spell targeting you would be absorbed by the bottle. Furthermore the sharp objects and other counter charms would entangle the incoming bad magic and/or send the spell back to the sender in the most painful manner!

Scholars believed that the concealed shoes, one of the most common odd finds in old houses - is a product of the same magical thinking - any spell directed at you would be drawn harmlessly into the old shoe which through years of wear had soaked up enough of your personal essence to act as a decoy.

So then should wish to keep your home safe from evil influences, you now known exactly what to do - and given that large numbers of shoes and witch bottles found over the centuries, obviously they are very effective! I recommend making and concealing some kind of witch repelling item today! If nothing else, it is a great chance to baffle an archaeologist or builder in the far future! 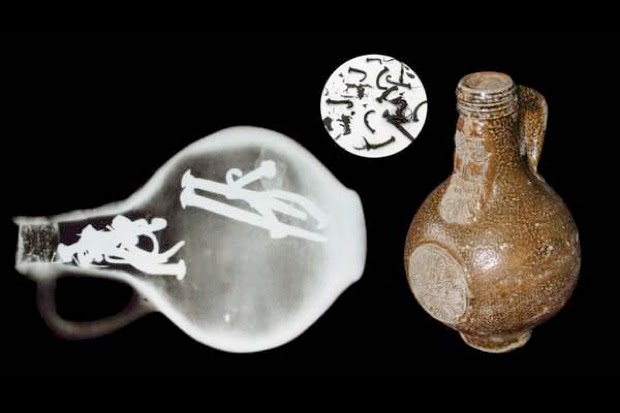