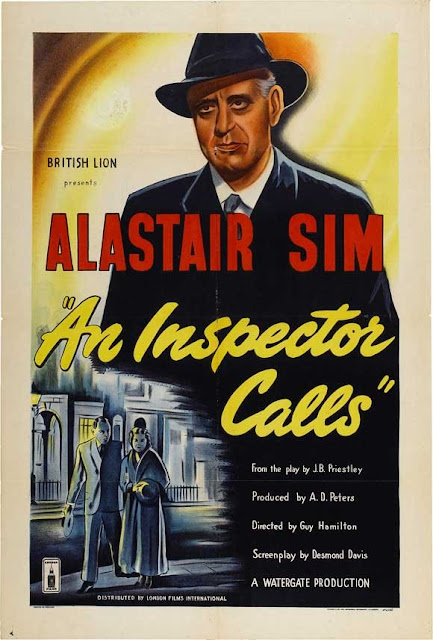 You've probably heard of An Inspector Calls - it's one of those titles that is so familiar it feels like it's become part of the English language. However despite everyone knowing it's name, I'm guessing that not that many of us have actually seen it these days. And if you not, that is something to rectify immediately!

Based on JB Priestley's 1946 play of the same name, this movie was shot in gorgeous and atmospheric black and white by Guy Hamilton, who would do on to direct a host of Bond movies, and stars the brilliant Alastair Sim - two facts that alone should have the dedicated movie buff rushing to track it down. Now the plot is seemingly fairly straightforward - a well-to-do family are sitting down for dinner when a police inspector arrives. Apparently a young woman has committed suicide and the inspector is seeking to uncover the circumstances around this tragedy. 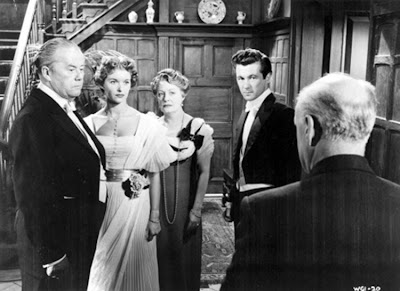 Now the movie plays out almost like an anthology movie, as each member of the family realises that they all have encountered the girl and recounts their dealings with her. As the story continues it becomes apparently that each one has played a part in her downfall, leading to a climax that will have your jaw dropping.

In some respects, this movie is the anti-It's A Wonderful Life - instead of friendly old Clarence leading the characters through flashbacks that illustrate the value of their lives, here we have the charming but increasingly sinister Sim carefully questioning the family and revealing their moral failings and unthinking attitudes that have in concert driven a woman to suicide. On one hand it's a damning dissections of the social attitudes of its day - but its themes still reason today, and the way in which it illustrates how our actions can impact the lives of others is still fascinating and thought-provoking.

However despite all of the above both sounding terribly bleak and tediously dry, the story is told with a real charm and the unraveling of the mystery makes for highly intriguing viewing. And there's a touch of dark magic to the proceedings. For some characters, in a fashion not unlike A Christmas Carol, will find a recognition of their sins and a redemption of sorts through the careful questioning of Sim's inspector. 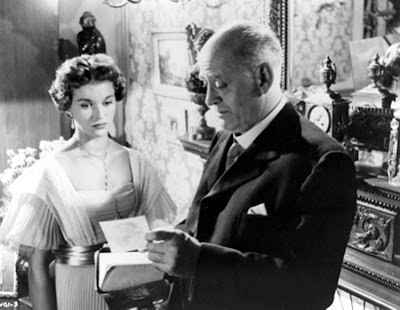 Sim of course pretty much steals the show as Inspector Poole, delivering a masterful performance as a detective who subtly dissects his witnesses. And you can't help feeling that his Poole was one of the seeds that would inspire a later detective famous for this canny questioning, Columbo. However he have excellent performances from the rest of the cast too, in particular Bryan Forbes as the young somewhat wayward son, and Jane Wenham as the unfortunate Eva Green.

Now at first the movie may appear to be just another drawing room mystery and at points may be appearing to heading into pure melodrama. However as the movie progresses you'll find this far from the usual stolid British detective story - presenting a frank look at the underside of both society and human nature, and builds to a powerful climax. It is a quite brilliant movie - rich and drama and atmosphere and delivering an ending that is as excellent as it is unexpected. 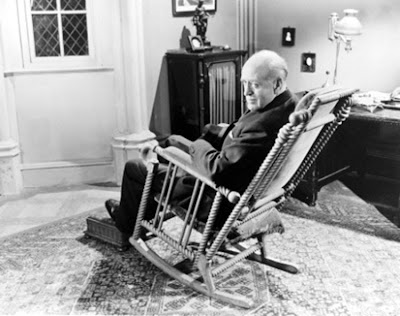