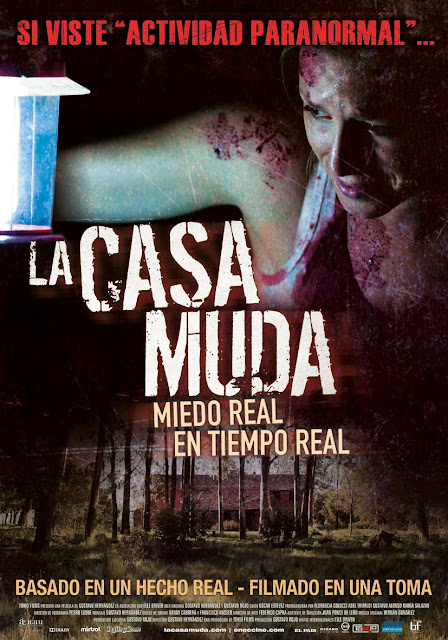 Made for $6000 and shot over just four days with a single handheld camera, this Uruguayan production is a stylish little film, far above the usual sort of movie produced in such microbudget conditions. To begin with, rather than the usual found footage antics you'd expect from a single camera/short shoot set-up instead we have a surprisingly well-crafted horror tale. And while the camera work may be informal, it very rarely lapses into irritating shakycam antics.

Instead the camera follows our young heroine as she and her father visit an old house in order to conduct repairs. However where the movie does borrow very effectively from the found footage genre is that the story plays out in real time and is constructed to appear as one continuous shot. Of course, it wasn't actually filmed in one take and but it did provide the movie with a great USP and get it some much needed attention. But it's a wonderfully crafted illusion and one that serves the movie well, making its action very immersive, immediate and intimate.

Now the movie quickly got a reputation as being very scary, and as is the case for any film that is hailed as 'properly frightening', equally swiftly there was no end of following counter reviews that proclaimed it 'boring' and 'rubbish'. Now it is true that a large amount of the movie is just a girl wandering about in a deserted house and if you're looking for buckets of blood, jiggling breasts, explosions or keyboard playing cats, then you will be in for a disappointment. However if you are looking for subtle chills and bags of atmosphere, The Silent House may just be the ticket. 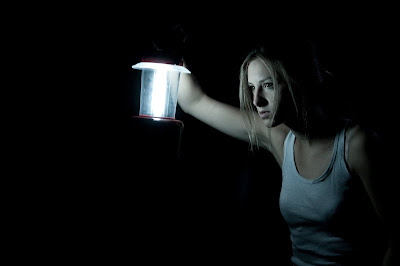 And there is a storyline here too, hinging upon the two central mysteries The Silent House presents - firstly what is going on here, and secondly why is it happening. Now the first two thirds while we are exploring these questions, the movie is going great guns. It's very creepy and highly intriguing, with the one-shot conceit being used to create some very atmospheric and dynamic story-telling.

However where the film unravels for some, is when we start to get the answers to the questions. And I must confess the reveals did someplace take me by surprise, but not necessarily in the best way. Now once I got my head around what was happening, I could appreciate the direction they were taking the storyline in, but I can also understand it's here where the movie loses some folks.

Now while I could go with what we'll just call the narrative shift, and indeed appreciated it more on reflection after the movie was over, I would say that whether you go with it or not, most viewers will probably find the first half of The Silent House stronger than the second.

However I would also point out that it not a huge dip in quality here, and it is in part just down to that age-old bugbear that when you set up a mystery, you nearly always lose some of the suspense when you reveal the answers. And that's certainly the case here, with most of the film tapping into our fears of the unknown. And regardless of how you feel about the film's resolution, the whole thing is still beautifully and imaginatively realised.

Overall I really enjoyed The Silent House and would say it just narrowly misses being a truly great fright flick. However as fear is so subjective, your mileage will most definitely vary. But certainly lovers of atmosphere and quiet chills should certain give this one a go. 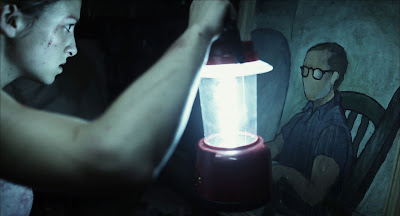