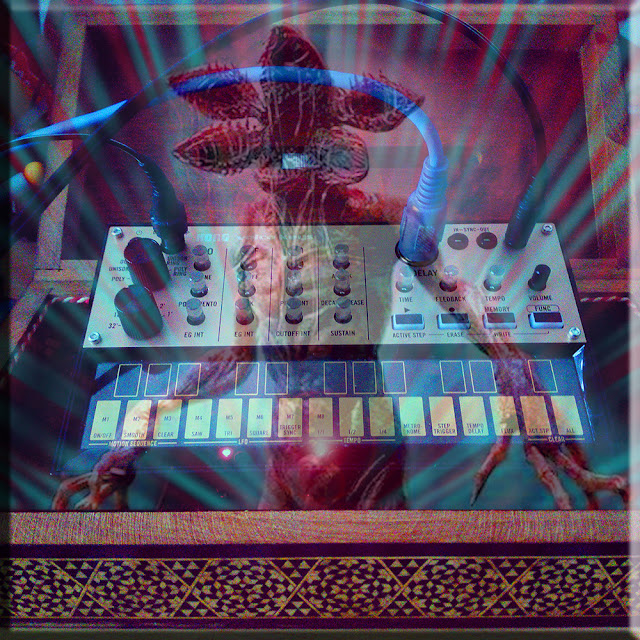 With Netflix's mega-hot series Stranger Things returning for a third season, it was somewhat inevitable that I was going to do a podcast on it. Now one of my favourite things about this show is the fact that the Duffer Brothers pay attention to every little detail. For example, they spent a long time just designing the font for the titles, searching high and low and trying many different variations until they got one that evoked 1980s paperbacks properly for them. Likewise the Stranger Things theme is a wonderful bit of old school synth.

Now when this season rolled around, I was listening to the theme with new ears. For, as previously detailed on this blog, I've recently started exploring the world of synthesisers and conducting bizarre sonic experiments on various unsuspecting instruments I have acquired. It has been a lot of fun, and it is fascinating to relisten to favourite bits of music, and now, understand how synths work a bit more,  get insights into how they were created and recorded. Now in the case of the marvellous Stranger Things theme, you have a melody line that is being played by a sequencer, occasional modulated by a synthesiser and with another synth or two adding all those long lush deep chords and whooshing sounds.

Now I am nowhere near proficient enough yet to recreate the full theme, but the notes for that melody line were quite easy to find with a little mucking about on the Arturia Keystep. Having got the line noted down, I then programmed it into my Korg Volca Keys - a very nice (and cheap) little analog synth that makes all manner of classic '80s synth sounds very easily.

So to make this track, which isn't quite a cover version of the theme, I simply let the sequencer play the melody and hit record on the DAW. As the melody played, I got to work with the filters and envelopes on the Volca Keys and modulated the sequence live, warping and mutating the sounds of the notes. So then the resulting tune was one track recorded in one take, with only a bit of production being tidying up of the fade in and fade out. It was certainly very fun to do and a good example of how just twiddling assorted knobs and dials can radically alter the sequence playing. And of course this is the joy of working with hardware synthesisers - both hands flying over the control panel, shaping and sculpting sounds live. While you might might not be playing any notes as such, the experience and process is actually very similar to improvising music on a keyboard, pushing and nudging a tune on the fly and hoping it does descend into a horrible mess of noise! 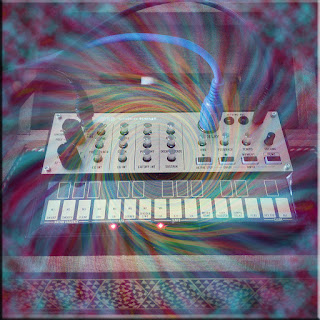