The Shadow Over Innsmouth by HP Lovecraft Chapter V 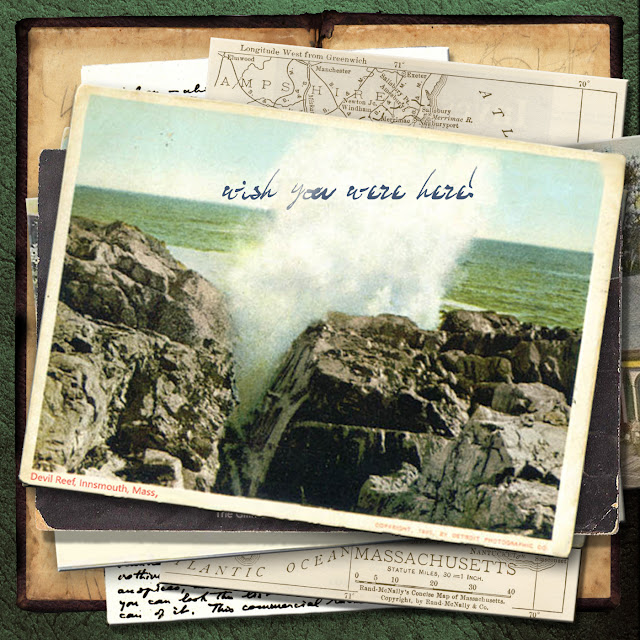 Our hero's adventures in Innsmouth might be in the past... But thanks to the endless tides on the sea's dead floor, the past never stays buried for long...

The Shadow Over Innsmouth by HP Lovecraft Chapter IV 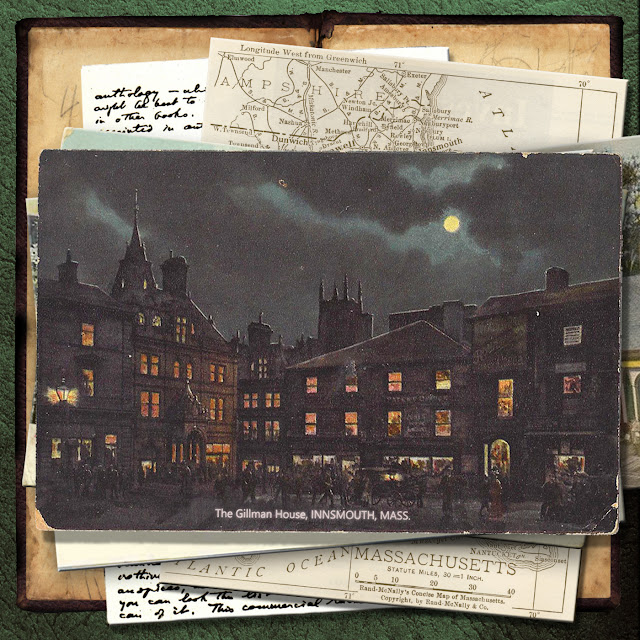 Our hero wishes to leave the benighted town and return to the sanity of Arkham... But other forces in the town have other plans for him...

The Shadow Over Innsmouth by HP Lovecraft Chapter III 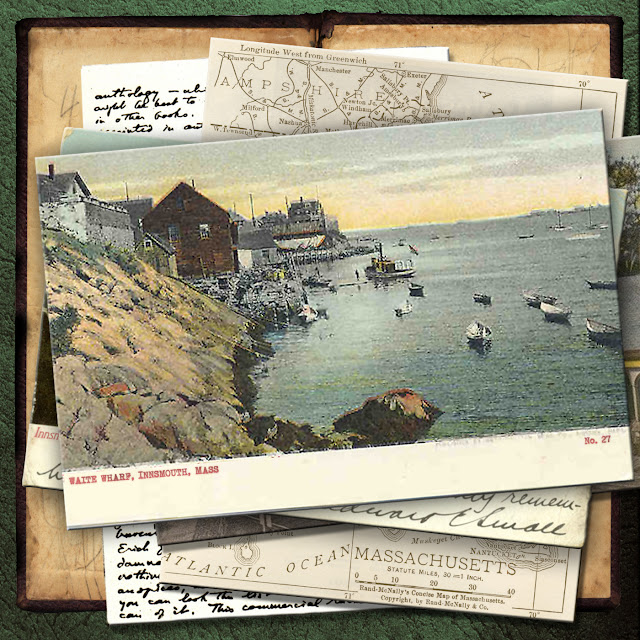 In this chapter our hero hears strange and troubling tales of Innsmouth's shadowed history...

The Shadow Over Innsmouth by HP Lovecraft Chapter II 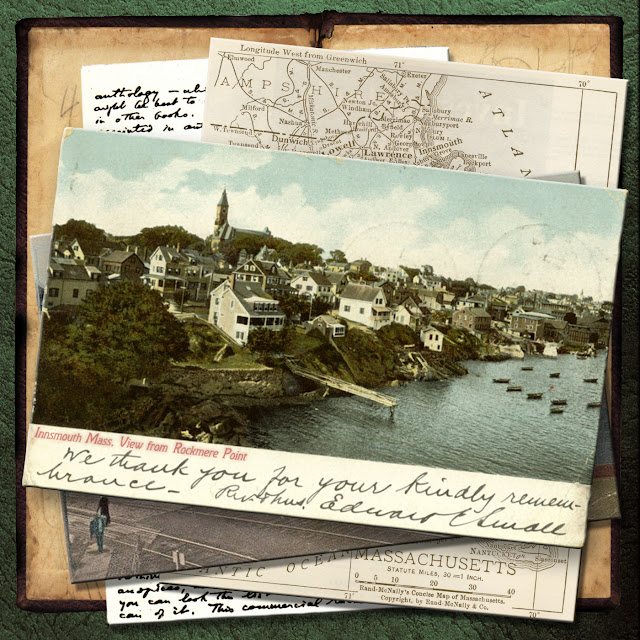 In the second chapter, our hero reaches the legend-haunted seaport of  Innsmouth... 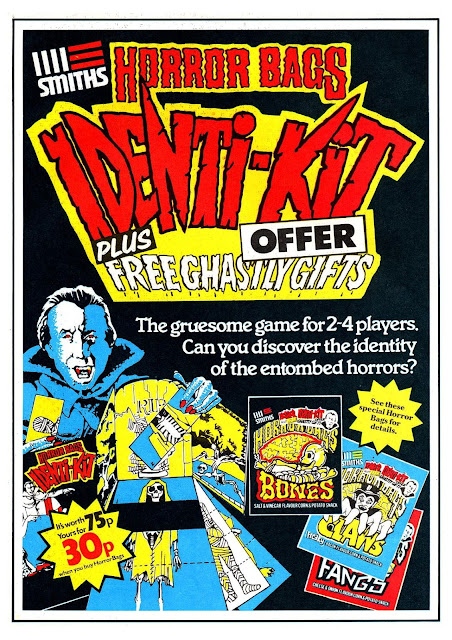 Welcome once again dear fiends to the 'Orrible 'Ouse of Terrible Old Tat! Over the last few weeks we have been exploring the spooky world of Horror Bags, the snacks that went crunch in the night! This range of crisps from the mid 1970s carved out a place in our hearts, but also an eerie empire of their own monstrous merchandise! And in this visit to the archives of the 'Orrible Ouse we are going to take a look at the bestest items Dracula ever offered!

As we have already seen, Horror Bags seemingly always had some mail-order offer going, which followed the then traditional format of collect so many empty bags, plus sometimes a small sum of pocket money, to get the latest proffered ghoulish goodies. However a few packets and a handful of loose change went a long way back in the 1970s... or possibly the ghouls in charge of the Horror Bags merch has miscalculated the exchange rate between the UK and Transylvania. Anyhow, whichever way it was, there was some top-notch tat up for grabs for very little indeed. 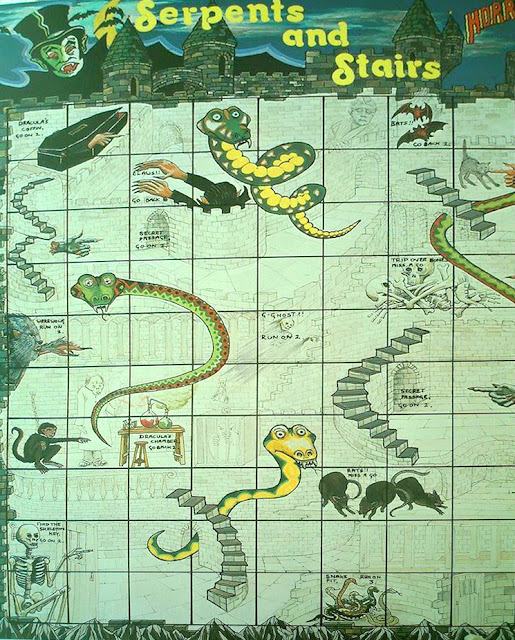 And it should also be noted that the gruesome gifts offered by Horror Bags were especially created for the range - it was all bespoke stuff, no shifting of cheaply acquired leftover stock here! A perfect example is the Serpents and Stairs game. Now this marvellously macabre board game, which could be yours for just three empty bags and 30p, was obviously just a horror-themed version of that old family favourite, Snakes And Ladders. But what a gloriously ghoulish redesign it was! Not bad at all for a third of a quid and some litter! 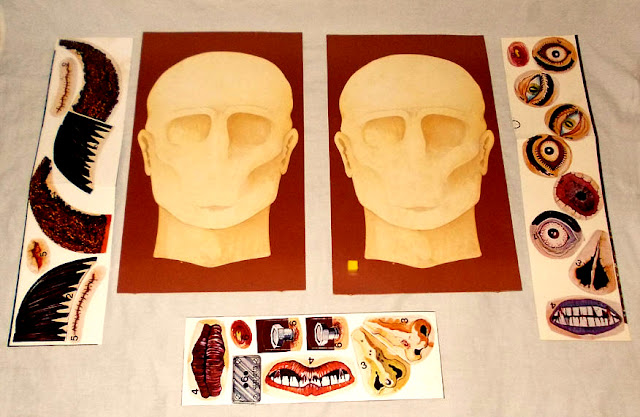 However other giveaways were even more elaborate. The Fiendish Faces kit was a wonderfully simple idea that offered hours of eerie entertainment and imaginative play. Basically the kit consisted of a cadaverous but blank face and a large bag of assorted eyes, noses, eyebrows, lips and fangs. And the idea was that you could create your gruesome ghouls by combining different fearsome features. As I said, a simple concept but one that delivered hours of fiendish fun. And I should know, for although I  never got my grubby little mitts on this particular giveaway, I did have Remus playlist that was very similar - however thanks to the said playkit being too obscure to date, I can't say who borrowed the concept off who. 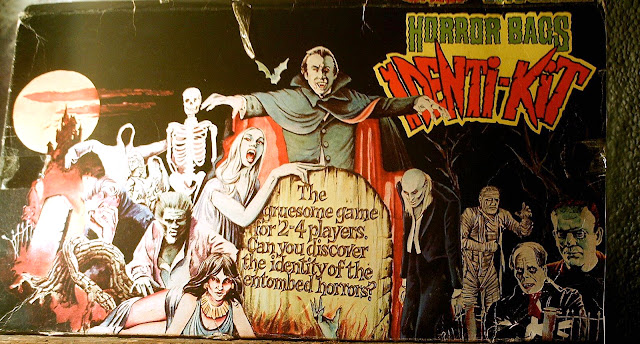 But perhaps the best ghastly gift offered by Horror Bags was the Identi-Kit game - again yours for just a few wrappers and thirty of your earth pence. And unlike the previous two ghoulish giveaways, this appeared to be a wholly original game. In it were six familiar fiends - the Wolfman, a Skeleton, Dracula, Dracula's Bride, the Mummy, and Frankenstein's Monster. However each of them had sadly suffered a horrific fate - they had been chopped into six pieces. So then, each player got a gravestone to make a tomb, and all the monster body part cards were shuffled into a deck. On your go, you drew a card and tried and reassemble one of the monsters on your tomb... Something that was not quite as easy as it sounded in play. 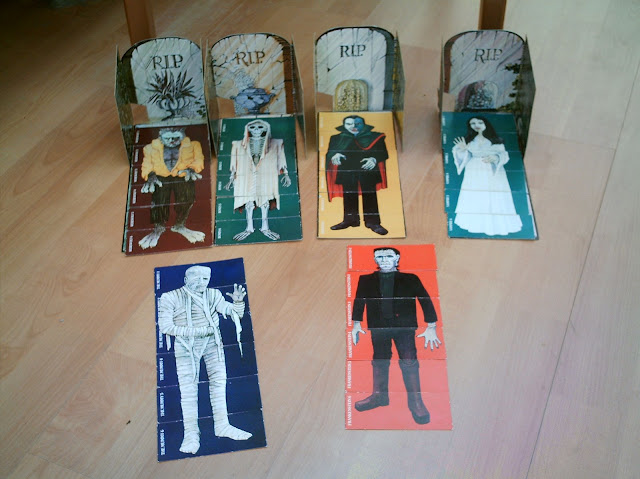 Again, the concept was a simple one but beautifully executed, and it was a great looking little game that had straightforward rules, challenging gameplay and a great theme and atmosphere. Things that was often very lacking in other board games that cost much much more... Yes, Tank Command I am looking at you! In fact, it a shame that Drac and co., or at least the suits at Smiths hadn't taken the bolder move and had all these marvellous games available in the shops. For with great games like these sold for real pocket money prices, Horror Bags could certainly have given the big boys at Ideal, Denys Fisher and MB a run for their money.

Indeed it is still somewhat surprising to me that given the popularity of the range, Horror Bags were somewhat abruptly phased out. And while their successor to the snacks crown is still around today, even the mighty Monster Munch never boasted such a marvellous array of macabre merchandise and mail-order magic. But you never know, some one might one day resurrect the brand. Let's face it, there a whole range of snacks with the marketing and merch already planned out just waiting to return to the shelves. Plus of course, traditionally Dracula never stays dead in his coffin too long... 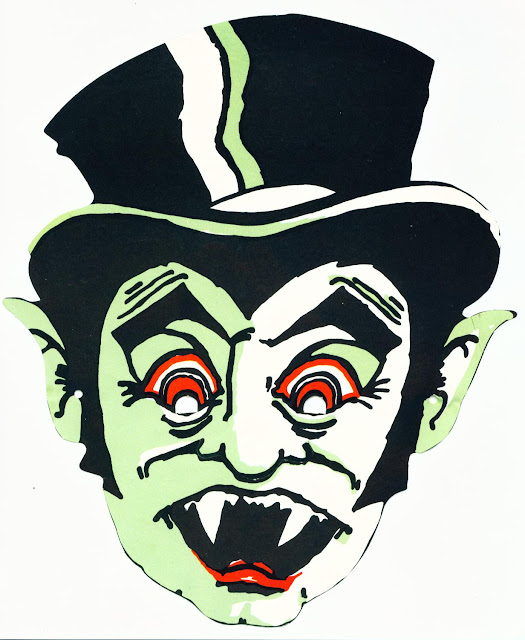 The Shadow Over Innsmouth by HP Lovecraft Chapter I 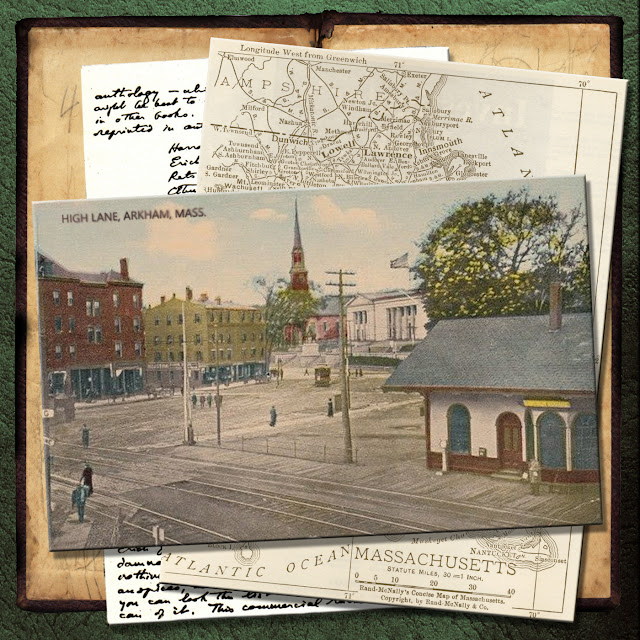 DIRECT DOWNLOAD - The Shadow Over Innsmouth by HP Lovecraft Chapter I 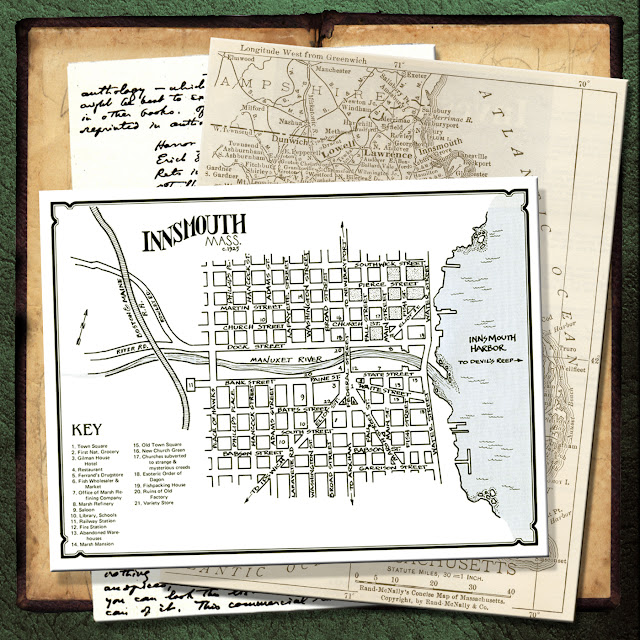 We are about to embark on the most ambitious reading Mr Jim Moon has so far attempted - the classic novella The Shadow Over Innsmouth by HP Lovecraft. In this episode we introduce the tale which will follow in five chapters over the next month!