FOLKLORE ON FRIDAY - The Black Lady of Bradley Woods 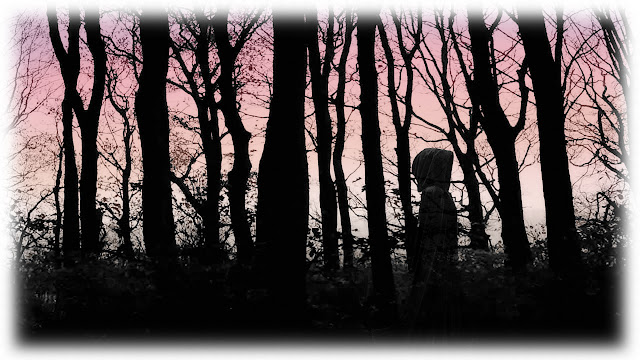 Last week we were looking at the local legend of Peg Powler, and this week we're delving into regional lore once more to encounter another fearsome female apparition. As I remarked in my little series Species of Spectres, one of the common features we can categorise folkloric ghosts by is their colour. And indeed the British Isles abound with assorted phantoms that are named after the hues they appear in. Among these sorts of ghost, White Ladies are quite common, however in Lincolnshire we have a rare example of an opposite type of haunting - the Black Lady of Bradley Woods.

Roughly three or so miles from Grimsby, lies the little village of Bradley. It is a quaint little place, and although the village is undoubtedly ancient - for example, its church, St. George's, dates back to Norman times, it has always been a small place, and even today its population still numbers just around only 200 souls. Just south of the village, lies the Dixon Nature Reserve and Bradley Woods. However Bradley Woods has long been home to something other than the usual wildlife. For local tradition holds that the woods are haunted by a mysterious figure known as the Black Lady of Bradley Woods.

According to eye witnesses down the years, this spectre appears the form of a young woman, all dressed in a long black cloak, with a tear-stained face. Mostly she is seen walking in the woods, however there are several tales of folks just seeing a pair of eyes watching them, or simply having a sense of being followed. While there are no stories of her ever attacking or harming anyone, the Black Lady has been used by parents as a scary cautionary figure for generations, with the classic line being "If you don't behave, the Black Lady will come and get you!"

So who is the mysterious Black Lady? Well, while local lore has never provided a name for her, there is a most commonly reproduced tale of the origin of the Black Lady. As you might expect, there are several variant versions. For example, one version holds that these events occurred in the the Barons' War - two civil wars that occurred in the reign of King John in 1215, and a second uprising against Henry III in 1264 - while another states the tale happened during the time of the Crusades. But regardless of teh dating, the story itself stays more or less the same, with the most common version actually placing the events in the War of the Roses (1455 to 1487).

According to the tale, deep in Bradley Woods was a cottage, where lived a woodcutter, his wife and young baby child. However these times of strife saw the woodcutter enter the military, with most versions claiming he was forcibly pressed into service. So then, the woodcutter had to leave his home, and left his wife and child with no idea when he would be back. And every day, his forlorn wife would pick up their child and wander to the edge of the woods and look out for her much missed husband returning home.

However one day while making her daily walk through the woods, according some versions of the tale, on New Year's Day,  the young wife encountered a band of mounted men. These fellows were soldiers, usually alleged to be from an enemy force that have entered the county. But wherever they came from, villains they certainly were. They demanded money and drink from the woman, and then beat her, raped her, and rode off taking her child with them. Naturally our lady was devastated and never truly recovered from this terrible ordeal. She dressed in black for the rest of her life, and continually wandered the woods looking for her child. Even after he husband returned, she continued her heart-breaking search until the day she died. Of course, not even death could stop her search and she wanders the woods to this very day, still looking for her lost child...

However that isn't the only tale told of the Black Lady of Bradley Woods, and next week we shall delving further into the legends and lore surrounding this particular haunting! 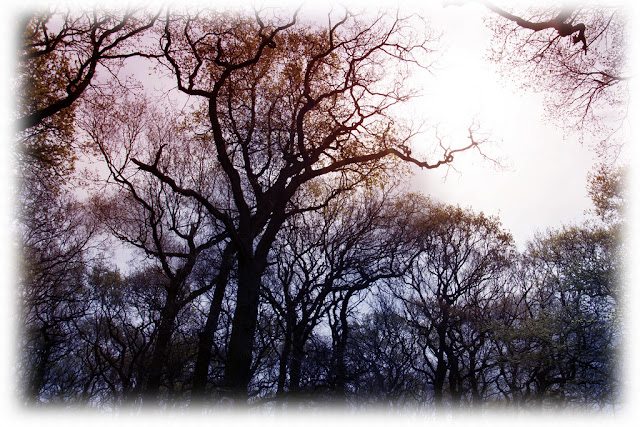