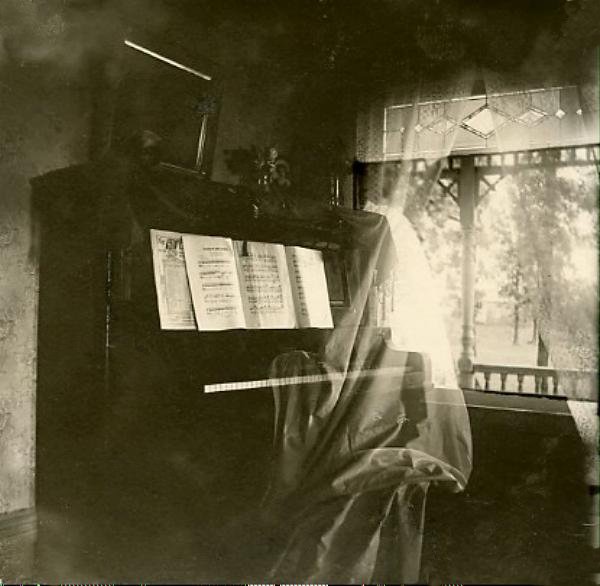 Welcome back to our little series on trying to define ghosts by examining the types of stories they appear in. Now then, last time we were looking at how different phantoms can be classified by looking at when old folk tales and legends say they appear, and we discovered a great many spooks in old stories being alleged to appear on certain nights of the year. However this particular set of spectres, which we dubbed Calendar Observers, may be defined further, for there is a possible subcategory here.

For example, take this haunting - in Bray, in County Wicklow in Ireland, every Midsummer night, the shade of a woman in white is said to appear on a rock called Lover's Leap. Legend tells that she was a lover who was unfaithful, and when her infidelity was discovered her handsome beau died from a broken heart. Overcome with guilt, the lady threw herself from the rock and now reappears every year on the same spot. Now here, while we have a phantom making an annual recurring appearance on a notable day in the calendar, at the same time the date in question has a personal significance to the spectre. And this is often the case in folklore - a ghost will reappear every year, most commonly on the night of their death. And this particular legion of spooks we might call Anniversary Apparitions.

These phantoms are that appear in the most archetypal all of folk tales about hauntings; all those stories that detail some tragedy or murder, and then draw to a close with the lines "...and every year on upon that night, their ghost appears..." And here we are stepping into another possible definition, For quite often it is said that on the night in question (for it is almost always night-time in such tales), aside from the ghost appearing to mark the anniversary, in many cases, onlookers brave enough to gather at the appointed place will see the tragic events played out once more in spectral form. A well-known example of this is said to occur a little later this very month on the 23rd of October, for at Edgehill in Warwick, it is claimed you can see and hear a ghostly rerun of the famous battle fought there during the Civil War in 1642. 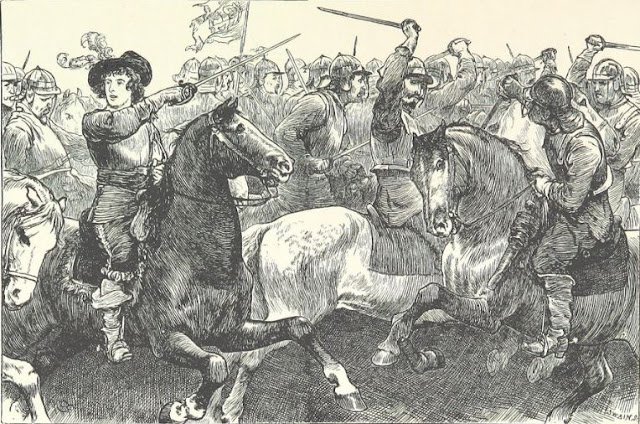 However we should note that not all of these Reenacting Revenants are necessarily bound to doing their spectral action replays on a specific date. Many ghosts are said to be seen repeating the same actions time and time again by witnesses down the years. Now the fact that numerous ghostly tales allege that apparitions are seen doing the same things over and over again has led to two of the most famous theories about ghosts. The first is the idea that hauntings are actually psychic recordings embedded in the material of the places they appear, recordings that are somehow accidentally triggered into replaying over the years.

Now the second theory, which partly overlaps with the first, is the idea that if ghosts are seen doing what they did in life, this explains why they famously can walk through walls. For they are merely following the layout of the buildings and locations as they were in their own lifetimes. This is exemplified by the famous story of ghostly Romans being seen tramping through the cellars of the Treasurer's House in Minster Yard in York. For if seeing a whole legion of Roman ghosts wasn't strange enough, the bizarre thing was that it was reported that the phantom regiment appeared to be sunk knee-deep in the floor, and seemed to be wading through it. However archaeological work suggests an interesting answer to this surreal spectral spectacle - for a few years later it was discovered that a few feet beneath the cellar floor was the remains of a Roman road... 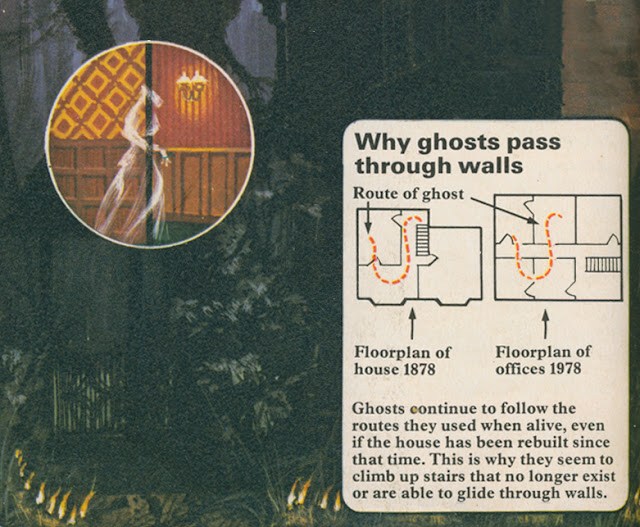