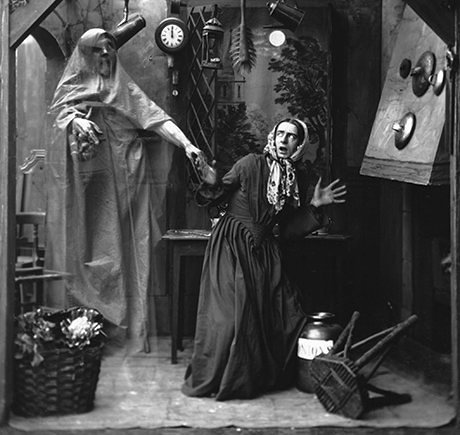 Welcome back the second part of our little exercise in classifying different types of spook and spectre! Now obviously the exact nature of all things ghostly is somewhat nebulous to say the least, and hence we are concentrating our efforts on examining the different types of ghost we find in folk tales and legends. There are many tales told of phantoms and apparitions, and when you look closely, clear patterns begin emerge; in the sort of stories that are recounted, and in the nature of ghosts that manifest in them.

In the first part, we saw how ghosts in folklore may be defined by who they were in life, and where they are said to haunt. And in this second set of tentative categories for all things spectral, the next question we can use to define these visitants from the spirit world is when are they said to appear. Now if you ask many folks when ghosts will appear, the first answer you will receive is Halloween night. Certainly in ages past there were assorted superstitions about divination on Halloween night (see here for details). And in popular culture - largely thanks to a highly influential poem by Robert Burns - there has long been a tradition of telling spooky tales as part of the evening's entertainments. But surprisingly, genuine folk tales of ghosts appearing on Halloween are actually somewhat thinner on the ground than you'd expect. For as I have been detailing in my annual podcasts on the origins of Halloween (see Part I here and Part II here), this day has had many other associations over the centuries and it is only relatively recently that it has become firmly associated with all things scary and supernatural. 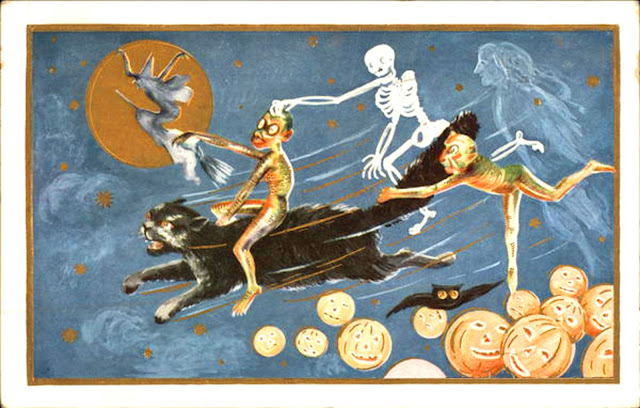 However there are a range of ghosts who are said only to appear at certain notable times of the year, a group of spectres we shall dub the Calendar Observers. Now these are phantoms that often only ever make an annual appearance, specifically on one special day (or night) of the year. Now noted dates in the calendar, such as dates of old festivals, solstices and old Saint's days, are particular favourites. For example, in ages past Midsummer's Eve was said to be a time when the veil between worlds were thin, and aside from many folk tales about faery powers being abroad, there are many spectres who make an annual haunting on this night. For example, there is the legend connected to  an old oak tree at Broadwater Green in Worthing, Surrey - it said that on Midsummer Night a skeletal spectre appears and dances a jig until the sun rises the next morn. Similarly, over at Long Barrow in Wiltshire, a pale hound is said to appear on this night and roam around the ancient stones.

Now according to ancient medieval legends, ghosts and goblins were allegedly forbidden from walking abroad at Christmas time, as it was the holy anniversary of Christ's birth. However judging from the numerous folk tales of spectres appearing either on Christmas Eve or on Christmas Day, it would appear that there is not a shred of truth to that legend. For Yuletide is perhaps the most popular time of the year for ghosts, favoured by a great many of Calendar Observers. To mention just a few - on Christmas Eve, the shade of Anne Boleyn haunts Hever Castle, a ghostly coach complete with a headless horseman rides up to Roos Hall in Beccles, while at Kersal Cell in Salford a ghostly monk makes his annual appearance. Furthermore according to legend, all the ghosts in the British Isles meet for an annual gathering on the night of December 21st - which is also the Winter Solstice - at the Stiper Stones in Shropshire. Given that so many will be busy making their yearly appearances in the next few days, one wonders whether this is some kind of official meeting planning haunting and manifestations for the coming year... 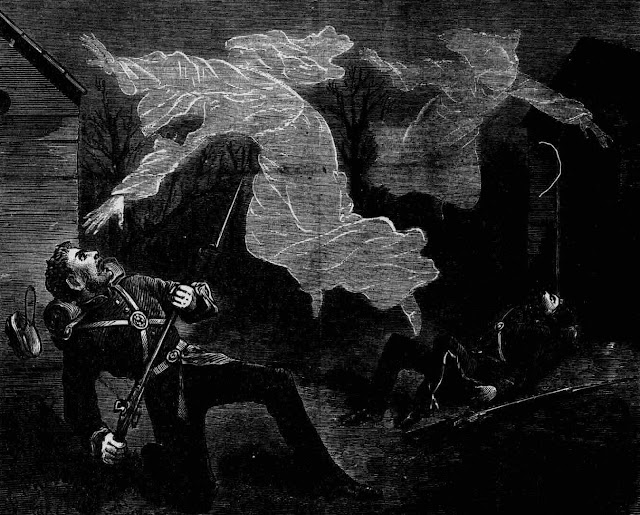