FOLKLORE ON FRIDAY - The Riddle of the Churchyard Yew Part II 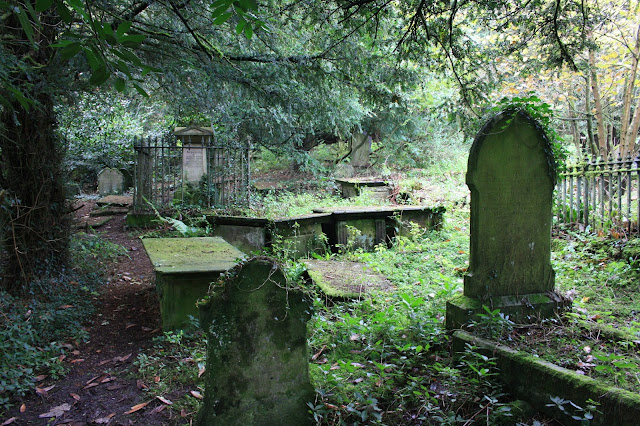 Well do I know thee by thy trusty yew,
Cheerless, unsocial plant! that loves to dwell
‘Midst skulls and coffins, epitaphs and worms:
Where light-heel’d ghosts, and visionary shades,
Beneath the wan cold moon (as fame reports)
Embodied, thick, perform their mystic rounds:
No other merriment, dull tree! is thine.

from The Grave, A Poem by Robert Blair

Last week we began digging into an oft-debated mystery: why are graveyards planted with yew trees. And after debunking several commonly trotted out theories, we traced the association of the yew tree with death and funerals back to ancient times. As a writer in The Gentleman's Magazine (1781) surmises neatly for us -

We read in the Antiquities of Greece and Rome that the branches of the cypress and yew were the usual signals to denote a house in mourning. Now, sir, as Death was a deity among the antients (the daughter of Sleep and Night), and was by them represented in the same manner, with the addition only of a long robe embroidered with stars, I think we may fairly conclude that the custom of planting the yew in churchyards took its rise from Pagan superstition, and that it is as old as the conquest of Britain by Julius Caesar.

And certainly we do have very good evidence of the yew and cypress being used in funeral customs in the United Kingdom during the Roman occupation. For example, in a very revered work by the pioneering polymath Sir Thomas Browne, entitled  Hydriotaphia, Urn Burial, or, a Discourse of the Sepulchral Urns lately found in Norfolk, published in 1658, he notes that -

And here we are perhaps getting closer to the heart of our riddle, for in Classical times, and often in the ancient pagan world too, cremation was more common than burials. Now yew wood burns at a very high temperature, and to cremate a  human body one does need a very hot fire to burn the bones. Furthermore, yews are highly aromatic, and so building a funeral pyre using timbers from resinous trees such as the ones listed by Browne has another very practical use - namely masking the smell of charred flesh. Now one of the reasons why cremation was so popular is the fact that fire was seen as cleansing, and there are of course many traditions which feature flames as a symbol of  spiritual purification. And once again on a practical level, cremating a body did effectively neutralise the threat of infection from decomposing corpses.

However on the subject of the yew in particular, Browne goes on to wonder -


Whether the planting of yewe in churchyards holds its original from ancient funerall rites, or as an embleme of resurrection from its perpetual verdure, may also admit conjecture.

Now this opens up another aspect of the yew tree - its evergreen nature. Now trees and plants that do not shed their leaves in winter have long had association with eternal life and rebirth. However one does wonder why it seems to be the darker and woodier yews and cypresses that have gained funereal associations. One hypothesis is that the link with death specifically came from the yew's poisonous nature. The tree was widely to believed to so toxic that is was dangerous even to sleep in its shade. And in fact there is some truth in this old piece of English folklore - for, if the weather is hot enough the yew tree's deadly toxins such as taxin, taxiphyllin, and ephedrine, can evaporate from the sap. And hence it is, theoretically at least, possible to become poisoned if one is sitting close by the trunk on a hot day. 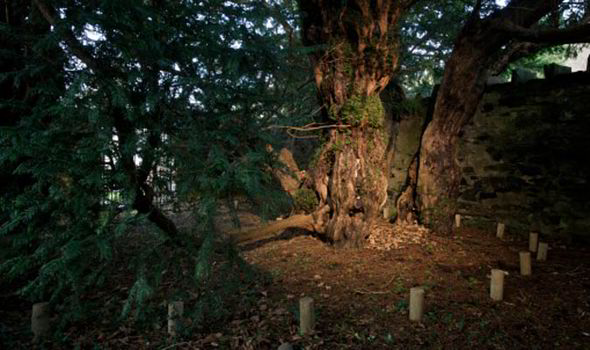 But also I suspect there are also some underlying practical considerations that made the yew more associated with funerals and burials than other evergreens such as holly or ivy. Our ancestors may have been many centuries away from the discovery of bacteria, but they knew well enough there was a hazard of infection from the recently dead. Now to this day we associate the smell of coniferous trees with cleanliness, to the point it has entered our language - "pine fresh".  And I suspect this is why we find yew, cypress and other of the more resinous evergreen plants and trees being part of funeral decorations in many cultures - for their fresh scents were thought to clear the air of noxious vapours and unclean forces. And certainly it is a tradition that has crossed both the centuries and different cultures. The Oxford Book of English Folklore (2000) notes that up until the 19th century, it was a popular custom to lay boughs and wreaths of yew upon a coffin before burial, with several regional variants. For example in 18th century Somerset, the Reverend John Collinson records -

Our forebears were particularly careful in preserving this funeral tree whose branches it was usual for mourners to carry in solemn procession to the grave, and afterwards deposit therein under the bodies of their dear friends

Another interesting variation is found in Ireland, where boughs of yew trees are used in Palm Sunday parades. Indeed in some regions this special day in the run up to Easter is even known as Domhnach an Iúir, which means "Yew Sunday". Now some have theorised that yew branches were chosen for their supposed resemblance to palm leaves, however looking at the two trees it is hard to imagine any that are perhaps more dissimilar! Therefore I'm rather more inclined to suspect the yew was chosen for its funereal associations - for after all, Palm Sunday is the beginning of a series of events that will lead to the Crucifixion of Jesus. And it is especially fitting considering that the Yew tree also has folkloric connections to rebirth and eternal life as well as death.

As we remarked in the first part of this little investigation, yew trees are extraordinarily long lived, and they possess remarkable powers of regeneration. Indeed yew branches can actually reach down to the ground and burrow under the soil to throw up new stems, creating new trunks around themselves. And hence while the yew tree had a fearsome reputation thanks to its toxic nature, with the 17th botanist Nicholas Culpeper ominous proclaiming "the most active vegetable poison known in the whole world, for in a very small dose it instantly induces death without any previous disorder", our forebears were equally well aware of its resilience, longevity and its powers of regeneration. Truly it was a tree of both life and death. 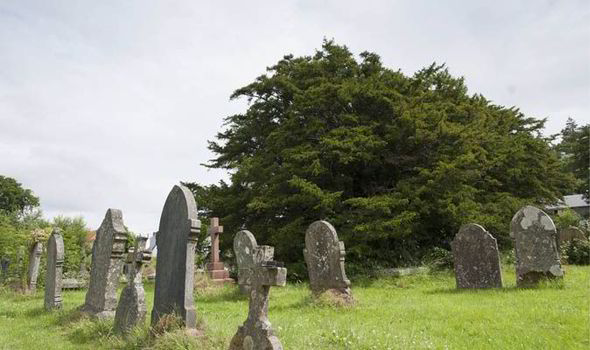 Recent research into the age of yew trees certainly suggest that our ancient forebears were probably well aware of the tree's astonishing life-span. It is currently reckoned that one of the oldest living things in Europe is an ancient yew tree growing in St Cynog’s churchyard at Defynnog in Powys, and is believed to be more than five thousand years old! And this venerable tree is not alone: for example, the yew growing in the churchyard of Fortingall in Perthshire, Scotland is reckoned to be in the region of three thousand years old, while the yew where King John alleged signed the Magna Carter, which stands in the now ruined priory of Ankerwycke in Berkshire has witnessed at least 2,000 years.  And modern tests have established that there are many more ancient trees still growing throughout the British Isles.

However this does rather raise a large question - for such ancient trees almost certainly predate the churches whose graveyards they stand in. All of which makes one wonder if there is perhaps more to the theory that the churches were constructed on ancient places of pagan worship. Now while we rightly pointed out last week, we actually know very little about the beliefs and practises of the Druids, however we do know considerably more about the culture of later pagan inhabitants of ancient Britain. After the Roman Empire collapsed, a new wave of colonists arrived but this time from Northern Europe. And rather than being the barbarous Vikings, beloved of historical cliches, a great many Norse, Scandinavian and Germanic folks came and peacefully settled in old England.

Now their religion revered a pantheon of gods and goddess, lead by the All-Father, most commonly known as Odin. Now in Norse mythology there were said to be nine worlds which were supported by the branches of an immense cosmic tree, Yggdrasil. And Odin had gained his wisdom, and not to mention his considerable powers of magic, by hanging himself on this world tree in a ritual of death and rebirth. Now for decades, scholars have referred to Yggdrasil as an ash-tree, however recent research, most notably by Fred Hageneder, has revealed that this is probably a mistranslation. For in the oldest sagas, and from where we gain much of our knowledge of Norse culture, Yggdrasil is referred to as vetgrønster vida which means "most evergreen tree", and as barraskr meaning "needle-ash". Hageneder therefore has claimed that Yggdrasil was actually a yew tree not an ash, and scholars have found that while there is no archaeological evidence for the ash being important in Norse rituals, there are many example of the yew tree being revered in their culture.

Now considering that Christianity co-existed with Norse and Germanic paganism for several centuries, with the Catholic Church only becoming properly established in the British Isles around the 6th century, and it taking another couple of centuries to completely convert the country, it is therefore very possible that some already ancient yew trees may have had some religious importance to the pagan locals, and hence churches were built nearby them. Clearly with modern research proving the incredible age of some of our churchyard yews, and the recent revelations of the nature of Yggdrasil, it perhaps time to have a closer look at the role of the Yew in ancient British paganism and how t relates to the history of Christianity in these isles.

Certainly the close links to both the Classical world and the Northern European pagan traditions we have uncovered certainly suggest that the yew tree has long been revered as a tree of life and death, and the seemingly ancient tradition of planting yews in graveyards is merely one of the more recent additions to the lore of this magical tree. 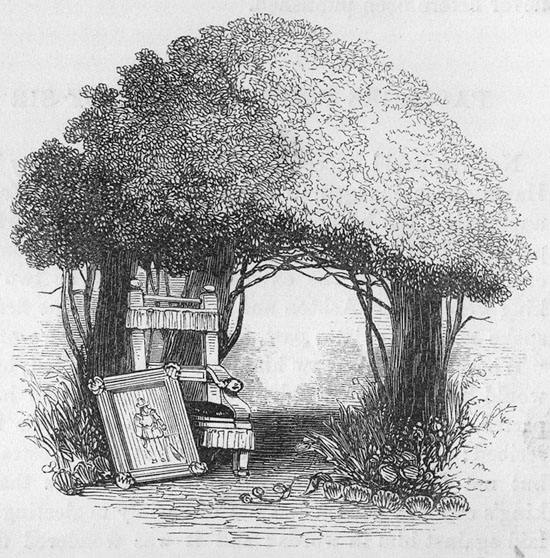 Interesting article. Thanks. Looking forward to the conclusion.