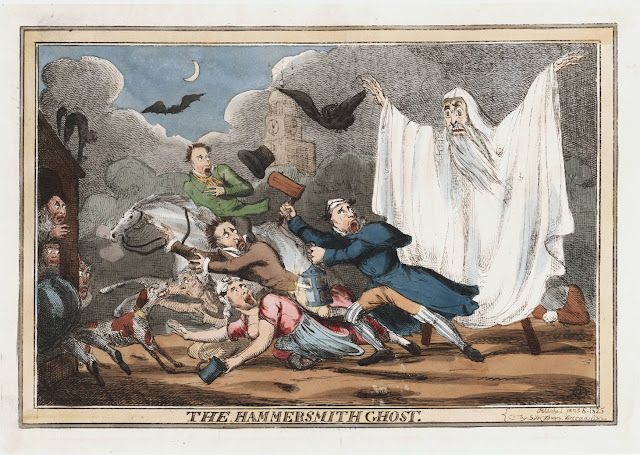 Last time on Folklore on Friday, we heard the strange tale of the Hammersmith Ghost. In the winter of 1803, a strange phantom clad in white robes was terrorizing this little corner of London, and the weird affair came to a head in January 1804, when a vigilante patrolling the darkened streets, spotted and shot the spectral horror. However the 'ghost' turned out to be another local man, one Thomas Millwood, who tragically died from his wounds, and his shooter, one Frances Smith, was brought to trial for his murder. The case was heard at the Central Criminal Court of England and Wales, more famously known across the world as the Old Bailey, and is to this day one of the strangest trials ever brought before that venerable court*.

What had transpired was this: on the nights of Tuesday the 3rd of January 1804, Smith had volunteered to accompany the local night watch William Girdle on his nightly rounds. The two had agreed a code phrase to identify each other in the gloom of the streets, and the pair split up, with Girdle undertaking his usual rounds while Smith decamped to Black Lion Lane, which they hazarded was where the alleged phantom would flee if Girdle succeeded in flushing him out.

Elsewhere in Hammersmith, around ten o'clock, a local plasterer, Thomas Millwood left the house where he resided with his family. As he was dressed in white flannel trousers, an apron and a white flannel jacket - his working clothes - his sister was worried he might be mistaken for the ghost and went to the door to call him back. Indeed as the court would hear, her concern was justified for as Millwood's mother-in-law a Mrs Fulbrooke would testify, a short time earlier Millwood while in his plaster's whites had scared some other local folks -


On Saturday evening, he and I were at home, for he lived with me; he said he had frightened two ladies and a gentleman who were coming along the terrace in a carriage, for that the man said, he dared to say there goes the ghost; that he said he was no more a ghost than he was, and asked him, using a bad word, did he want a punch of the head; I begged of him to change his dress; Thomas, says I, as there is a piece of work about the ghost, and your cloaths look white, pray do put on your great coat, that you may not run any danger

However by the time Anne Millwood reached the doors, her brother Thomas was already a good way down Black Lion Lane, and as she stood on the step she heard Smith's shouted challenge and a shot fired... 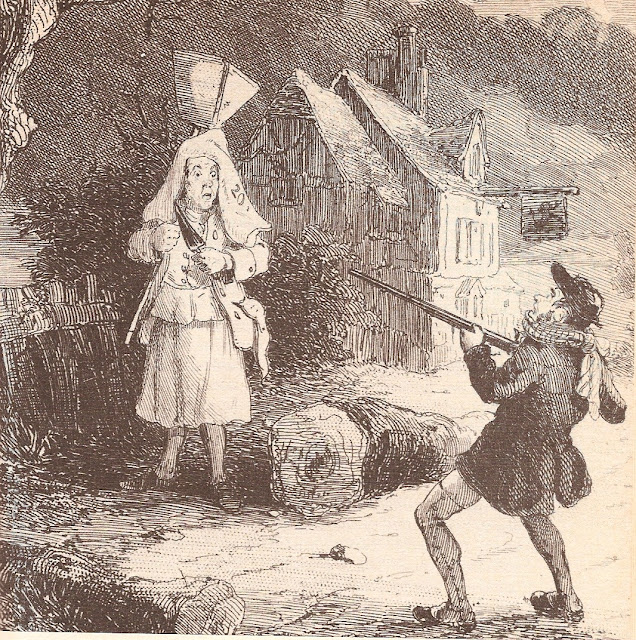 Now at the trial, it was argued that Smith had acted in self defence, and evidence was heard to substantiate his story that the Hammersmith area was indeed in the grip of a panic about a ghostly attacker. Thomas Groom, the man who the 'ghost' had attempted to strangle was called to the Old Bailey and the court heard his tale, while William Girdle recounted his previous encounter with the phantom. The court also heard that Smith had been instantly struck with remorse and witnesses spoke of his gentle character - this was not a violent, poorly tempered man, but an honest fellow who being terrified had made a terrible but honest mistake.

After hearing the facts of the case, the jury found Smith guilty of manslaughter, but the Bench - both the defending and prosecuting lawyers - argued that in this instance only a verdict of murder or a complete acquittal would do. The presiding judge Lord Chief Baron concurred and the jury was asked to consider their verdict again. This time, they voted him guilty of murder and Smith was sentenced to death. However Lord Chief Baron MacDonald was unhappy with the final verdict for Smith's conviction resided in something of legal grey area.

On one hand, the law, as was written then, allowed Smith to use a degree of force to apprehend a suspected wrong-doer. In these days before a proper police service existed, this kind of citizens' arrest was accepted and commonplace. However the law was unclear what degree of force was tolerable and what is more, what degree of force was acceptable for a man in fear of his own safety to deploy in self-defense. In the case of Smith, the court had decided that he was indeed honestly mistaken that he was facing the dreaded Hammersmith phantom, but equally the law as it stood made no allowance for that when he killed the believed assailant - he had deliberately fired upon the man and killed him, hence it was murder.

As it turned out, the legal questions raised by the Hammersmith Ghost would continue to vex English law until the end of the 20th century. Indeed the matter was only settled with a ruling in 1984, some one hundred and eighty years later, on the limits of self defence, and discussion of Smith's case greatly informed the new legal standards. Fortunately for Smith himself however, Lord Chief Baron MacDonald acted on his troubles over the trial and raised the matter with the king himself. Smith received a reprieve while the matter was considered and given the legal questions over his actions, his sentence was commuted to a year's imprisonment and at the end of the that time he received a full pardon.

But what of the mysterious ghost? Well, a few days after Smith was taken to prison, another local man, a shoemaker named John Graham came forward and admitted to masquerading as the ghost. Apparently Graham had an apprentice who had been teasing his family with tales of the ghost and even terrifying them by making ghostly scratching sounds on the walls of his house. Graham resolved to give the young fellow a taste of his own medicine, and give the lad a good scare. And it was Graham, dressed in a white sheet, that Girdle had encountered on the 29th of December. There is no record or any legal action brought against him, but it is recorded that Graham deeply regretted his part in escalating the panic, and sang at Millwood's funeral.

So then, who or what the original white shrouded figure that haunted Hammersmith was remains unknown. Was it another prankster? Or perhaps a genuine spectre? We shall never know... However the story doesn't quite end there, for there is another ghost associated with these events. Over the years the Black Lion Inn has had many ghostly manifestations. Over the decades, ghostly footsteps have been heard, patrons have felt unseen hands tap their shoulders, lights have turned themselves on and off, and folks have reported hearing an eerie voice calling their name. Now the Black Lion Inn was where the wounded Millwood was taken, and it is said that the source of the strange hauntings there is the unquiet spirit of the unfortunate Thomas Millwood...

* In fact, the full transcript of the trial may be read here 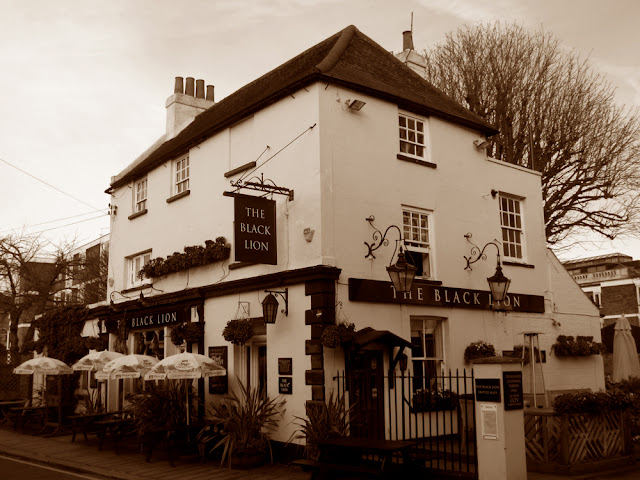