FOLKLORE ON FRIDAY - Hallowed Be Thy Charms 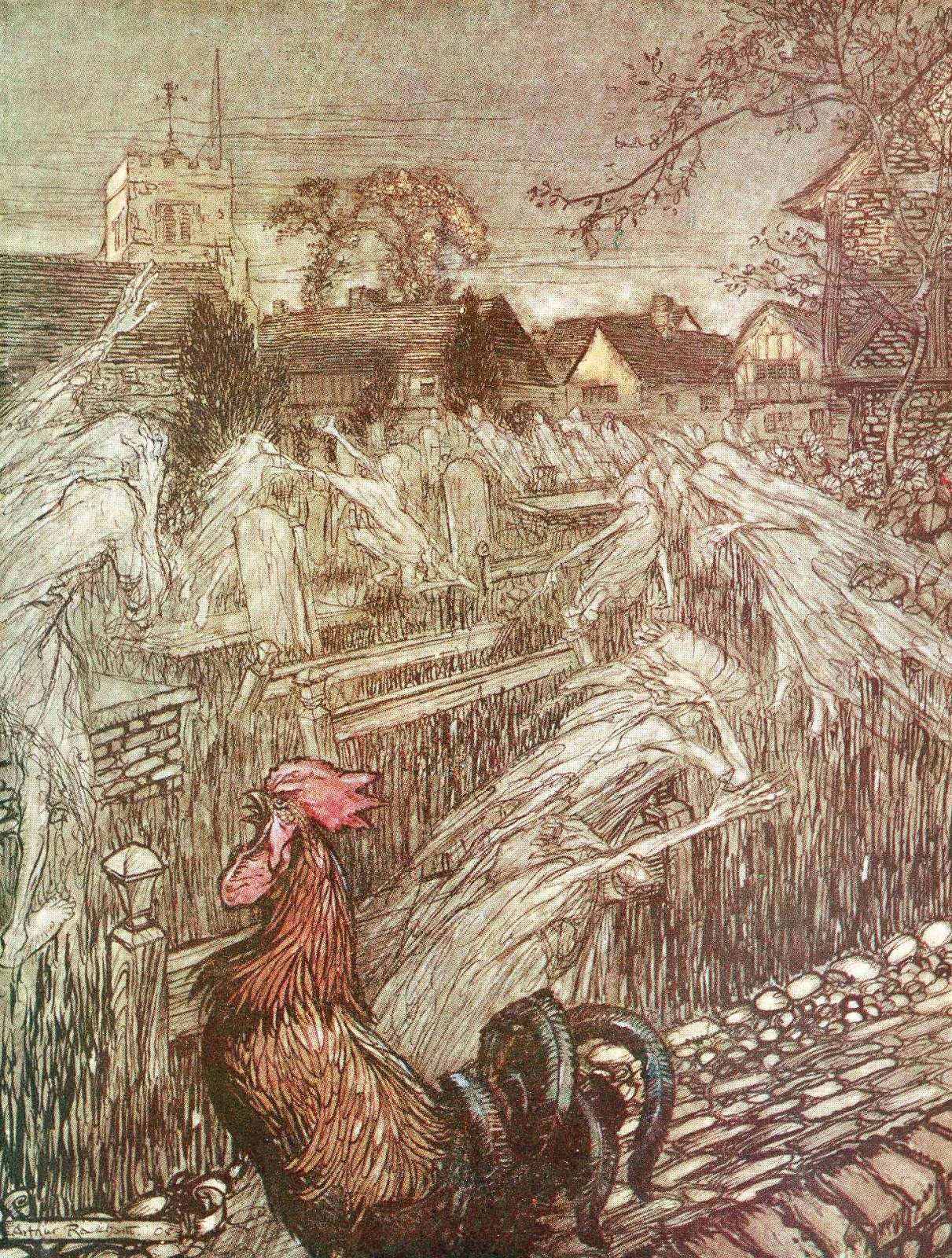 All Hallows Eve is now better known as Hallowe'en night, and is widely held to the spookiest night of the year, a time for ghosts and goblins and witchery! As many of you will know, it is commonly said that we celebrate all things eerie and frightening at this time as our ancestors believed that on this night the veil between worlds was thin, allowing spectres, faeries and witches to draw near to us. Hence we ward away their incursions by making jack o'lanterns and bonfires to frighten them away.

Now historically speaking our modern ideas of how Halloween used to be are very inaccurate, and in many cases downright wrong, and for an in-depth discussion of the true history of Hallowe'en, check out my podcast series on it. But looking through my tomes of ancient customs and folios of folklore, it is true that our forebears considered Hallowe'en night to be one of the times of the year that was very appropriate for carrying out all manner of charms, rites and spells.

Some of these folk customs and bits of hedge magic were, in different regions and different times, performed on other days our ancestors deemed to be magically significant. For example, we most associate the ancient tradition of wassailing with Christmas and New Year, but in the Western Isles of Scotland on All Hallow's Eve, fishermen would gather on the beach for a round of sea wassailing. They would sing traditional songs to the waves, culminating in a toast with a brimming cup of ale to the god of the seas to ensure fruitful catches and safe voyages over the coming year. 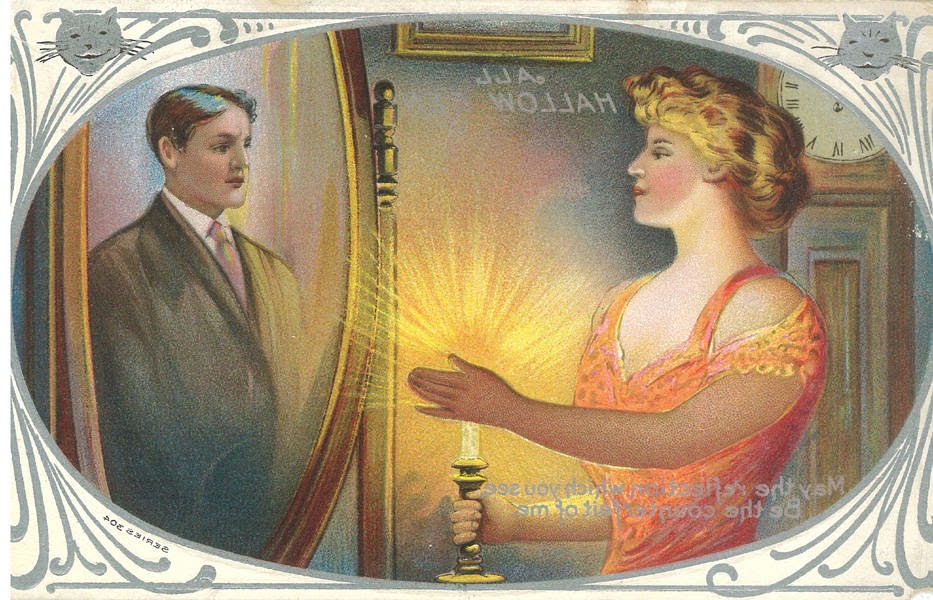 And despite Halloween's reputation as the eeriest night of the year, a good many of the folk charms carried out in ages past were surprisingly in the cause of romance! In Scotland it was said you were to scatter hemp seeds over your left shoulder on Halloween night and intone the following rhyme "Hemp-seed, I saw thee; and him (or her) that is to be my true love, come after me". Then if you looked over your left shoulder, there would appear an image of your destined true love. In other parts of the British Isles it was said a similar prophetic vision of your lover to be could be invoked by eating an apple by candle-light in front of a mirror in Halloween night.

The mirror charm was so well established that it featured frequently in Hallowwen grretings cards produced at the turn of the century. However many areas held that a similar charm could be performed with apples. In this variant, those seeking to discover their soul mate would peel and an apple and throw the peel over their left shoulder. And the shape the peel landed it was supposed to form the initials of your true love. 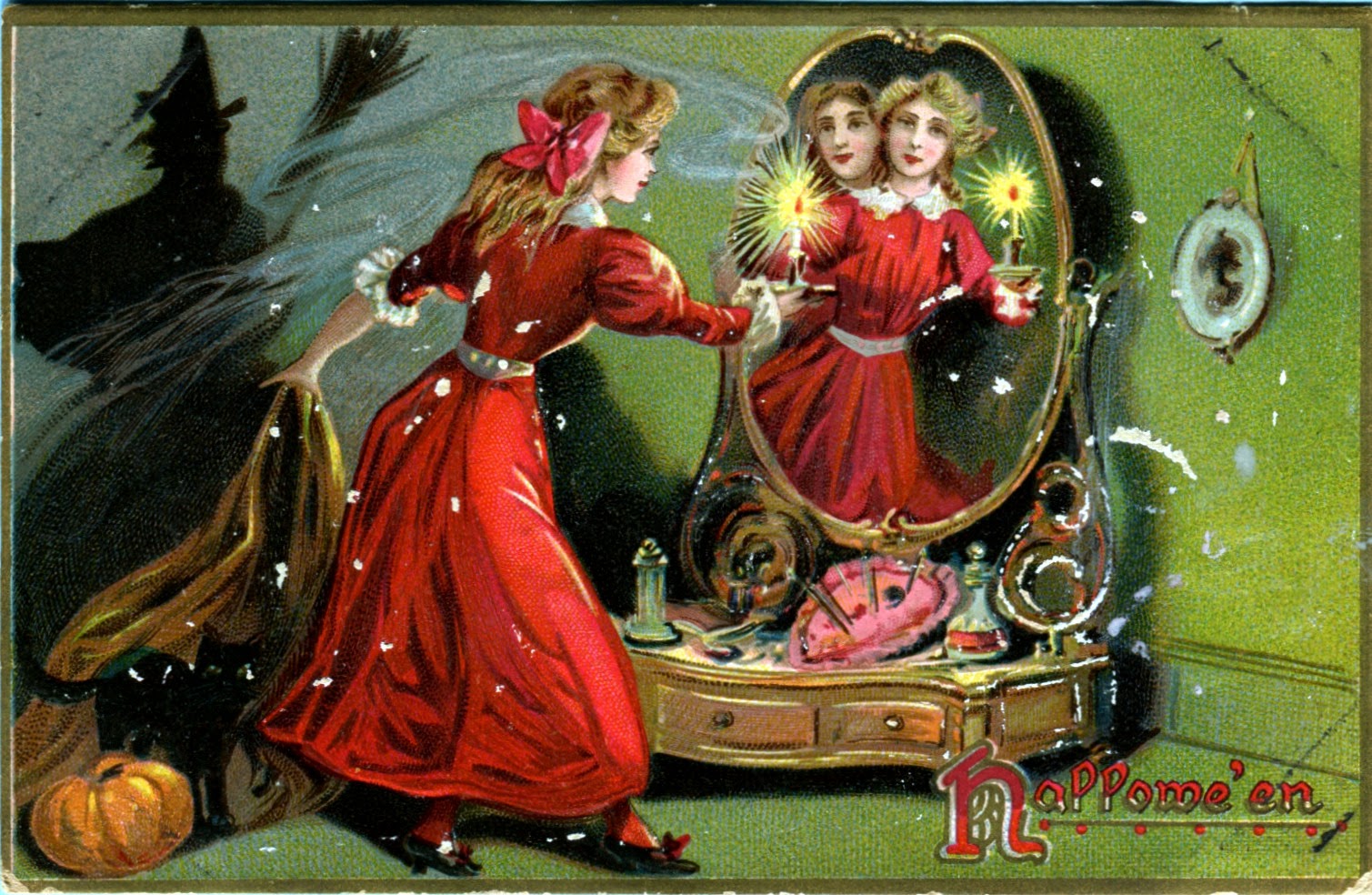 A somewhat squishier alternative for some amorous divination on Halloween comes from Shropshire. There it was said that if you catch a snail on Halloween and place it on a box or in the ashes of your hearth on Halloween night, in the morning you'll find the initials of your true love spelled out in the snail's slimy trail!

In fact there were a good number of spells that could employed on Halloween night to discover who was secretly in love with you. For example, in Derbyshire young ladies would inscribe on chestnuts the names of boys who they suspected holding a torch for them. The chestnuts were then placed upon the hearth, sometimes among the embers of the fire, on All Hallows Eve and it was said which ever chestnut popped out of the fire nearest the young lady revealed the name of her secret lover. This particular custom, and variations in it, also became were well-known, so much so that it was the focus of Hallowe'en night parties, and in some places All Hallow's Eve was known as Nutcrack Night!

But there were more serious charms you practice upon a Halloween night too. In Herefordshire, there was a more morbid form of divination - each member of the family would pick an ivy leaf and label it as their own. The ivy leaves were then left in a bowl of water over Halloween night. In the morning any member of the family who was fated to die in the coming year would find their leaf marked with a coffin shape. In other regions, egg whites were dropped into water to serve a similar purpose, and again if the whites formed into the shape of a coffin you would not live to see the next Halloween...

However the most spooky of all Halloween customs, and the one closest to its modern day incarnation as a time for ghosts and ghouls and phantoms, is the practice of church porching. This custom was very common in the British Isles, and as All Hallows was the day in the medieval Christian calendar when prayers were said for the dead, All Hallows Eve was a very most appropriate date for this eerie custom. But that said, some areas favoured other nights - St Mark's Day, Christmas Eve and New Year's Eve, so we cannot consider this tradition to be in any way exclusive to Halloween.

However whichever night it was practised upon, the folk rite was much the same. It consisted of an overnight vigil - folks would gather in the church porch, or in some areas at the lych gate, usually before before midnight and quietly observe. For it was said that upon this night, an eerie procession of spirits could be seen entering the nighted church. However this was no solemn parade of the dead, for this eerie train of spectres was composed of those who would die in the coming year. It was said the shades of those who were going to die appeared dressed in winding sheets and shrouds, and a ghostly service would be held in the church. Afterwards the spectres would file out and go their separate ways in the churchyard, and the scrape of coffin lids and the rattle of grave soil be heard as they vanished! 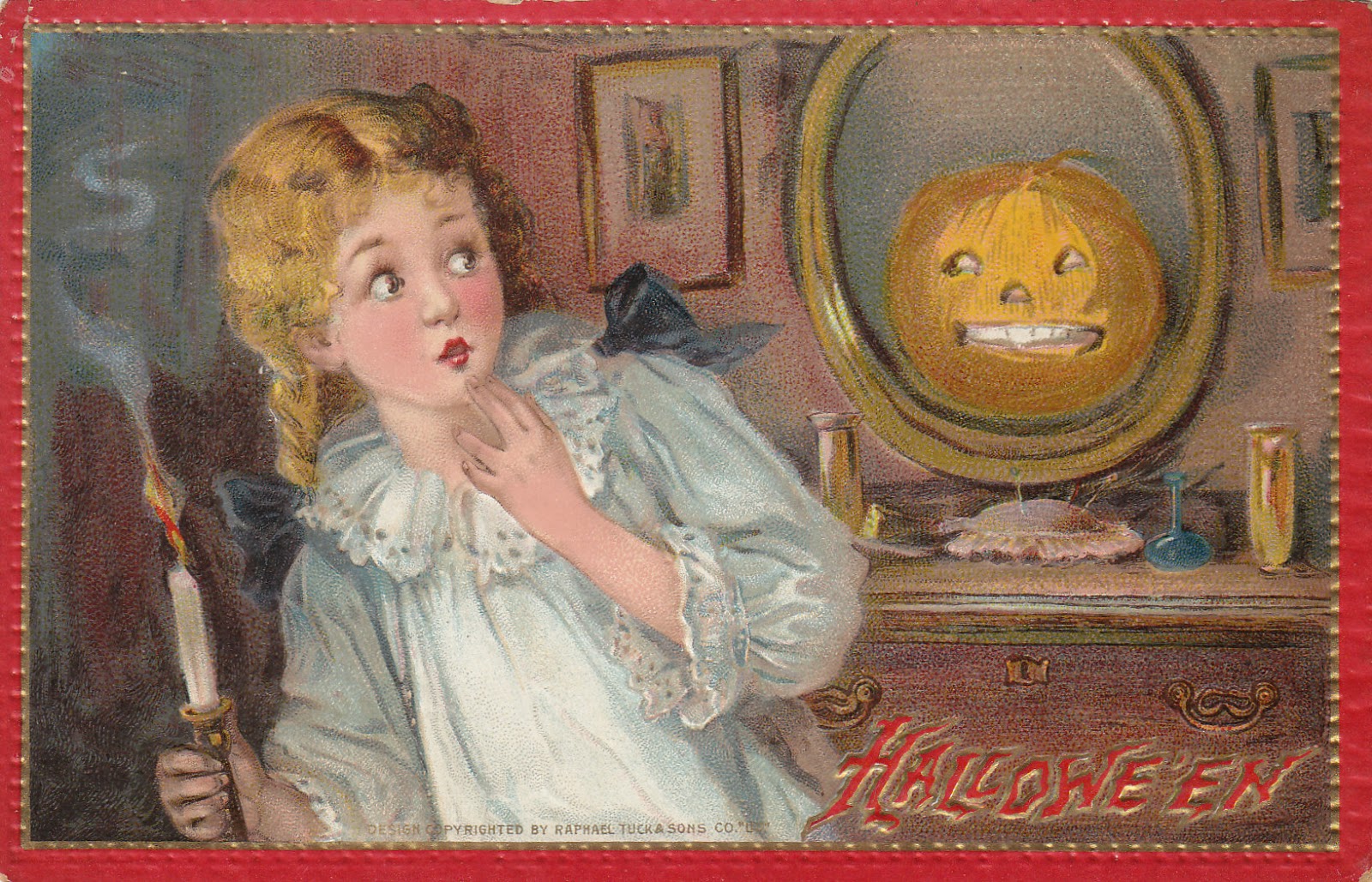