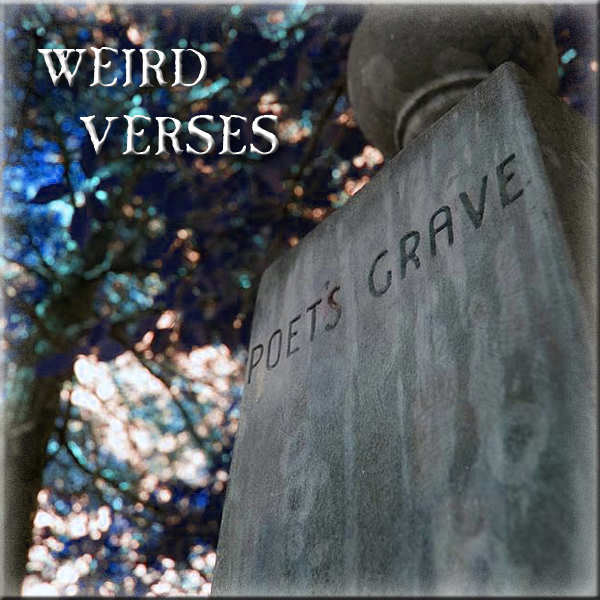 This week in the Great Library of Dreams, Mr Jim Moon samples a selection of weird verses from down the ages. Featuring macabre poems from such luminaries as Edgar Allan Poe, Clark Ashton Smith, Robert E Howard and  HP Lovecraft and verses from modern masters such as Brian Lumley and Thomas Ligotti. 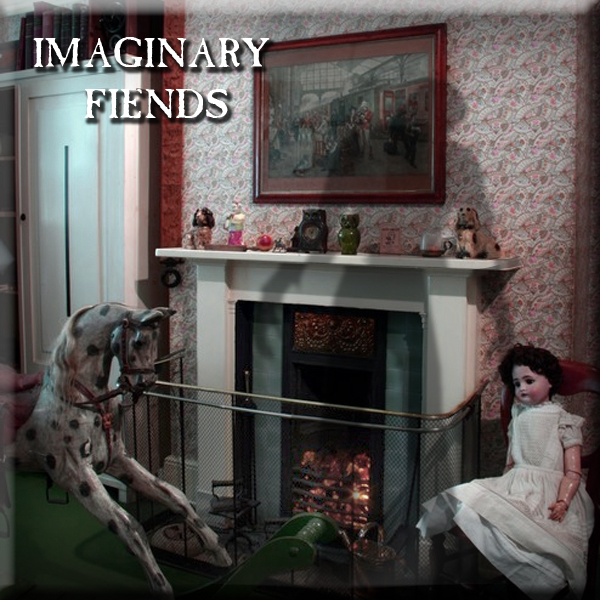 This week Mr Jim Moon summons you to the fireside at the Library of Dreams to hear two tales of children with unusual invisible playmates... Thus I Refute Beelzy by John Collier and Mr Lupescu by Anthony Boucher. 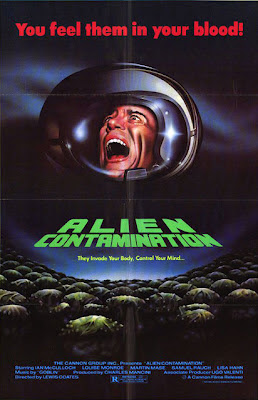 Over at THE DAY HOLLYWOOD STOOD STILL, Mr Jim Moon takes a look at Luigi Cozzi's Contamination aka Toxic Spawn and Contamination: Alien On Earth (1980), a prime slice of Italian schlock that not only rips off Ridley Scott and Lucio Fulci, and ended up on the Video Nasties list, but also stars cult hero Ian McCulloch!

Click here to to read of the exploits of Ian McCulloch Alien Slayer! 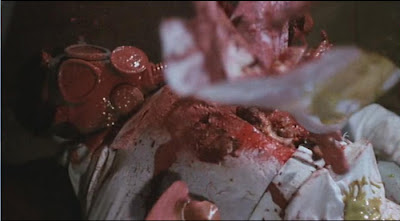 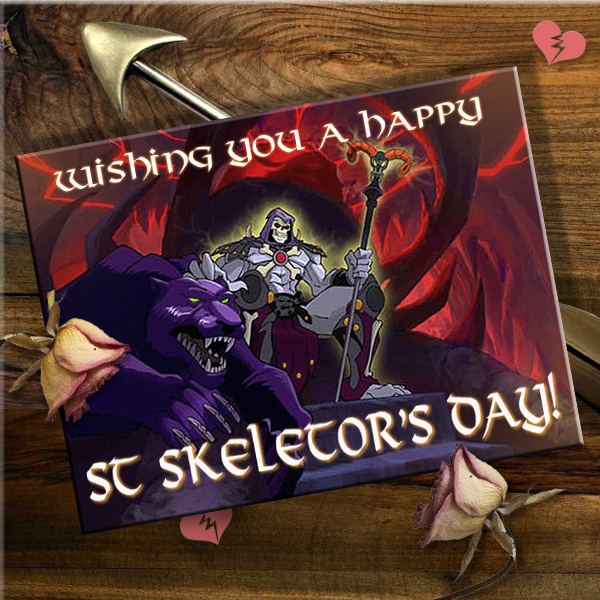 Luuurve is in the air, and in a St Skeletor's Day special, Mr Jim Moon presents two tales of when love takes a turn for the horrific. Firstly we have an adaptation of Robert Smythe Hitchen's When Love Came To Professor Guildea from 1940s show Escape, and then The Family Album from the legendary Price of Fear. Plus some bonus nonsense from Mr Moon. WARNING - may contain needless Barry White impersonations! 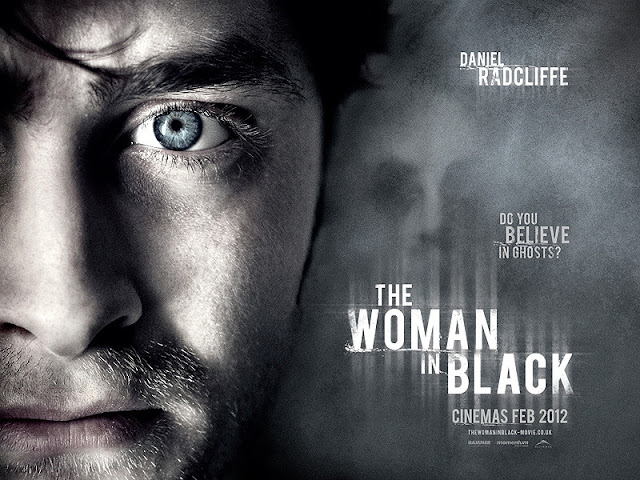 Get the next train back to London, there's no spoilers here!

For connoisseurs of the ghost story, worthy additions to the canon are few and far between, with some purists even claiming that all the true classics were written well before 1950. However one modern work has won many hearts - Susan Hill's The Woman In Black. First published in 1983, this novel was written with the intention to produce a haunting tale that captured the flavours of two of her favorite old masters, MR James and Daphne Du Maurier.

Of course many writers have attempt similar exercises to evoke the classic era of spectral stories, but many fell mired in the mud of pastiche, but Hill managed to create a ghost story that not only respected the traditional structure and elements, but became a modern classic in its right. Not only has the book remained in print and sold millions of copies, a stage adaptation created by Stephen Mallatrat in 1987 is still running to this day in the West End, and its 1989 TV version was penned by the great Nigel Kneale and terrified the nation.

And so, now we have a brand new version hitting the big screen, a production that has been much anticipated, not only by fans of the other incarnations, but also because it sees the return of Hammer Films to their ancestral gothic homelands. Now the resurrected company has produced three warmly received films so far, The Resident, Wakewood and Let Me In, but this fourth feature has perhaps been most eagerly awaited by Hammer fans because it is a period chiller and a literary adaptation, mirroring the string of classics that made them the most famous producers of horror movies in the world.

However as much as Hammerites were hoping that The Woman In Black would capture the spirit of the studios illustrious heyday, there were a few eyebrows raised. Firstly, some we wondering if Daniel Radcliffe was a little young for the central role of Arthur Kipps. Others mused whether James Watkins, who had previously directed the bloody and brutal chav-shocker Eden Lake was the right man to helm a subtle ghost story. And yet others on seeing the low certificate fretted that it would either be watered-down to pointlessness for a young audience of full of MTV visual gimmicks to appeal to teens.

But having just returned from the cinema, with the chill of Eelmarsh House still clinging to my bones, I can confirm that all of the above worries are completely unfounded. To begin with, Mr Radcliffe not only looks exactly right for a young solicitor, but he puts in a rather admirable performance. Watkins proves he can handle subtle as well as graphic, and although this movie may have a virtually family friendly certificate - after all there's no gore, sex or swearing - but that doesn't mean it isn't going pull out all the stops to scare the pants of you!

For those of you not familiar with any of the other iterations of The Woman In Black, in this version the story goes like this... In the early years of the last century, a young solicitor, still struggling to come to terms with the death if his wife, Arthur Kipps is dispatched to a remote coastal town, to tidy up the paperwork of one of there deceased clients. However he receives a less than warm welcome and discovers that the town is tormented by a mysterious black-clad spectre.

Now I can say nothing else without breaking the spoiler taboo, and while the plot isn't overly burdened with  twists and turns, s is the case with many ghost stories, I urge you to avoid any blabbermouths who'll vomit up anymore details than I have given. For we see the story unfold through Kipps' eyes as he fathoms the mysteries surrounding Eelmarsh House, and I think the film will be at its most effective if you are joining him on his journey into the darkness. 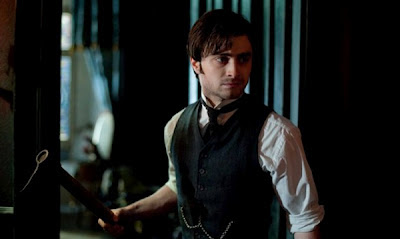 However what I can reveal is that The Woman In Black is an excellent slow-burning chiller, driven by character and story rather than grandstanding special effects work. It's all about the atmosphere and emotion, carefully laying out the tale in strata of dread and unease. And make no mistake, this is a very unsettling movie, with several movie pundits remarking that the rating is perhaps too low as the movie is terrifying adult audiences.

Yes, there are jump scares, and I know that among horror fans currently, these are often derided as lazy film-making. But I tend to think of  jump scares as being roughly analogous to guitar solos in rock songs - often a cheap way to stir the emotions and juice up an otherwise moribund melody. But equally they can the making of a piece and the golden rule for both is that if they are the only trick up your sleeve, they won't satisfy. And indeed, Watkins has plenty more than sudden shocks to deliver - the rich atmosphere, lovingly crafted set-pieces and lingering imagery will have real fear flowing in abundance.

But the movie is doing more than just generating swathes of spookiness, for there is another emotion other than fear at work here. For The Woman In Black, in this incarnation, is very much a story about grief as well as supernatural terror. A funereal pall hangs over the spectral proceedings, as the film artfully explores the real effects of death - sorrow, grief and guilt. And this emotional core both compliments and gives weight to the scares the film delivers.

The interesting thing about the various versions of this story is that every retelling has slightly altered the framing details and each version has a different ending. However I shall not be discussing the difference in the various incarnations here (although I will be exploring this in a future episode of Hypnobobs), but what I will say is that Jane Goldman has delivered a solid adaptation of Hill's novel and the ending she supplies was a highly interesting spin on the finale. I suspect the ending of this Woman in Black may well prove to be somewhat more controversial than the other versions, however personally I rather liked it. Goldman's ending elegantly rounds off the character arcs and emotional themes of the screenplay but does no great violence to the essentials of the finale as first laid down by Hill.

All in all this a fine cinematic ghost story and an impressively well crafted movie. Radcliffe is very fine as the troubled Kipps, delivering a performance that is often subtle but can be incredibly powerful. Other actors would have amped up the character's grief, but going all Oprah isn't what the role demands: Kipps is a man  who is struggling to contain his internal turmoil and Radcliffe nails this perfectly.

Credit also to James Watkins, for this is a gorgeously constructed film, full of lush cinematography. He strikes a perfect balance between delivering the expected imagery of ghostly tale - a cobwebbed house, spooky shadows, creepy toys etc. - but unlike so many horror films he never lets this overwhelm the reality of the movie's world. And so rather appearing to take place in some blue-litten dimension where every location looks like a ghost train, we have a strong sense of the ordinary world into which the haunting makes most unwelcome intrusions.

Now I am aware that some will come away claiming that all of this has been done before. But in fairness, Hill novel is not an attempt to rewrite the rules of horror, rather it was meant to be a quintessential ghost story, and indeed has become very influential in its own right, therefore many charges of unoriginality are somewhat redundant. The Woman In Black is a traditional tale and in such cases what counts is how well it is told. And this incarnation is a beautifully orchestrated story and a superb piece of cinema; a feast for the eyes, soul and heart. Hammer has returned to its period horror roots in fine style and I can only hope there will be plenty more old school terrors coming soon. 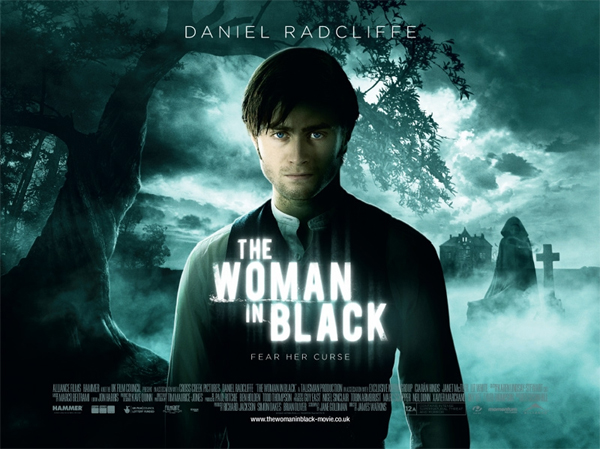 HYPNOBOBS 66 - The Natural History of the Batman Part 6 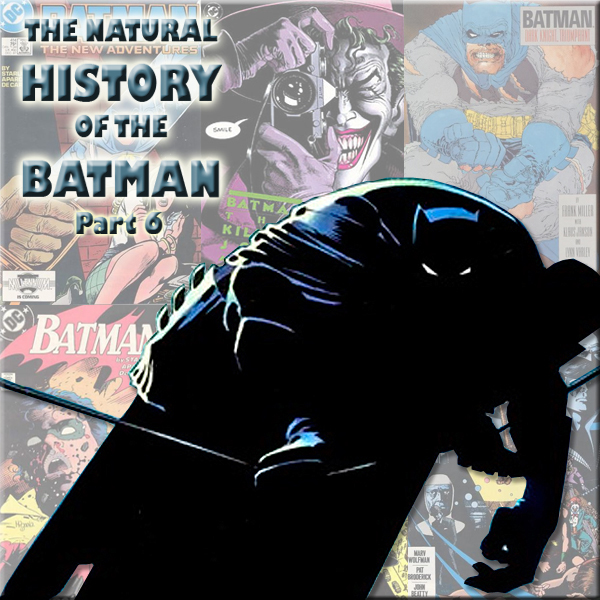 Continuing our epic history of the Batman, Mr Jim Moon discovers what the Caped Crusader was up to in the 1980s... Quite a lot as it turns out, what with  Frank Miller's The Dark Knight Returns, Alan Moore's The Killing Joke, Crisis on Infinite Earths and Years One to Three!


DIRECT DOWNLOAD - The Natural History of the Batman Part 6

Watch it tosh, it's the Stars! 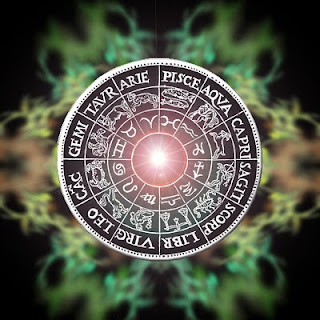 The Mystic Ones are back with more drivel, dubious predictions and, strangely, Sid James...