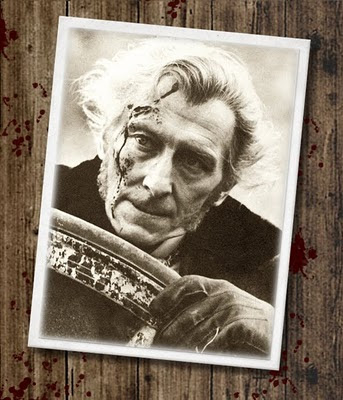 Hmmm tough choice! In a straight Jackman Slamdown (sounds like a niche website waiting to happen), we go Van Helsing every time! Yes, it's an awful flick and a disgrace as a homage to the old Universal monsters but what they laughing called a plot is so barkingly mad, it makes it into the legion of good terrible flicks. Wolverine on the other hand was just forgettable nonsense.

Character-wise though it's a different ball game - Mr Snikt, in either comic or screen form, would easily take down most versions of the fearless vampire hunter - Edward Van Sloane, Christopher Plummer, Lawrence Olivier and Anthony Hopkins would all fall to the adamantium claws!

However Stoker's original and the Peter Cushing incarnation - the definitive take on Dracula's nemesis - would have Weapon X eating out of their immaculately gloved hands!