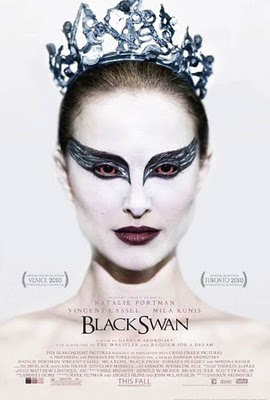 It’s been a strange decade for director Darren Aronofsky. After the snowballing success of his debut feature Pi (1998), he made good on the promise and blossoming talent shown in that curious little film, entering the Noughties with his critically acclaimed second feature Requiem For a Dream (2000). However after that everything went a little quiet for a worryingly long time... Things started well with Warners approached him to develop a fifth film in their Batman franchise, however despite developing a script with Frank Miller, the proposed Batman: Year One ended up biting the dust. And at the same time, his third feature The Fountain began roasting in development hell, only to emerge much later to face an assortment of production difficulties that further slowed the project down. Eventually though, The Fountain did get made, finally seeing release in 2006 but receiving mixed reviews at best.

A lesser director certainly would have been left broken having spent so long in studio purgatory, and many others in his position would have grabbed at any old passing project to keep their profiles afloat. However Aronofsky was undaunted by this long period out of the cinemas, and coolly regained his reputation with both critics and film lovers with The Wrestler at the close of 2008. And now firmly back in the movie making saddle, he returns with Black Swan, which has already outdone its predecessors in the award nomination stakes and looks all set to clean up at the box office to boot.

Both of which make me extremely happy, as Black Swan is a fantastic piece of cinema. It’s beautifully crafted, and fully deserving its plethora of nominations and awards. But also it spins a mesmerising story, finding favour, and indeed ticket sales, with the average movie-goer too; proof that art and popularity don’t have to be mutually exclusive - you can have your cake and eat it.

But let’s look at what the film is actually putting on the table. The set up is fairly straight forward – Nina Sawyer (Natalie Portman) is a young up and coming ballerina in a prestigious New York ballet company, and her dedication wins her the lead role of the Swan Queen in a forthcoming production of Swan Lake. However the part is a demanding one, and cocky director Thomas (Vincent Cassell) is pushing her hard, particularly to master the more artistically taxing Black Swan sequence. And if this pressure weren't enough, Nina has Erica (Barbara Hersey), her stifling, pushy mother to contend with, rivalry with the company’s former prima donna Beth (Winona Ryder), and an ambiguous relationship with fellow dancer Lily (Mila Kunis) who may be an ally or an adversary. And as rehearsals get under way, it becomes clear that Nina is increasingly under strain and her sense of self is beginning to falter and fail...

Now at this juncture, a word of warning - Black Swan isn't your usual backstage story. While it is rich in exposing the trials and tribulations that go on behind the curtain, the movie becomes increasingly dark and strange as Nina’s psyche starts to crumble, delivering far more disturbing fare than the usual causal cruelty, mind games and cat fights. The typical tale of a ballerina’s struggle to reach the top this ain’t!

So what kind of beast is Black Swan? A psychological thriller, an art house/horror hybrid, or a metaphorical journey between the twin poles of creativity and madness? Undoubtedly, different viewers will come away with differing interpretations, however what we all may agree on, at least all who aren't dismissing it as pretentious tosh, is that the film is a tour de force. 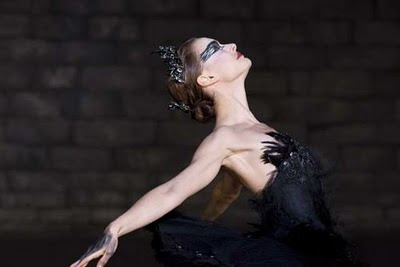 The cast is uniformly brilliant, with Natalie Portman turning in her best performance since Leon. Over the years, she’s taken a lot of flack for not delivering on the promise of her movie début, with both professional and armchair critics alike questioning the roles she’s accepted, the quality of her acting and increasingly wondering whether Leon was a fluke. However in Black Swan she truly shines, drawing us into Nina’s world with an accomplished and perfectly nuanced performance.

And there’s a similar return to form for Winona Ryder; her appearances maybe fleeting but she makes a big impression as the fading princess, whose bitterness is dragging her into the realms of mental instability. Truly it seems Aronofsky has a real knack to matching actors to career reinvigorating roles.

Equally impressive is Mila Kunis as potential friend/possible rival Lily. And she portrays this character’s ambiguity well, ensuring that the audience is as uncertain of her intentions and motives as Nina is. This performance is surely a break out role for her, showing she can manage more than comedic and eye candy duties.

Throw in impressive support from Hersey and Cassell and you have an impressive ensemble cast striking up the dramatic sparks in their interactions and providing the walls of Nina’s cloistered world with a believable and powerful human face.

Aronofsky’s direction is immaculate too, with a strong visual style complimenting the story at every turn. We have lush, theatrical set pieces, packed with vivid colour and dynamic shots, but also there are subtle muted scenes, giving the story an intimacy, a personal focus, which provides the emotional weight to counterbalance the arresting set pieces.

And while much of Black Swan is very opulent, it’s also a very economical film in many ways. In other hands, the movie’s narrative could well have steered directly over the cliffs of melodrama with the inclusion of lengthily scenes which convey emotion purely through having characters screaming at each other. Instead Aronofsky makes great use of what isn’t being said; the awkward exchanges and guarded looks, little non verbal moments that say more than grand dramatic interchanges.

It is true that Cassell and Hersey’s characters are somewhat stereotypical, but Aronofsky never lays it on too thick that the former is a predatory director for whom extracting sexual favours is a perk of the job, or the latter is vicariously living out her unrealised ambitions through driving her daughter’s career. After all stereotypes are only stereotypes because they do reflect a general trend, and Aronofsky takes it as read we will recognises which mould these characters are springing from.

But furthermore, he ensures that while we can quickly recognise the character types Thomas and Erica belong too, neither are written nor portrayed as walking clichés. Thomas may indeed be morally dubious in his use of sex in marshalling his troupe but he doesn’t come across as a simple black hat bastard with his brains in trousers; we see he does care about his art and is as supportive as he is manipulative. Likewise Nina’s mother, while clearly being overly controlling, we discover has good grounds for being so protective as the film progresses. Of course ambiguity and duality are twin themes in this movie and it is very fitting that they are deftly reflected in the characterisations. 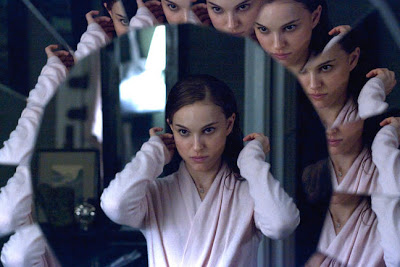 All in all Black Swan is a breath taking film, gorgeous to look at, brimming with passion and telling a story that rightly deserves to be called mesmerising. It is a truly spell binding cinema experience.

But while it is clear that many, myself included, consider Black Swan to be genuinely worthy of that far too freely used epithet ‘masterpiece’ not every one agrees. Mainly, it would seem the dissenting line is that while the film is beautifully shot and exquisitely performed, its downfall is that basically it’s a little too close to being a genre picture - as The Hollywood Reporter review puts it “the horror-movie nonsense drags everything down the rabbit hole of preposterousness”.

Now obviously I take issue with such a view. Without venturing into spoiler territory, it seems some of those writing off Black Swan are mainly taking offence that Aronofsky portrays Nina’s precipitous mental states as graphic imagery. If he had just had lines of dialogue delivering her inner turmoil rather than showing us the hallucinations, then I imagine this would be fine. But as he does show us what Nina is experiencing through special effects then obviously this film can’t be art and should take a taxi right back the ghetto where Jigsaw and his chums dwell.

Now if the film had ended with – inverse spoiler warning – Nina turning into a giant swan and pecking New York’s ballet lovers to death in a riot of blood, feathers and tuxedoes, or had her embarking on a crazed slashing spree, maybe, just maybe, the suspicious-because-this-might-be-a-horror-flick crowd might have a point. But for all the parallels to the image heavy, sense light stylings of Dario Argento and Mario Bava, the body horror of early David Cronenberg or the psychological dread of Polanski circa Rosemary’s Baby and Repulsion that one may draw, Black Swan is more than just a horror film going to the ballet, a fright flick in arthouse clothing.

You, of course, are free to consider Black Swan as such, just as I'm equally happy for you to hail it as a psychological thriller, a mind bender a la David Lynch, an exploration of creativity and obsession in the tradition of The Red Shoes, or any other category you choose to devise. My problem is the use of the horror or thriller label as a stick to beat the film with. Just because a feature delivers thrills and contains fantastical elements, that doesn't mean it automatically becomes any less serious, artistic or accomplished.

And my concern is that come Oscar time, despite the plethora of nominations, this prejudice will see the film passed over in favour of more ‘realistic’ and therefore allegedly more worthy fare. Now I have remarked before on this bias against genre offerings (see HYPNOBOBS – 2010 The Year In Cinema), and in the case of Black Swan I would add the following – for those who felt that in depicting Nina’s hallucinations onscreen, the film became too fantastical and mired in supernatural nonsense, are you even slightly familiar with the plot of Swan Lake? That’s got physical transformations, magic and even a bloody wizard in it – so presumably this too should taken round the back of the Barbican Centre and quietly shot through the head too for being preposterous...

But at the end of the day, the carping of those misguided souls who believe the only valid portrayal of mental illness is thinly dramatising case histories or that films have no right to be entertaining, matters not one jot. Nor does whether Black Swan is celebrated or snubbed in the coming awards season. For this is a rich and many layered film that is generating a good deal of that most prized commodity, positive word of mouth. Furthermore Black Swan promises to repay repeated viewing and offers a myriad of different interpretations. And it is exactly films such as this, that are complex and entertaining, that tend to live longest in the hearts of film fans, long after other movies that swallowed all the gongs are forgotten.

Black Swan is an excellent piece of art cinema and a brilliantly engaging movie too; like Let The Right One In, Pan’s Labyrinth, Shutter Island and Inception, Black Swan proves that cinema doesn't have to be dumb, that art needn’t be dull and tedious, and that genre works don’t have to aim for the exploitation gutter. Like Nolan and Del Toro, Aronofsky understands there’s a rich territory to explore in between the usual boundaries, and more importantly, all that really matters is making the best film you can, regardless of what labels other people will try to apply to your subject matter.