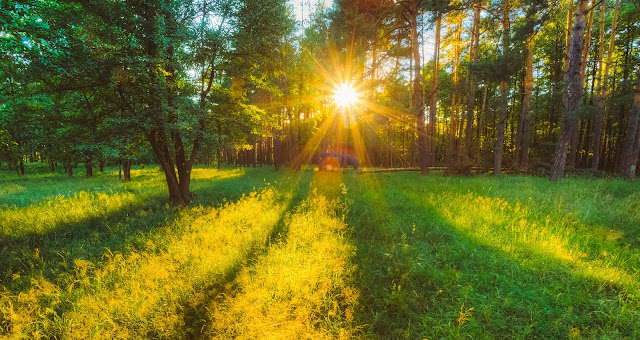 Midsummer’s Day, also known as St John’s Day, is the summer solstice, the longest day of the year, and I’m sure I don’t need to remind you how this was an important day for our pagan ancestors. For example, every year we are treated to footage of assorted folks gathering at Stonehenge, so much so that that now it is part of pop culture to know than that Midsummer is a sacred day for both druids and hippies.

However flippancy aside, as the longest day of the year, the summer solstice has been recognised and marked by a host of different cultures over the centuries. As it stands, we are not actually particularly sure what significance Midsummer had for our own pagan ancestors and the  whole business at with druids at Stonehenge and other standing stones is very much speculation constructed from what little we actually know of ancient British and Celtic cultures. However as the longest day and indeed its opposite number the winter solstice (the shortest day) are reliable markers for organising your calendar, there is no doubt it would have been significant.

And thanks to this practical usefulness to agriculture in particular - after all it is very important to know what to be planting what -  Midsummer remained a key date in the folkloric calendar long after paganism gave way to Christianity in these isles, and hence there are many festivals and traditions associated with it. In addition however, the night before the longest day, Midsummer’s Eve was widely reported to be a significant night for all manner of folk charms and rites. Generally it was thought that it was a time when the veil between worlds grows thin and hence it was an auspicious night for magic of all kinds.

A common example of this is the assortment of love charms to practised upon Midsummer’s Eve -  there are various little rites, such as casting rose petals into water or placing special plants and herbs, such as St John’s Wort, under your pillow, which it is claimed will result in visions which reveal your future true love. Interestingly, similar folk rituals for divining your future true love are connected with several other days in the calendar. For example, while we think of Halloween as the spookiest night of the year, it was traditionally actually a night for carrying out such love charms. Midsummer is also one of the nights of the year in which church porching was conducted. This was a similar simple divinatory practice, but one with a darker purpose. For it was said that if one held a vigil at the local parish church door, or in some version at the lich gate, one would see the souls of all those who were due to die parade into the darkened church. However like the love charms, church porching was also conducted on various special nights of the year such as Christmas, Halloween and assorted Saint's days. It seems that in ages past, any significant day in the calendar was held to be a good time for attempting to divine the future. 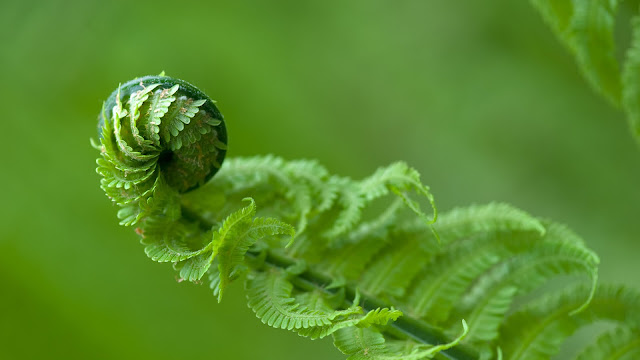 But there is lore that more specifically relates to Midsummer. A favourite of mine is the old folklore that claims that ferns only bloom on Midsummer’s Eve. According to these old legends, the fern produces a blue flower at the moment when the sun has finally set, and this bloom releases a seed at midnight. Now this seed was highly prized, for there were many claims about the magical powers the seed could confer upon its finder. Over the years, it has been claimed that if you could catch that elusive seed, you would be able to find hidden treasure, see the future and even gain eternal youth. Now the roots of this widespread bit of folklore undoubtedly lie in the fact that unusually ferns reproduce without producing either flowers or seeds, and clearly this presented something of a mystery to your ancestors. Hence anyone who could actually see a fern flower or catch one of its seeds was clearly some one very special. However other than the fact that in summer ferns sprout up everywhere, quite how and why ferns began associated with Midsummer in particular remains lost in the mists of time.

Other traditions advised holding all night vigils at sacred places, often the local standing stones, to gain the magical talents of a bard, although they also warn of only gaining madness, insanity and possibly being abducted by mysterious powers. For indeed many folk traditions hold that strange forces are abroad on Midsummer Eve, indeed it was widely held to be the best night of the year to see faeries. And we must remember that the faeries of folklore are not cute little Tinkerbells but capricious creatures capable of much malice and mischief. Hence folklore has lots of advice for herbs to hang up to protect your house and home from unwanted faerie visitors on Midsummer Eve, and there are numerous cautions that to be abroad on this night was to court danger and peril. For with the the barriers between our world and theirs being thinnest upon this night, being out and about was to risk being pixy-led - that is magically befuddled and hopelessly lost. Even more alarming there was the possibility that you might be whisked away forever into the realm of the fair folk, never to be seen again. So then, perhaps think twice before going church porching or hunting the elusive fern seeds! 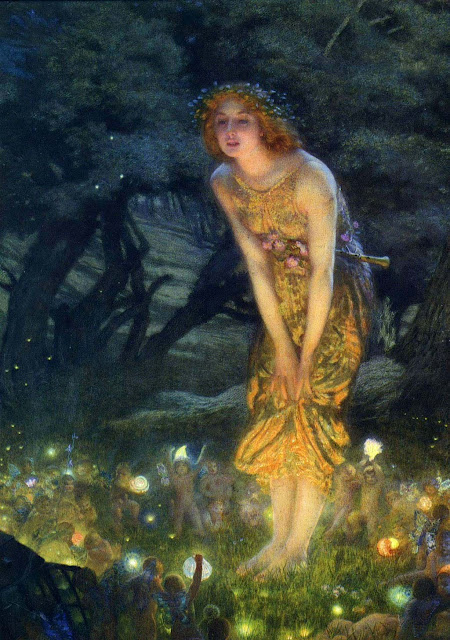