THE 'ORRIBLE 'OUSE OF TERRIBLE OLD TAT - The Mighty Micro! 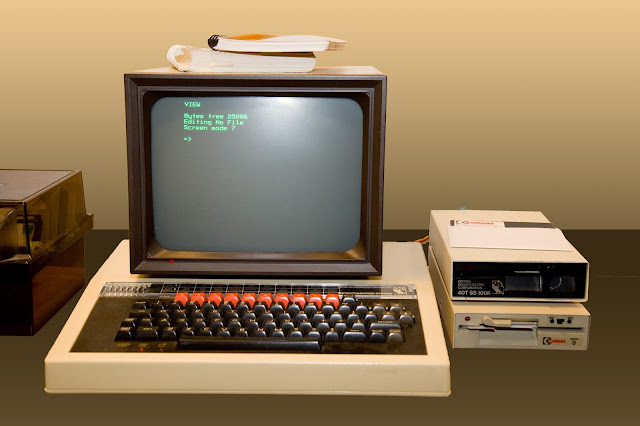 Now then, recently over brandy and cigars - well a cup of tea and a Kit Kat to be honest - the conversation somehow got onto the subject of rats and apples. And I distinctly heard the sound of a dusty box conspicuously dropping off a shelf within the benighted depths of the 'Orrible Old 'Ouse. And as we wondered what this aural omen could signify, a memory stirred - a 16K memory to be precise. A flashback to the days when digital piracy involved cassette recorders, and to be specific, a year when although everyone was expecting Big Brother to be watching, (although thankfully the horror of having to watch Big Brother was still decades away). Yes, welcome back to 1984 and the glory days of the home micro!

And for those of you too young to know what a home micro is, let me briefly explain, hopefully without patronising you within an inch of your life. The 1980s saw the real birth of the home computer market. Yes, people, usually beardie weirdie people, had been making their own little computers in garages and sheds during the 1970s, but no one paid them any attention. After all, they were beardie weirdies and nerds weren't they - just bloody hippies really, excepts one too boring for drugs and who had done maths exams instead for Pete's sake. They could bugger about with circuits and microchips all they liked but they weren't going to get anywhere were they? They certainly wouldn't end up multi-millionaires and running some of the most lucrative global corporations on the planet... Oh hang on...

However at the dawn of the 1980s, the tech had developed to a point where it was feasibly to make a small and cheap computer that you could run at home - a micro-computer. While originally these things came in actual kits where you had to solder all the circuits and built it yourself, at the start of the '80s they began to arrive pre-assembled and pre-programmed!  Now I know these days, most stuff has sophisticated electronics bunged in it, from your phone to your fridge, but back then, computers were usually huge beasts that took up entire rooms. Hence these first computers that Joe Public could buy were termed "micro computers". And the idea of having one in your own house was indeed the stuff of science fiction. The phrase "home computer" now sounds bland to the point of meaninglessness in our current age of smart devices and wearable technology, but back then it was a massively exciting pair of two words, a duo that conjured up visions of the 21st century. And if you collide this two new phrases together, we get the then cutting edge (but now almost forgotten) term "home micro".

And make no mistake it was the buzzword du jour, appearing in titles of books, magazines and TV programmes that aimed to help the public come to understand this new technology. Or at least just to shamelessly cash in on this latest fad. And to a certain extent the home micro boom that Britain enjoyed in the early 1980s was just a craze. While the home micro promised a lot - it was claimed that they would help you with the household accounts, replace typewriters, you could make art and music on them, and kids could do homework with them - in the end it was just like the earlier similar craze for CB radios, at least to a certain extent. For the naysayers were only partly right, for without that initial boom in the market for home computers, we wouldn't now have the ever-expanding array of cyber tech we have today, a world where computers kids do their homework on them, where they are used to help with the household accounting, where they have replaced typewriters... Ironically most of today's tech is powered by the samesort chips and processors that were first developed in the early 1980s. Technology 1, luddites 0!

However the brave new world of the mighty micro was a very different place to the computing landscape today. For a start off, we had the bizarre situation where every home micro on sale had its own operating system, none of which were remotely compatible with each other. You think the Apple/PC Amazon/Google grudge matches are daft? That was nothing comparing to home computing in the '80s where even different models from the same damn manufacturers had their own software and hardware. Eventually it did settle down a bit to a battle for supremacy between a handful of leading machines (with the ZX Spectrum and Commodore 64 being the two titans of this arena), but it was still a bizarre and bewildering situation.

And no matter which system you opted for, to be honest, you still needed a certain amount of beardie weirdie know-how to get the buggers to do anything at all. But a whole generation of kids, eager to join the 21st century when we'd be zipping around in hover cars and bossing robots about, were more than prepared to learn. Now admittedly in practice this usually only extended as far as learning to type a much abused bit of code that usually ran something like this...

...which explains why so often home micros on display in various shops were often displaying screens full of scrolling obscenities, and frequently ones far worse that the example quoted above. Of course, the other code we all learned went something like this - LOAD "" - for this was the magic formula make your home micro play games. And naturally that soon became the default purpose for most home micros. Oh yes, we badgered our parents with lofty talk of how a computer would help us with our schoolwork but really we just wanted to play Manic Miner. 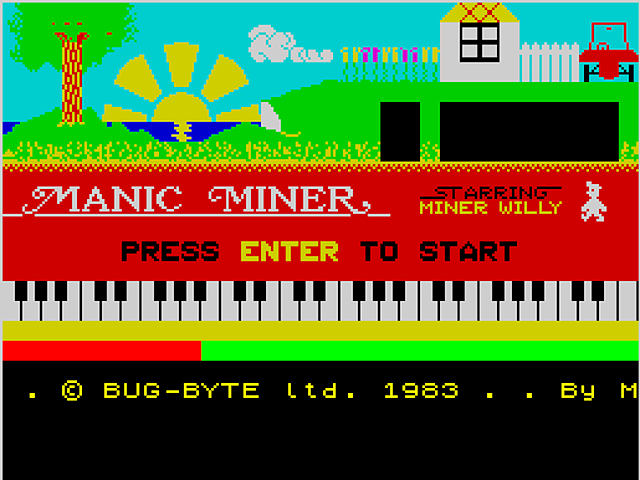 Ultimately however the home micro market crashed, and largely down to two factors. Firstly, as is blindingly obvious to anyone, having more than twenty competing and incompatible systems was always going to end in tears. Too many punters got by buying machines that disappeared quickly or worse still died a long lingering death due to a lack of handy hardware such as printers or joysticks and no one stocking any software for them. The second reason was the second coming of the games console - hey kids, no more messing about with bits of code, or fighting to configure a joystick to work properly - just plug in a cartridge and away you go!

However while the home micro boom was short-lived and many of its predicted benefits completely failed to materialise, one of its loft prediction did come true. And that was that a great many people - usually the aforementioned beardie weirdies and spotty kids in bedrooms - did actually end up making small fortunes from learning to code and writing programs. Well, I say programs, but in the main, it was writing games. Now some were genuine classics, such as the previously mentioned Manic Miner, while others like 3D Ant Attack pushed the boundaries of game design. But on the other hand, some people came up with very odd ideas for games...

Tune in next time, to discover the absolute palavar involved trying to get a game to work on a home micro. and the frequently demented nonsense that present itself when you finally got the bloody thing to load!

HYPNOGORIA 89 - The Shape of Water 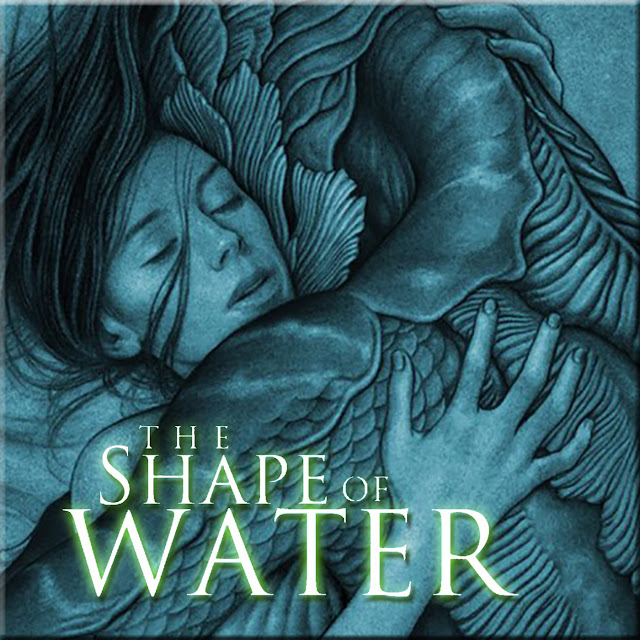 In this episode, Mr Jim Moon takes an in-depth look at the Oscar winning monster movie from Guillermo del Toro. First we have a spoiler-free review of The Shape of Water, and then in the second half, we delve deeper, exploring its connections to The Creature From the Black Lagoon movies and other connections to folklore, fairy stories and classic films.

HYPNOGORIA 88 - The Chronicles of the Creature Part III 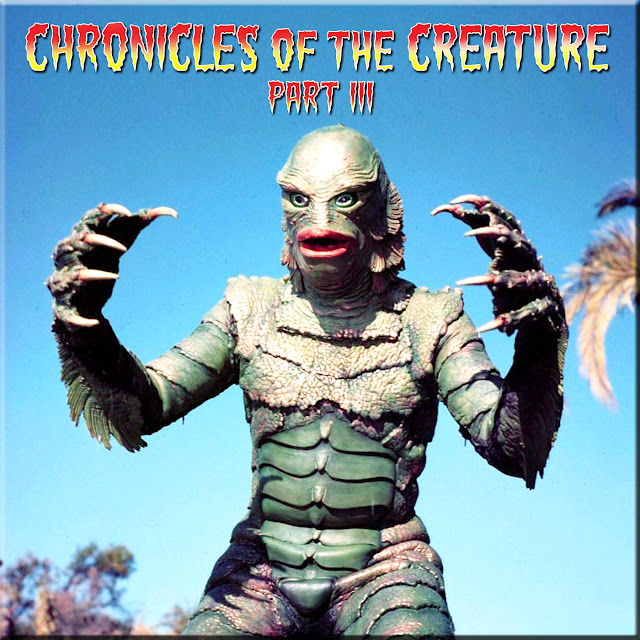 In this episode Mr Jim Moon takes a look at the further adventures of the Gill-man, exploring Revenge of the Creature (1955) and The Creature Walks Among Us (1956)


DIRECT DOWNLOAD -  HYPNOGORIA 88 - The Chronicles of the Creature Part III

Tea-time at The Black Lagoon 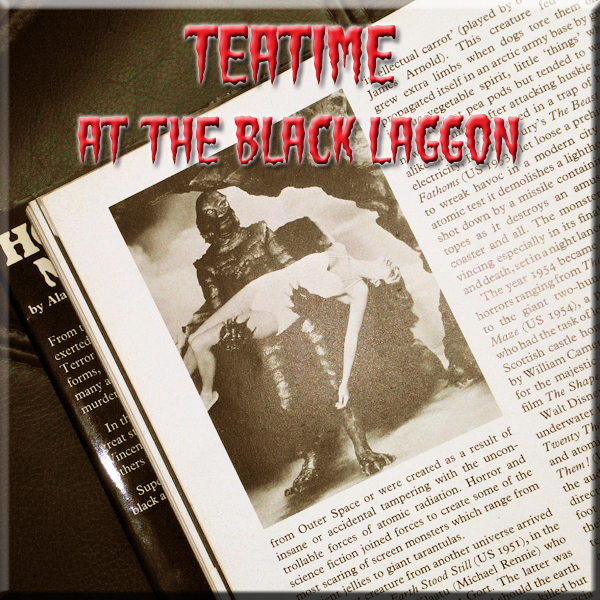 A bonus mini-episode for you all recounting a childhood encounter with the Creature!

HYPNOGORIA 87 - The Chronicles of the Creature Part II 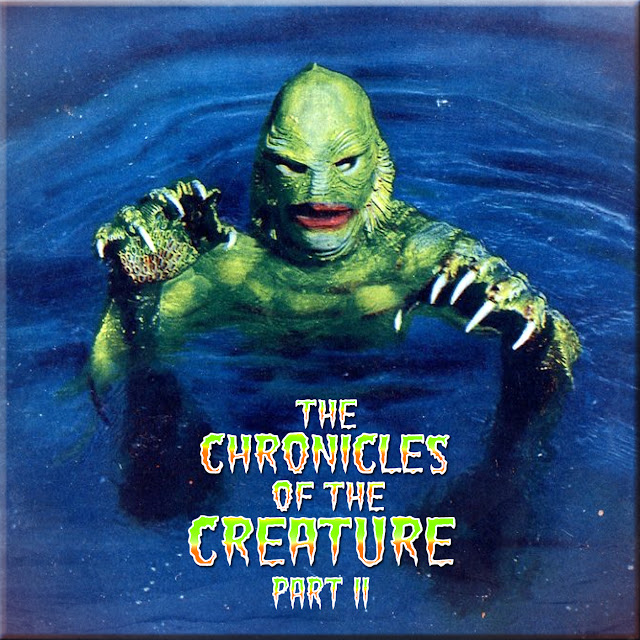 In this episode, we continue on your exploration of the Gill-man and take an in-depth look at the classic horror SF movie The Creature From The Black Lagoon (1954) directed by the great Jack Arnold. Plus we also take a peek at the Gill-man in print and unearth various plots for remakes.

DIRECT DOWNLOAD -  HYPNOGORIA 87 - The Chronicles of the Creature Part II

The History of Horror Double Bills 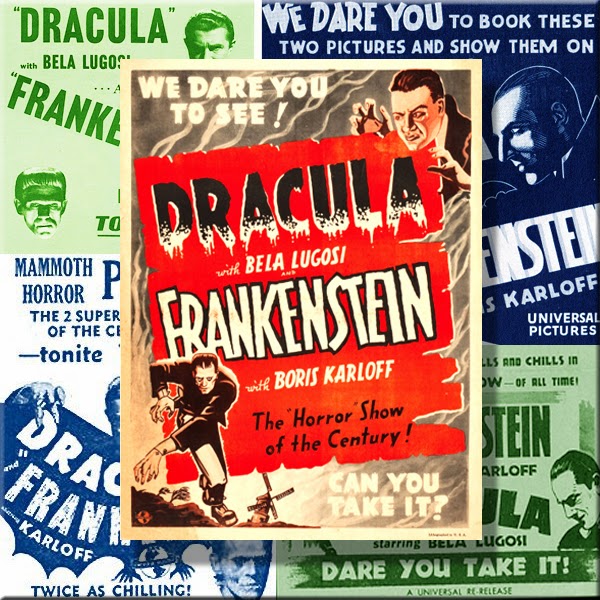 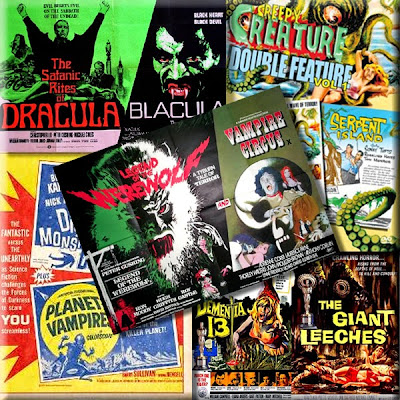 In the second part of our investigations of horror double bills, Mr Jim Moon details the second wave of the Universal Monsters, the chillers from RKO conjured up by Val Lewton, charts the building of the Hammer house of horrors, takes a spin through the history of the drive-in, and examines the double trouble that was AIP and Roger Corman! 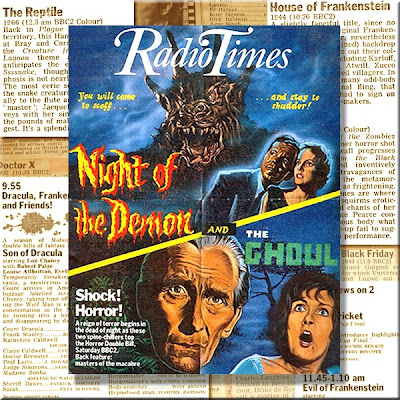 In the third and final part of our series of double features in horror, Mr Jim Moon examines the history of the late night horror double bill on TV, discussing the likes of Shock Theater, horror hosts, Creature Features and the legendary BBC 2 horror double bills 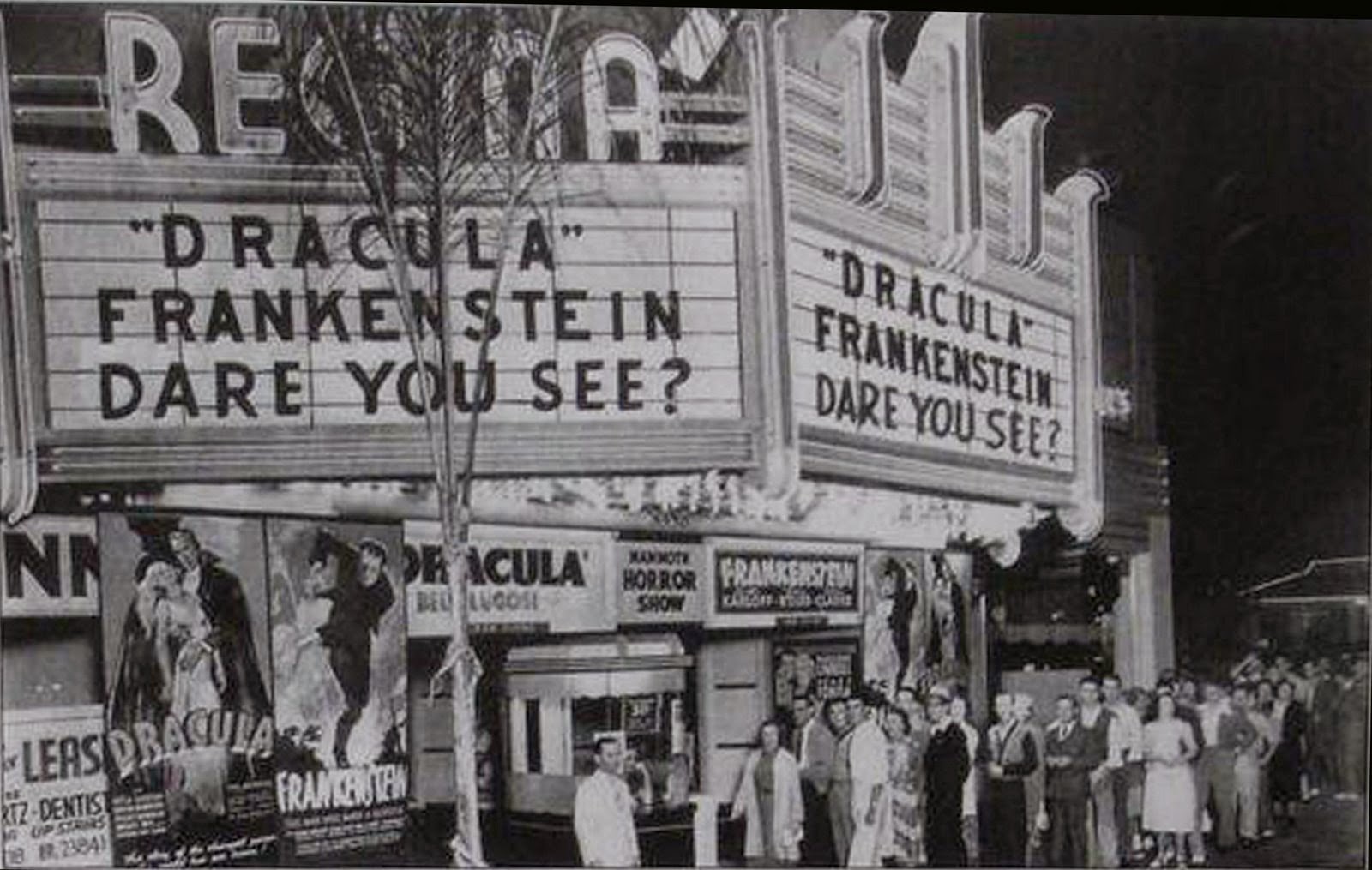 HYPNOGORIA 86 - The Chronicles of the Creature Part I 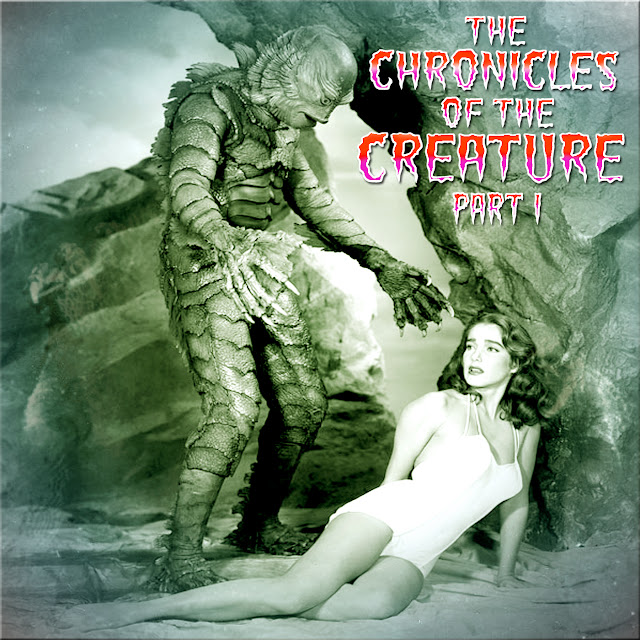 In this episode, Mr Jim Moon invites you all to take a leisurely boat trip down the Amazon river to the Black Lagoon. Here we'll learn of the origin and history of its famous resident monster the Gill-man, and all about the making of the classic movie The Creature From The Black Lagoon (1954).


DIRECT DOWNLOAD -  HYPNOGORIA 86 - The Chronicles of the Creature Part I