FOLKLORE ON FRIDAY - The Thirsty Stones 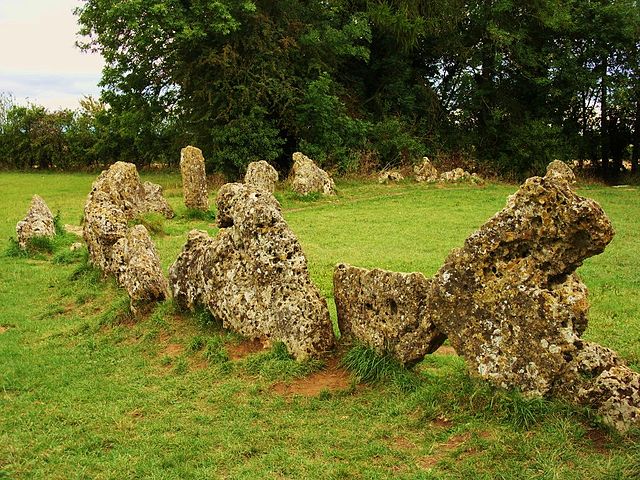 The King's Men at the Rollright Stones

In this little series of articles we have been discussing the curious lore surrounding the standing stones and ancient monuments of the British Isles. So far we have investigated tales of rocks that revolve and rotate, megaliths that move about the countryside on their own, and last time, we discovered that allegedly some stones even come to life and dance. And when discussing the animated antics of the famous Rollright Stones, we discovered that local folklore claims they have another peculiar habit, that of sloping off in the dead of night to go for a drink. Now obviously the ancient stones are not sliding into the bar of the Red Lion in nearby Long Compton for a swift half - that would be patently ridiculous - however it is said that the Rollrights make their way down the hill to sip from a spring in nearby woodland.

Most curious behaviour I'm sure you'll agree. However surprisingly the Rollright Stones are not the only ancient rocks with a taste for water, for it would seem that many British standing stones have something of thirst. To begin with we have another tale of that baddest of rock stars, the Wimblestone (see here for details of its other exploits). According to an old story recounted by R Tongue in Somerset Folklore (1965), the often highly mobile and aggressive Wimblestone was prone to pay a visit to another ancient monument, the Water Stone near Wrington. Now this actually an arrangement of stones that are all that remains of a neolithic burial chamber, and this dolmen seems to take its name from the fact that rain collects in one of the large slabs. According to Tongue's tale, after an altercation with a pesky human, the Wimblestone wandered over the Mendips to carp to the Water Stone about how stupid mortals are, and help itself to a drink of cooling rainwater.

Other ancient rocks however are somewhat better behaved. At Enstone is another arrangement of stones, the remains of a chambered tomb, known as the Hoar Stone. According to a local legend, the three largest standing stones here are the remains of a man, his horse and his hound who were turned to stone. Unfortunately the story of why this petrification occured seems to be lost in the mists of time. However local lore holds that on Midsummer Eve - a favourite time for stones to go a-moving about on their own it seems - the largest stone, sometimes called 'the Old Soldier' slips off down to the village to take a drink from the stream there. 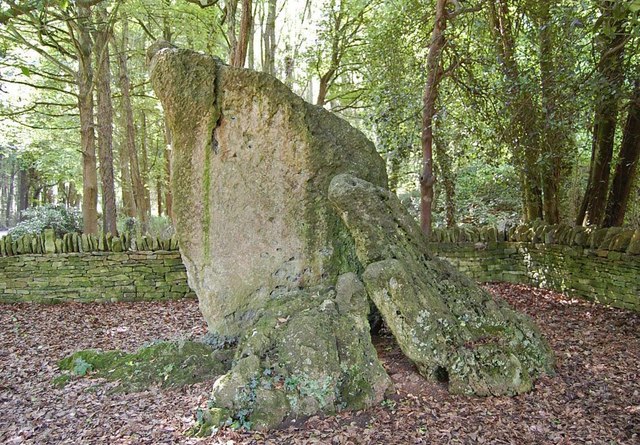 Nipping off from a drink would appear to be a popular pastime among the remaining stones of ancient burial chambers. Arthur's Stone, another cromlech near Gower in Wales, aside from numerous connections to Arthurian legend, is said to stroll off for a crafty drink of water when no mortals are around. Furthermore it would seem that the stones of Wales are particularly thirsty. Near the village of Evenjobb in Powys, are four standing stones known simply as the Four Stones. And while one may decry the lack of imagination in their naming, their lore is certainly colourful enough with local tales alleging that at midnight the quartet make their way to Hindwell Pool for a refreshing drink. Also in Powys is Maen Llia, or Llia's Stone - and this menhir too is fond of drink, supposedly favouring a morning stroll at dawn to have sup from the River Nedd. While at Reynoldston, another Arthur's Stone is alleged to make an annual trip down to the sea to take a drink.

For a few stones though, just popping off for a simple drink is not enough. Once again in Powys, Wales, one can find near Crickhowell, the Fish Stone, a tall menhir whose tapering form is somewhat piscine. However it is possible that its name does not merely derive from its shape, but from an old legend that claims on Midsummer Eve once again, the stone not only makes its way to the nearby River Usk but goes for a swim in the waters. Likewise the King Stone, near Hay-on-Wye, in Herefordshire, likes a dip too. Although rather than observing some date of mystical significance, the Fish Stone apparently only bobs off for a swim on very hot days.

Quite why so many ancient standing stones have an attraction to water is something of mystery. However it would appear that it is something that has spread to other items of stonework. For in Langton Herring in the fair county of Dorset, is an ancient cross. Now much weathered by the passing centuries, this is a wayside cross, a small monument erected in the medieval period, considerably later than the assorted stones we have been discussing. However, mere whippersnapper it may be, local lore claims that on New Year's Eve, the Langton Cross makes it way to the River Fleet to take a drink.

Now in this series of little articles, we have discovered that a great many ancient standing stones are claimed to move about of their own volition. Now, the Langton Cross looks rugged and weathered enough to be mistaken for a more ancient monolith, but discovering a relatively recent stone behaving in the same way got me wondering... And next time, we'll discover if there are other modern stones and monuments that are alleged to magically move too 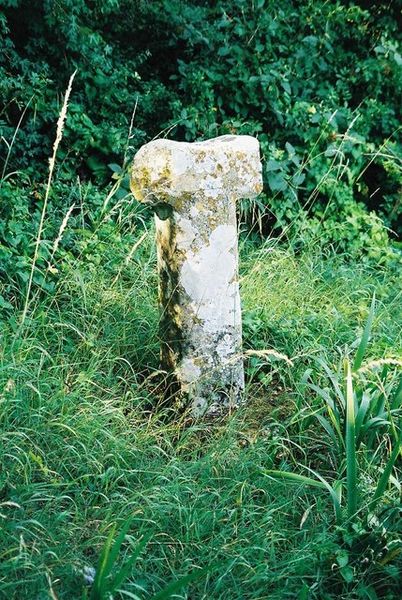 In honour of this series I have just completed a pilgrimage to the Bunnet Stane and Macduff's Cross* by velocipede. What I should have done is selected the Crocodile Stane and Balbirnie Stone Circle instead and been blown home by the stiff southerly that came up suddenly.

*Cross long since gone, only its pedestal and some stones present