FOLKLORE ON FRIDAY - Man-size in Marble 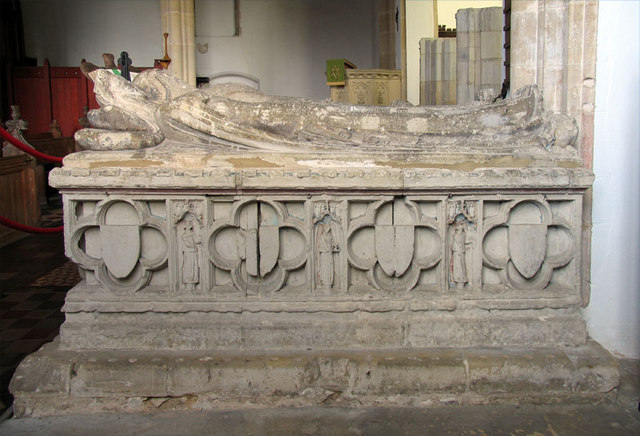 Over the past few months we have been exploring the curious lore surrounding assorted ancient monuments that holds that at certain times, they move, rotate, walk, wander off for a drink, and even go for a swim. Along the way, we have frequently encountered theories that these strange old tales are perhaps rooted in the now lost and forgotten rites of our pagan ancestors; the legend of a standing stone that is said to dance or move around is a folk mis-remembering times when the locals would dance or move around the specially erected rock and so forth. However, we have frequently found that this magical power of animation seems to extend to assorted stones and monuments that have a far more recent origin.

In the last instalment, while talking of stones that in a most surreal fashion that pop off for a drink or to take a dip, I could not help but be reminded of a book I read as a child - The Enchanted Castle (1907) by E Nesbit. Now in this classic children's novel, we learn that the statues in the garden of Yalding Castle enjoy a secret life of their own at night -

Something white moved under a weeping willow; white hands parted the long, rustling leaves. A white figure came out, a creature with horns and goat's legs and the head and arms of a boy. And Gerald was not afraid. That was the most wonderful thing of all, though he would never have owned it. The white thing stretched its limbs, rolled on the grass, righted itself and frisked away across the lawn. Still something white gleamed under the willow; three steps nearer and Gerald saw that it was the pedestal of a statue empty.
"They come alive," he said; and another white shape came out of the Temple of Flora and disappeared in the laurels. "The statues come alive."

One of the castle's stone exhibits, a sculpture of a prehistoric saurian, also comes to life, and even goes for a swim in the lake, much like the standing stones we discussed last time. 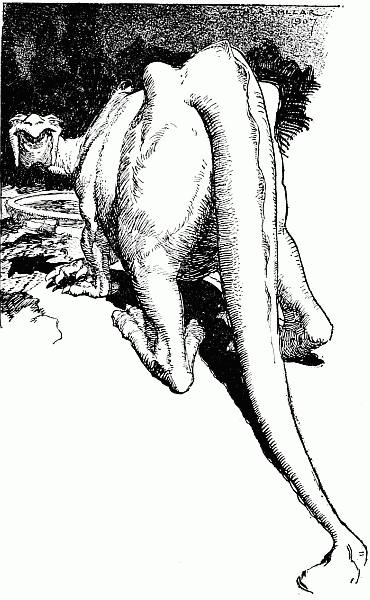 At first, given that this is a magical tale for children, it would be easy to dismiss this coincidence as a mere piece of whimsy. However I then also recalled another tale by Nesbit, one that I heartily recommend not reading to the little ones! For E Nesbit also penned a great many tales for grown-ups, including a host of top notch macabre tales, and one of the most celebrated is a short story entitled Man-size in Marble. In that story, (which you can hear me read here) a young couple move to a country cottage where all is pleasant and idyllic, except for a curious local legend concerning some effigies in the the local church...

"They do say, as on All Saints' Eve them two bodies sits up on their slabs, and gets off of them, and then walks down the aisle, in their marble"--(another good phrase, Mrs. Dorman)--"and as the church clock strikes eleven they walks out of the church door, and over the graves, and along the bier-balk, and if it's a wet night there's the marks of their feet in the morning."

Now while the animated statuary in The Enchanted Castle sounds like imaginative fun for young minds, the account of stalking statues in Man-size in Marble very much has the ring of authentic folklore about it, in particular the detail that they animate annually on a certain night of the year. Was there perhaps a real legend that Nesbit had heard which had provided the inspiration for this classic horror tale?

My first port of call was the excellent Oxford Dictionary of English Folklore (2000) by Jacqueline Simpson and Steve Roud, and there was indeed a dedicated entry on statues. And aside from noting a widespread tradition of touching various statues for luck, we also have this -

The other recurrent piece of folklore about a statue is the assertion that it gets down from its pedestal and walks about, or sits down for a rest, whenever it hears midnight strike; the lions at the door of Fitzwilliam Museum, Cambridge either roar or drink from the gutter

So then, it was indeed very likely that Nesbit's tale was informed by real folklore. And what's more, it did not take me long to find a possible candidate. At the Holy Trinity Church in the village of Ingham, Norfolk are the tombs of two knights, Sir Oliver de Ingham and Sir Roger de Bois. And according to local legend on the night of the 1st of August, ever year the stone effigies get down from their tombs and take a stroll down to the nearby Stalham Broad. In a highly dubious account related by Chas Sampson in Ghosts of the Broads (Jarrold 1976), it is alleged that when they reach the water's edge, the stone knights engaged in battle with the shade of a foreign knight.

However given that the same account claims that investigators not only witnessed all these strange events, but also photographed the now empty tomb plinths, and even took movie footage of the stone effigies lumbering away, we should perhaps take the claims of a battle with a chap wield a scimitar with a pinch of salt or two. One cannot help wondering whether the entire .Ingham story was completely fabricated to fill out a book of spooky Norfolk tales - something which I fear is quite likely as the volume was clearly aimed at tourists. But even if  that were case, the tale would appear to have been inspired in turn by actual folklore. For as I was to discover, there is no shortage of stories about statues that come to life... 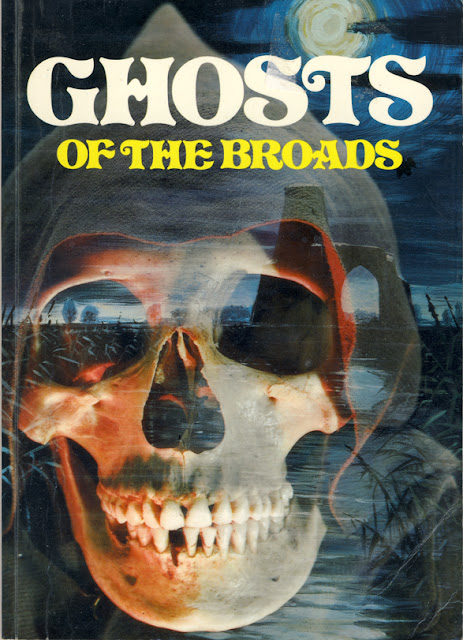 I always fancied picking up the Ghosts of the Broads book as I was heavily into the Jarrold series when I was a youngster. Scottish Ghosts Stories and Strange Scottish Stories are favourites. Might have to search some out now.