FOLKLORE ON FRIDAY - Lost in the Bluebells 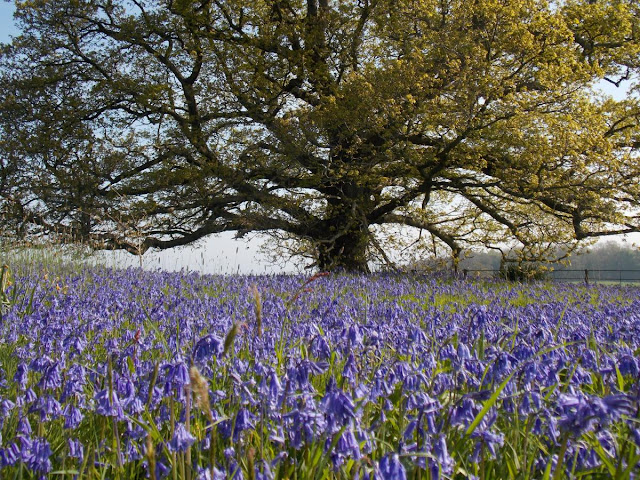 Last time on Folklore on Friday, we were recounting the legends and lore surrounding one of Britain's best-loved wild flowers, the bluebell. And so, as is somewhat traditional now, this week I thought we would set out and try to trace where all the assorted bluebell folklore comes from. Now normally this kind of search yields a trail of mentions in increasingly older works, and one can put together some kind of line of descent and see how different authors, whether literary or scholarly, have passed on the lore to new generations.

But in the case of the bluebell, something rather curious happened. For despite there being no shortage of folklore surrounding the bluebell, actually pinning down any sources proved to be somewhat tricky. Indeed I couldn't help feeling that there was more than a little irony in the bluebell's proper Latin name - Hyacinthoides Non-scriptus - which literally means 'the hyacinth that is not written about'. Joking aside, this Latin name is actually a reference to Classical mythology - the plant name Hyacinth is derived from a tale of a prince of ancient Sparta, Hyakinthos, who was loved by the gods. However the god of the West Wind, Zephyrus grew jealous when Hyakinthos was enjoying a game with the sun god Apollo, and blew the discus they were playing with off-course. The spinning disc hit Hyakinthos on the head and slew him, and where his blood fell, the Larkspur flower sprang up - which the Greeks called Hyacinthos. Now this flower has distinctive markings that resemble Greek letters - indeed the marks appear to spell 'Alas' in Greek, which mythology ascribes to the flowers showing Apollo's grief. Now the father of taxonomy, Carl Linnaeus placed the Larkspur and the bluebell in the same family, and hence the British wild flower was dubbed 'non scriptus' or 'not written' to show it was a variety that did not bear the distinctive markings and not the flower referred to in the classical myths.

Over the years the taxonomic name of the British bluebell had varied before the one given by Linneaus became standard, but generally these older variants often retained the 'non scriptus' tag. Now the origin and derivation of names often can give us clues to where various legends come from. However in this case, all the ancient names of this flower tell us is that it is not referred to in Classical myth. But not all folklore stretches back to Graeco-Roman antiquity, and in the case of the flora and fauna, often the regional or old country names can be very helpful. In his book The Englishman's Flora first published in 1955, Geoffrey Grigson notes a plethora of alternative names for the  humble bluebell -  Blue Bonnets, Blue Bottle, Blue Goggles, Blue Granfer Greygles, Blue Rocket, Blue Trumpet, Bummack, Bummuck, Crawtraes, Crakefeet, Crawfeet, Cross flower, Crow-bells, Crow-Flower, Crowfoot, Crow picker, Crows Legs, Crowtoes, Cuckoo, Cuckoo Flower, Cuckoo's Boots, Cuckoo's Stockings, Culvers, Culverkeys, Fairy Bells, Goosey Gander, Gowk's Hose, Granfer Gregors, Grammar Greygles, Granfer Griddlesticks, Greygles, Harebell, Pride of the Wood, Ring O'Bells, Rooks Flower, Single Gussies, Snake's flower, Snapgrass, Wild Hyacinth and Wood Bells. And while that list might seem very comprehensive, it is but the tip of a floral iceberg, for Roy Vickery, who was a botanist for the Natural History Museum, London for over 30 years, in his excellent tome Conkers, Garlands and Mother-Die: British and Irish Plant Lore (Bloomsbury 2010) reckons the bluebells have around 70 or so different names in the British Isles. 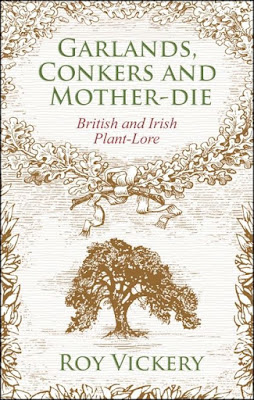 Now many of these are fairly self-explanatory referring to the colour and shape of the flowers. However one does notice a frequent association with crows and cuckoos, (incidentally a gowk is a regional name for the cuckoo, while a rook is a member of the crow family), and this is somewhat curious as neither bird features directly in the bluebell lore we recounted last week. However the cuckoo lends its name to many regional titles for plants and flowers, and generally this comes from a common origin - namely that the cuckoo is a traditional harbinger of spring. Indeed there has been a long tradition in the British Isles of recording when the first cuckoo is heard, and one of our oldest folk songs 'Sumer is Icumen In' is a celebration of hearing the first cuckoo call of the year that heralds spring has begun. So then, given the symbolic importance of the cuckoo in the English calendar, plants that begin to appear when the cuckoos can first be heard have therefore often gained an association with that bird.

Now the crow on the other hand has a somewhat sinister reputation, particularly in the modern popular imagination, where it is frequently spotted in horror genre imagery. However, being a carrion bird, crows and other corvids have been linked to death in many ancient traditions as well. But while bluebells have a dark side too, sometimes being called Dead Men's Bells and supposedly ringing to herald a death, I rather suspect the association with crows being invoked in so many regional names is most likely due to a far more innocent connection. And that is simply that crows begin nesting, often rather noisily, in April, which is of course when the bluebells begin to appear in our woodlands.

However while detailing several local traditions in which garlands containing bluebells are made, in his highly comprehensive book of plant folklore Mr Vickery makes no mention of any of the legends and lore we discussed last week. So then, I consulted several other key reference books that every amateur folklorist should have. The Oxford Dictionary of Folklore compiled by J, Simpson and S, Round (Oxford University Press 2000) has no entry for bluebells, and neither does E and MA Radford's Encyclopedia of Superstitions (Hutchinson 1974). Likewise consulting the excellent Brewers Encyclopedia of Phrase and Fable yields no results either. Worse still A Dictionary of Superstitions (Oxford University Press 1989) edited by Iona Opie and Moira Tatem, a superb tome that gives detailed chronological sources and quotes for all the folklore contained within, has nary a mention of the little blue flowers either. And while many other books and articles make mention of the assorted lore I covered last week, none actually give any sources leaving us with something of a puzzle - on one hand bluebell superstitions are widely known and yet it is conspicuously absent in many volumes detailing  real historical folklore and legends.

So where on earth does this wealth of lore come from? Next time, I venture deeper into the world of the bluebells and try to separate folklore, fauxlore and fakelore! 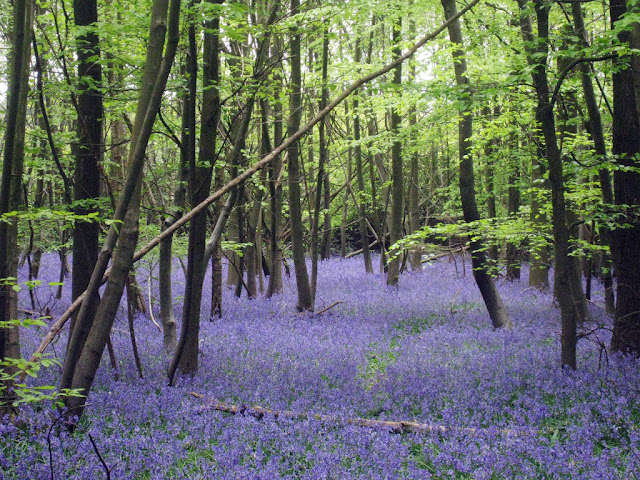