FOLKLORE ON FRIDAY - The Headless Hobgoblin of Neasham 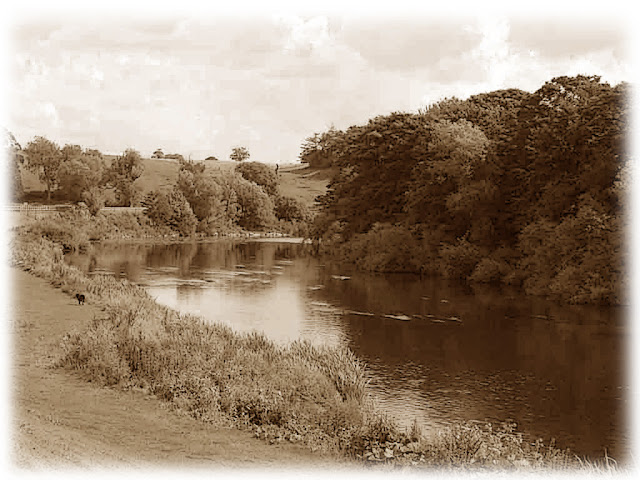 From its source in the mountains and forests of the Pennines, the River Tees has many twists and turns as it makes it way to the sea, with dozens of little villages and towns dotted along its banks. Unsurprisingly as folks have lived by its sides for centuries, the ancient waterway has a huge wealth of its own legends and folklore. Previously in this series of little articles we have made mention of Peg Powler, a predatory horror that lived in its depths in Darlington, and of the presentation of a dragon slaying falchion to each new Bishop of Durham at a bridge over its waters in Croft. However just a little further down its course from Croft, comes one of the strangest tales.

Literally just over the bridge at Croft, where Lewis Carroll grew up, is the little town of Hurworth. And as the Tees leaves the picturesque town an old road follows its course for a few miles east to the village of Neasham. The village is more than a thousand years old and in days gone by the little road between Neasham and Hurworth was home to a most peculiar menace. Now many rivers and bodies of water have some local legend attached to them, most usually stories of monstrous beings that love to drown those who stray too near to their edges. In the United Kingdom, these often take the form of horrible aquatic hags such as Jenny Greenteeth, who delight in drowning children in particular. And in the nearby Darlington, the Tees was said to be home to Peg Powler, and the foam generated at the churning river bends and turns was known locally as "Peg's suds", a sign that the feared river witch had been doing her washing thereabouts.

Now it was said something of a similar ilk haunted the edges of the Tees on the little road from Neasham to Hurworth. Like many such water spirits, it was said to lure unsuspecting travelers off the road into the treacherous waters of the Tees. However this particular being was reported to appear in a most unsettling shape, a disturbing and unlikely form that led to this local monster becoming known as Hob Headless. And for many years, the Headless Hobgoblin of Neasham was blamed for assorted disappearances, deaths and drownings on that stretch of the river.

However while other dwellers from the depths often lingered on in the folk memory, with tales being told of them into the 20th century and even still repeated today, the Headless Hob's reign of terror did actually come to a definite end. Apparently on New Year's Eve 1772, a bricklayer from nearby Darlington, named Robert Luck was making his way home along the road by the river where Headless Hob hunted. Now from the date we might very well assume that Mr Luck may well have had a few drinks that night, and possibly that might be the key to his eventual fate. However whatever exactly happened that night, certainly young Robert ironically was short of luck, for he was never to return home.

Naturally his disappearance was blamed on the predations of the Headless Hobgoblin. Now according to local tradition, most folks were kept safe from the monster's clutches by the fact that the Hob could not cross a little tributary of the Tees, the Kent, and hence was prevented from menacing folks in the village. However the people of Neasham decided that enough was now enough and called for a priest to come and exorcise the malevolent sprite. Apparently the ritual was a success and the strange being was imprisoned, for as Mr William Henderson relates -

He has been exorcised, however, and laid under a large stone formerly on the roadside, for ninety-nine years and a day. Should any luckless person sit on that stone, he would be unable to quit it for ever

The claim that the stone had the power to magically glue anyone sat upon it, as been seen as an act of revenge by Hob Headless trapped beneath it. But I think we may safely surmise that it was probably a prescription publicised to prevent any folks from tampering with it and accidentally unleashing the Headless Hob once more. However as Mr Robert Woodhouse records in Haunted Darlington, in the 19th century the large boulder was indeed disturbed in order to modernise that particular stretch of road. But thankfully there were no further reports of Headless Hob returning.

Perhaps the new road  was safer, and less prone to slippery puddles or flash floods that could sweep unwary folks into the Tees. Or maybe the exorcism held past the alleged ninety-nine years and day time limit. Or maybe, just maybe, the Hob was never entombed beneath the stone in the first place, and had actually just fled in search of new places to haunt. For there are reports of other headless apparitions menacing folk on an another isolated path by a waterway near Darlington... But that's a tale for another day... 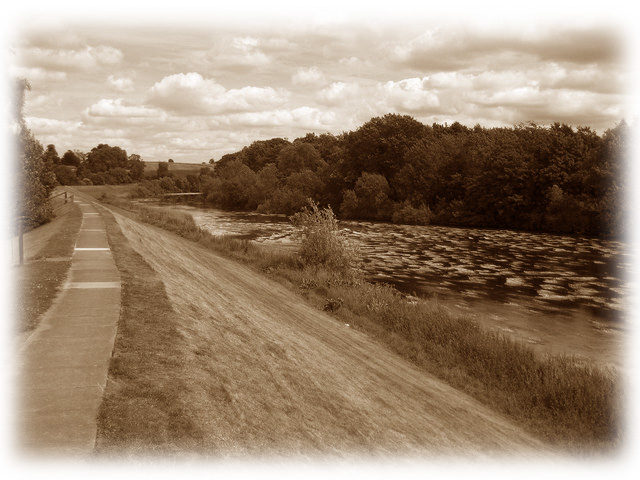