FOLKLORE ON FRIDAY - Clocking On 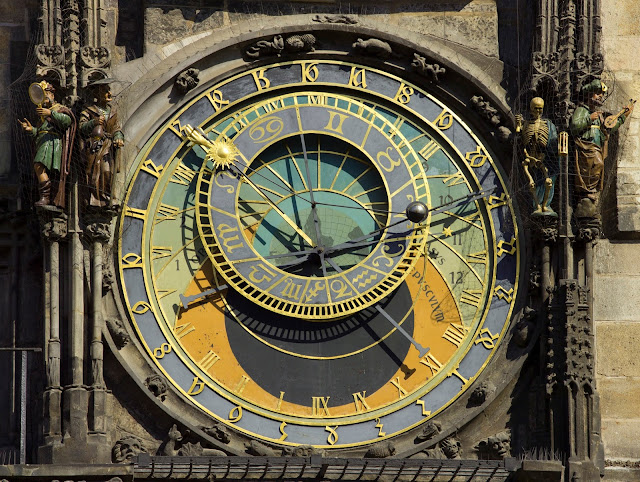 Time often plays an important role in folklore, with many folk beliefs, rituals or events being tied to specific dates or times. Indeed, many folk beliefs evolved from a need to observe a certain time or date, and in earlier societies that were less technologically advanced than us, marking such times and dates were very important tasks. We take for granted the luxury of owning the likes of modern smart phones that easily fulfil the roles of calendar, clock and almanac  - indeed we moan that we are too shackled to time. However in ages past, the common complaint was being uncertain of the time or even the precise date! So then, for many centuries, clocks were luxury items and whole communities relied upon civic timepieces such as the town clock or the ringing of the church bells.

So then it is perhaps not that surprising that as revered machines, requiring very arcane knowledge to maintain and repair, many strange beliefs began to gather around the humble clock. After all, the idea that something that measures time might have some of the powers of Time itself is only a small leap for the ever agile human imagination to make. For example, there are a host of superstitions that related to clocks or bells sounding the hour. In many places it was considered unlucky to continue speaking while the hour chimes sounded - for you were acting with hubris, placing yourself in importance over Time itself, and you could expect that the powers that be would line up some sort of chastisement in the future.

In a similar vein, to be unexpectedly interrupted by a clock chiming was seen as a dire warning. In many parts of England, especially in Sussex, Somerset and Cornwall, it was said that should a clock chime or bells strike the hour during the singing of a hymn, it foretold a death in the parish during the following week. While in the north of England, it was believed that it was most unlucky for the hour to sound during a wedding service, for it foretold the death of either the bride or groom before the year was out. 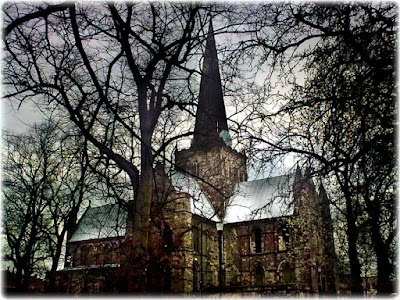 However some beliefs actually evolved from the complexities of keeping an old fashioned clockwork timepiece not just running but running reliably and accurately. A long standing tradition stated that it was good luck to place a small cup or thimble of kerosene or paraffin inside a clock's case. Now while this is somewhat frowned upon these days as a fire hazard, particularly if said clock is on the mantle above your fire, there was a kernel of truth in it. Spirits such as kerosene and paraffin evaporate slowly and as they did so the fumes would coalesce on the gears and cogs of the clock, naturally lubricating them again and again over time. And hence your clock would run smoothly and accurately for longer and be less likely to break. However modern clock repairers do warn against this, for aside from the fire risks, the problem is that clocks are very delicate devices and not all of the parts of the mechanism need lubricating. And for those parts that do not, the oily residue merely collects dust and dirt that may in the long term end up harming the working of your timepiece.

Another old superstition holds that it is bad luck to turn a clock backwards. Now this belief partly stems from the breaking of a common old folkloric rule - generally doing anything that goes against the ordinary processes of the natural world is to risk upsetting the balance of life. Time only goes forward, and hence so should clocks, even when having their time adjusted. However there is another origin for this superstition, one that draws upon both supernatural beliefs and the technical lore of clocks. For until relatively recently, actually turning a clock backwards would damage the intricate mechanism within, as the clockwork was only designed to go one way. Modern clocks now are built so that you can turn them back without harming the movement, but this has only become a common feature within the last eighty years or so. Hence, until the last century, turning a clock backwards was to run a very real risk of it stopping or breaking completely. And in the days when clocks very rare and valuable items that was bad luck indeed!

However this belief also relates to perhaps the most famous of all superstitions about clocks (and one we shall explore in more depth next week) - that a clock suddenly stopping or chiming unexpectedly portents the death of a loved one. Therefore to do anything to cause a clock to either chime erratically or to stop was to be tempting the Grim Reaper to make a call... 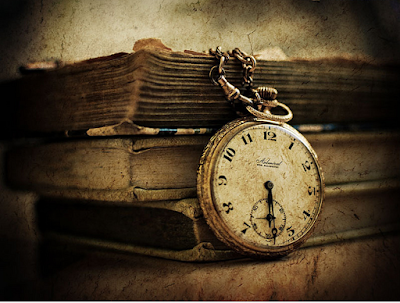