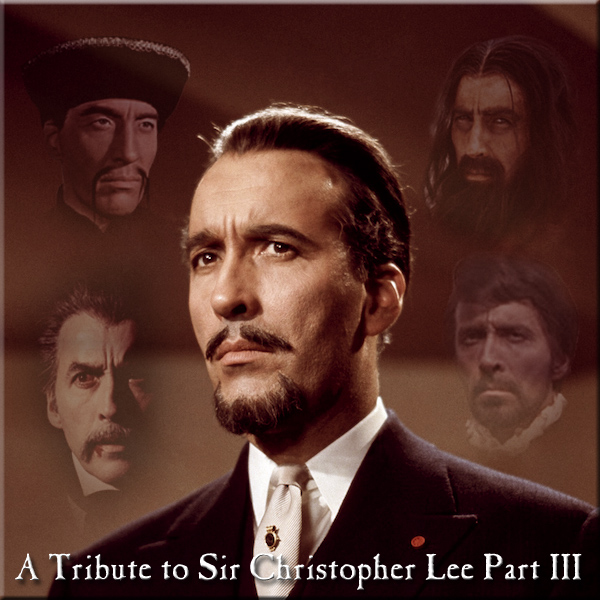 Mr Jim Moon continues his journey through the long career of Sir Christopher Lee, exploring is most productive period the 1970s, where he made numerous films for Hammer, Amicus, and AIP, and worked with film-makers such as Terence Fisher, Freddie Francis, Jess Franco and Harry Alan Towers. We sample the psycho-chiller Scream of Fear (1961), investigate the case of Sherlock Holmes and the Deadly Necklace (1962), go marauding with the Devil Ship Pirates (1964), dodge The Gorgon (1964), gaze into the Face of Fu Manchu (1965), visit Dr Terror's House of Horrors (1965), meet Rasputin the Mad Monk (1966), and find out what's inside the The Oblong Box (1969). And of course we run into Count Dracula many many times...