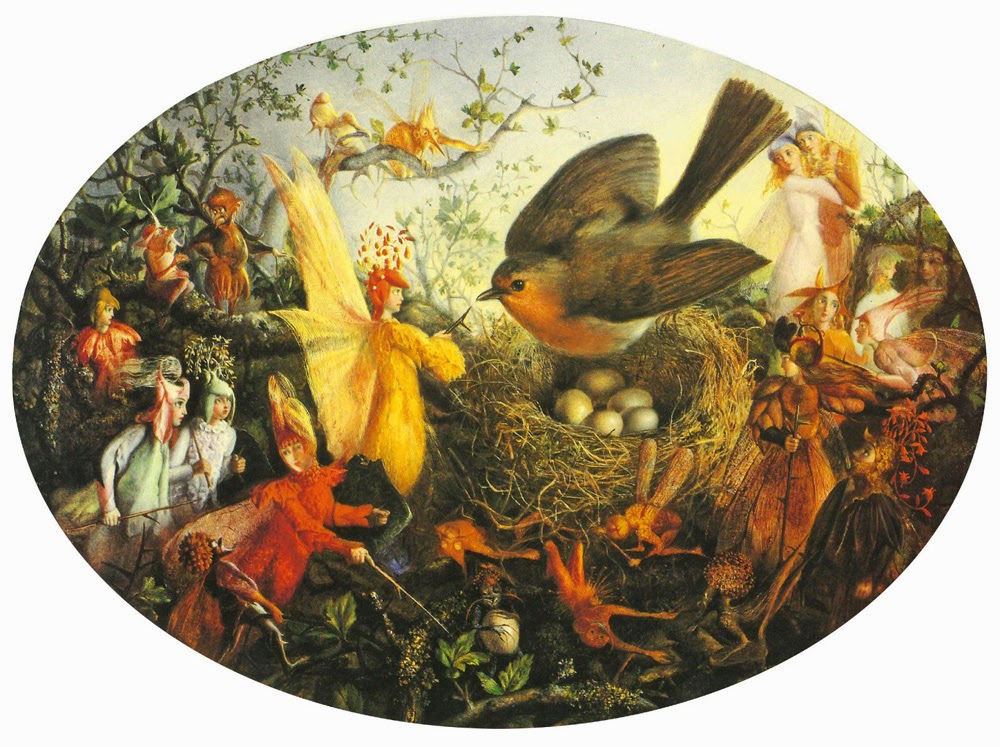 The humble Robin Redbreast, or Erithacus rubecula melophilus if you're given to outbreaks of Latin, is one of Britain's favourite birds, making its home in woods and hedgerows, and is a frequent visitor to our gardens. Unlike their European cousins, British robins are rather tame, having forged a friendship with humankind many centuries ago. When a garden is being dug, a robin will often be close by, watching for any juicy slugs or worms unearthed by the spade. They soon learn which households will put food out for them, and furthermore will learn what time the food regularly gets placed on the bird table, appearing in good time for the day's offerings. Robins will even come into your house or feed from your hand with very little coaxing.

And our long friendship with the robin is commemorated in our folklore. To begin with it was considered very unlucky to take robins' eggs or to disturb or damage a robin's nest. In many parts of Britain,  it was said that if you broke a robin's egg, something of your own would be broken soon after, and local lore in many places asserted that it would be not just a beloved item, but your arm or your leg. While in Dorset, it was believed that stealing robin eggs would cause your fingers to grow crooked.

Not surprisingly then, it was also considered extremely unlucky to kill a robin. To begin with ill fortune would be yours, often taking the form of maladies in your livestock, such as cows giving bloody milk or litters of animals being born dead. In Hertfordshire and other counties it was said that much like breaking an egg,  killing a robin would result in a broken arm or leg. In Ireland, folk belief held that he who killed a robin would never have good luck ever again, even it was said, if they lived to be a thousand years old.

And if such misfortunes weren't enough, it was also claimed that harming a robin would mark you for life. In parts of England, it was said that if you killed a robin, the hand that did the deed would shake forevermore. Over in Ireland, it said that the offended hand would developed ugly red weals or boils, while in the county of Shropshire it was claimed that the hand that did the bloody deed would actually drop off! And it gets worse. An old English folk rhyme states -

"The blood on the breast of a robin that's caught,
Brings death to the snarer by whom it is caught."

In some places it was said that whatever method was used to slay poor robin would become the way you yourself would meet your demise. Therefore the Sparrow who slew Cock Robin with his bow and arrow in the old nursery rhyme could expect death by archery in his near future.

This belief that harming robins was bad luck was very common throughout the British Isles, and furthermore has persisted into modern times. In 1974 when the showjumper Ted Edgar was asked by a reporter why he wasn't having much success that season, Edgar wryly replied "I must have shot a robin, mustn't I".

So why is the robin so revered? Well, it should also be noted that robins were believed to be, quite literally, ominous birds. For across the length and breadth of the British Isles, there are folk beliefs that cast robins as omens or messengers of death. In the northern counties, it was believed that if a robin came and tapped three times at your window pane, death was near for someone in the household. While in other many regions it was said that a robin entering a house foretold a death to come soon within that household.

Even the robin's warbling song could bode ill. While the redbreast's singing is usually cheery and bright, it has been noted that the song becomes more wistful and even sad sounding in the winter months. And so, in some places, to hear a robin singing mournfully was considered to be unlucky, particularly if it came sadly singing to your window or doorway. For example, in Devon it was thought that if a robin lands upon the roof of a cottage and  "utters its plaintive weet", a baby inside was to die.

Hence the folk reverence for robins could well stem from the idea that it would be most unwise indeed to harm a bird that was in touch with, or perhaps is even an agent of, the mysterious forces of fate and destiny. But it has also been suggested that that the reverence for robins is linked to other old folk beliefs, which we shall be exploring in the next few weeks. 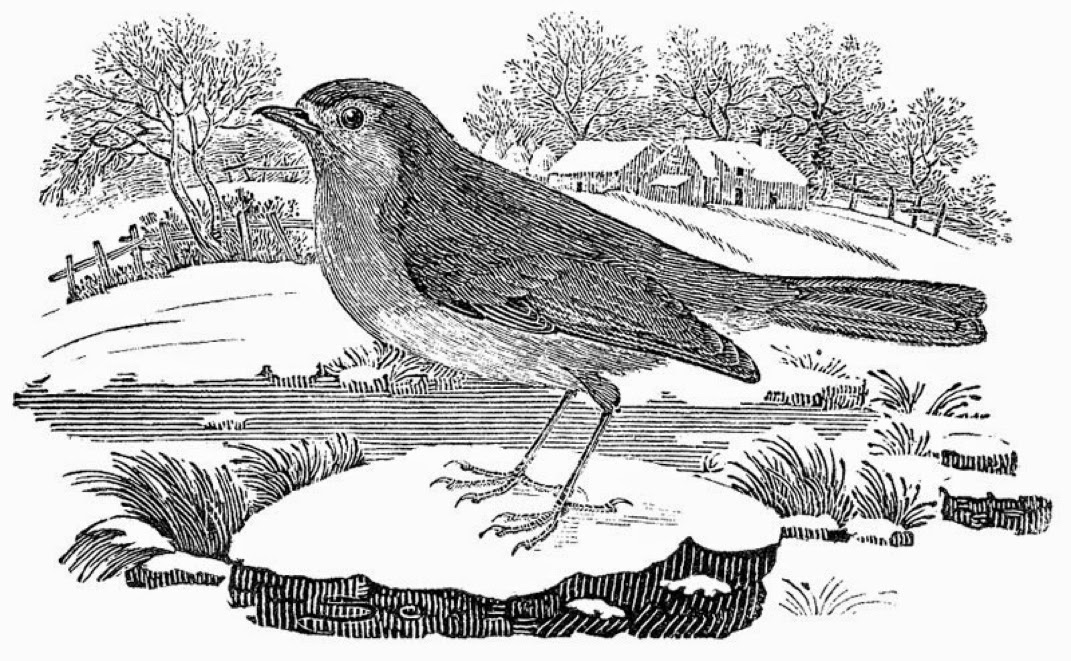 I never heard of this rhyme until I saw Urusei Yatsura (episode 75) made it the theme of their parody to "And then there were none."

Your background of curly whirly design, it is oft seen in the world of brainwashing, mind control and monarch programming. On top of the basic idea which seems to fit in lot of photos of attractiv e women of any period, I see the design as used here looks like a stylised owl. Owls date back to slave ecoomies where motifs if not real predators were used toc guard the holy places. Other tricks might include having the` temple precincts reek with a poisonous gas the priests could get past with charcoal filters in their cloaks. Thus different tricks, clothing, predators and motifs have come to protect and serve the elites so protected. And the humble robin is (just) another motif whose qualities serve the franchise of trauma, political clout or priestly confections. All you need do is google "owl" with monarch programming, or Moloch...where a child sacrifice trope was attached to a predator god demanding excessive tribute and still in p lay today at an annual bash for USA's elites where they can let their hair down, one supposes thoigh stikll part of some recruitment or obligation in a sub rosa sort of way. I wrote a report on msbnewsextra (dot) tumblr (dot) com where I lost my patience with this owl motif, it still being used to obligate, entrap or sublimate old programming and new which hinges on the owl image. I used to be a Chartered Librarian in theUK. When you know from the Motif Index of Folklore by Stith Thompson we think the owl is tough, loyal, wise and so on and yet know of the monarch program which uses predator images to traumatise us you will see why "luck" is applied to such things as Robins or Owls when the true history of the thing is we still feel unease when we see nature red tooth or claw. In the end these things are a statistical trick. No one cares what we think, as long as we get the message, repeated often, trauma can follow anything. And pain, doubt, fear or free floating anxiety is the cement not of love, but of fear, for the past, present and future` of our lives. Google "monarch programming"with ANY two words you like. Will Filer, NSA, Extreme Process is where yyou should end up.