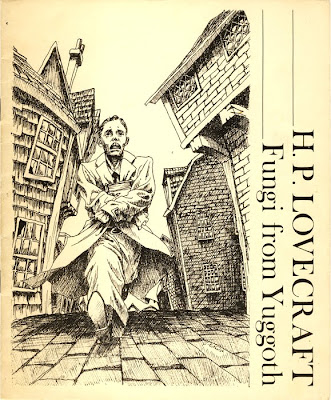 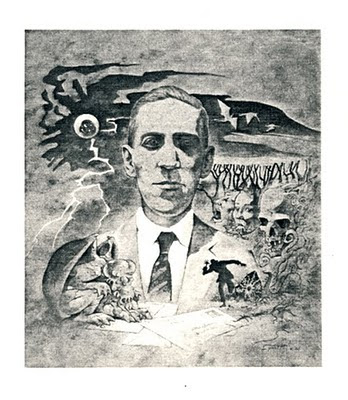 Your timing for discussing "Fungi from Yuggoth" is perfect.

I did a complete reading of all 36 sonnets for H. P. Lovecraft's 120th. birthday on 20-August-2010, and have posted the MP3 files and also the high-quality wav files along with CD case and Disc artwork for burning CDs on my blog at: http://cthulhuwho1.com.

I've also made a set of what might be called karaoke versions of each of the sonnets, using a font that matches Lovecraft's handwriting, and posted those on my YouTube channel at: http://www.youtube.com/user/CthulhuWho1.

Feel free to help yourself to any and all of the files that interest you.

And please give any positive or negative feedback at either site over these files, or any of the other Lovecraftian goodies you find there.

ps
The next batch of stuff being uploaded will be centered on Fritz Leiber.

And well worth checking out they are too, gentle readers!

And looking forward to the Leiber stuff too Will!

This is a wonderful essay and I thank you for it. I am obsess'd with ye "Fungi" & have been listening, transfix'd, to CthulhuWho1's amazing readings of ye sequence on YouTube, where he hath printed out each sonnet in a script that is a replication of H. P. Lovecraft's handwriting! Ia!

I am indeed very honoured to receive such praise from such a noted purveyor of eldritch horror as yourself sir!

And don't miss Part 2 - which can be found here http://www.hypnogoria.com/html/fungifromyuggoth2.html

I have only recently come across the comment that Georgian poetry was poetry "with knobs on." This amuses me mightily.

You may like to consider that Lovecraft, after finding it too great a strain after writing the first three sonnets, in an attempt to develop a coherent, multi-part narrative, abandoned this and wrote pieces that, though mainly narratives in their own right, spring from the same commonplace book that he utilised for his fiction. I would also like to point out that it is evident from one remark that the sonnet sequence may have been shaped with the more generalised sonnets as the climax, rather than having been written largely in the order it now is.