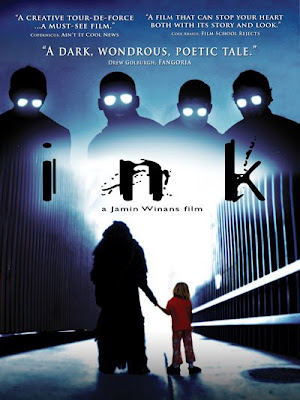 What are dreams? And where do they come from? Such questions have always proved fertile ground for myth makers and story tellers down the ages and in the world of cinema, dreams have been have formed an integral part of many narratives, from the common device of the dream sequence to whole films built around the subject.

Considering that dreaming is one of the great mysteries of life, and one we all experience every night, it’s surprising that there aren’t more movies built around our nocturnal psychic excursions. But when one recalls the awful badly contrived weirdness for the sake of weirdness scenes that constitute the usual dream sequence (you know the kind of thing: hey look a dwarf and a penguin playing cricket in a room with a chess board floor ), or tired cliché of throwing in a shocking event that turns out to be just a dream, you begin to see the problems of exploring the realm of dreams on the screen.

But if a film maker actually bothers to try to get to capture the essence of real dreams; subtle strangeness and slight lapses in logical reality coupled with powerful emotional atmospheres rather than witless cod surrealism and a chance to use any old tat the props department has lying about, then
usually we get something very memorable, whether it’s an art house outing like Michel Gondry’s The Science of Sleep packed with low-fi stop motion reveries bristling with personal confusion, or something more populist like the original A Nightmare On Elm Street that accurate recreates dream dread on the silver screen.

And the latest properly equipped expedition into this mysterious territory, Jamim Winans’ Ink, is such a film. In lieu of any synopsis, here’s the first trailer…

Now I’m not going to go into any more detail about the plot, because I really feel the less you know about Ink before going in the better. And indeed as this is a somewhat under seen film at the time of writing, I’m going to hold off embarking on an in-depth discussion of the film until a lot more of you have had the chance to see it. And I heavily suspect you all are going to be hearing a lot more about Ink over the coming months…

You see, Ink is a low budget feature that the major distributors passed on and so was released the internet for download from all the usual places, rent it, or buy it on disc direct from Double Edge Films here. Of course it is widely available as a torrent which has resulted in the film finding an ever growing audience and sent rentals and sales through the roof. And believe me, should you see Ink for free – either legally on Hulu if you are in the US or *ahem* by ‘flying to America’ digitally, then there’s every chance you’ll be placing at order very soon after. Because Ink is a film you’ll want to see again, a film that repays repeated viewings, a film that you’ll want to own in the best possible quality. In short it’s a movie film that you’ll cherish having in your collection.

Because there really isn’t anything quite like Ink. Now I’m not making a ‘it re-invents the wheel’ Avatar style claim here, but it really is a unique piece of work. A good comparison would be Let The Right One In - that film is as close to Stand By Me as it is to Romero’s Martin but it nothing like a fusion of these two, and as a whole ends up defying all the usual categories and creates a piece of cinema that is stands alone.

WithInk there is a plethora of other works that may be wheeled out to give you some idea of what this film is like, but they are so diverse and numerous that any kind of accurate description rapidly becomes a nonsense. However that said, here goes… imagine the modern fables of Neil Gaiman blended with the dark weirdness of Doom Patrol era Grant Morrison, filtered through the imagination of Terry Gilliam, shot with the wild visual inventiveness of early Raimi, with lush cinematography via Tarsem Singh, mixed with the twisted fairy tale tones of City of Lost Children, the perception bending of The Matrix, the fresh imagination of Barker’s Hellraiser, encompassing the collision of reality, memories and dreams of Dennis Potter’s The Singing Detective, sprinkled with the magic of Labyrinth and the off-kilter personal journeys of Kaufman and Gondry…

Now I’m not saying any of these were direct inspirations, though undoubtedly some probably are, I merely offering this unwieldy description as a list of possible references points to encourage you to see it. The simple fact that in these days of rehashes and retreads Ink cannot be boiled down to a quick ‘like film X meets film Y’ formula is a testament to the powerful imagination of creator Jamim Winans.

It’s a stunning piece of work, packed with enough ideas and concepts to fuel at least ten Hollywood blockbusters. And they are beautifully executed within the film that is positively bursting with rich imagery, a gorgeous orchestra score, and a magical story that has real depth to it and works on many different levels. And what is really astonishing is the tiny budget it was created for.

Last year, we were all wowed by how Neil Blomkamp and Duncan Jones made budgets of only a few million look better than a lot of the hundred million plus summer movies. Now have a look at the Ink trailers (find ‘em here) and take a guess how much it cost…

Back? Ok then, ready for the answer - Ink was for $250,000 – that’s right, just a quarter of a million. And it’s not a case of all the most expensive money shots going into the trailers either. Simply astonishing – you really don’t expect to see such an ambitious and striking film for that kind of dosh.

Now I’ve probably rambled on enough for now – as my money is on this becoming the sleeper hit through internet buzz as Let The Right One In and Paranormal Activity I’m very wary of gushing on and on about the movie and creating an over-hype situation.

However, a quick word of warning - Ink is somewhat overwhelming to begin with and judging from the negative reviews on IMDB seems to lose some viewers with its seemingly disjointed nature and relentless imagery. But I assure you that everything does all come together - just go with the flow and all the pieces will start connecting. But if, for example, you hated the way Twelve Monkeys tells it’s tale or were bewildered by Eternal Sunshine of the Spotless Mind, you’ll probably hate Ink too. This film does seem to polarise people – again looking at the IMDB write ups, most people seem to love it but a minority absolutely hate it. Now I know that kind of polarity is par for the course on IMDB but in this case it is very marked – either virtually full marks or nearly no stars at all.

And sadly, it seems the distributors were in the latter camp. Admittedly a film like Ink is unlikely to do mainstream blockbuster box office, but it is so well realised it surely deserved picking up for art house release if nothing else. Frankly it’s criminal that the mainstream Hollywood industry has so totally cold shouldered this movie.

If you are a lover of intelligent and creative cinema, you really need see Ink and judge for yourself. Grab yourself a copy and we’ll talk about it more later…