FOLKLORE ON FRIDAY - Species of Spectres Part I 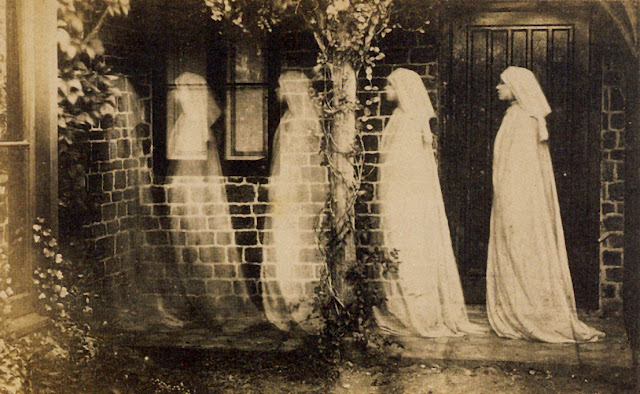 By their very nature, ghosts are somewhat nebulous beings. And their mysterious nature is undoubtedly partly why tales of hauntings have enthralled our imaginations down the ages. Different eras and cultures have offered different interpretations of ghosts, but even then, at any one time or place there are often several competing theories to that age-old question - what are ghosts?

However stepping aside the tangle of philosophical, theological, psychological and scientific theories surrounding hauntings, if we look to the realm of folklore, and examine the nature of the tales told about spooks and spectres; looking at the nature of the ghost stories themselves,  we can begin to see patterns emerging. And hence we can start to sift assorted unquiet spirits and spectral visitants into some loose categories. Now the following list is not definitive, nor I suspect can ever be truly complete. For given the ethereal and enigmatic nature of ghosts, many spectres will be happily walking from one category to another as easily as they famously walk through walls. However it does provide us with some useful headings under which we can classify a good many haunters and horrors.


Our first category I've called Celebrity Spirits and it is based upon asking one simple question first - do we know who's unquiet spirit this is? Now many tales of hauntings found in folklore are rooted in local history, and the ghost in question is often the shade of some significant individual - a former inhabitant of the dwelling, folks who perished a local tragedy, or a famous historical person. And often events in their lives give us the reason why their spirit still walks the earth, forming an important part of their particular ghost story. Typical examples include deceased owners still keeping a supernatural eye on their former homes, assorted royals and politicians seen in their palaces, or victims haunting the spot where they were brutally murdered.

However not all ghosts are the products of local history, and there are a great many hauntings where we do not actually know who the ghost is. In some cases this is because the haunting is particularly nebulous - merely the sound of footsteps or just an indistinct shape appearing. However in many instances, the phantom is quite recognisable as what they were in life - a maid, a monk or a solider for example - and from their dress we can even tell roughly tell what period in time they originate from. Sometimes local folklore can give us a variety of possible origin stories for the spook in question, while paranormal researchers occasionally uncover likely identities when the researching the hsitory of the place. But in general, who these Anonymous Apparitions were in life remains a mystery. And consequently the tales about them relate more to events that have occurring during their hauntings down in the years, whereas in sharp contrast the stories of Celebrity Spirits tend to be yarns from local history with an added ghostly coda. 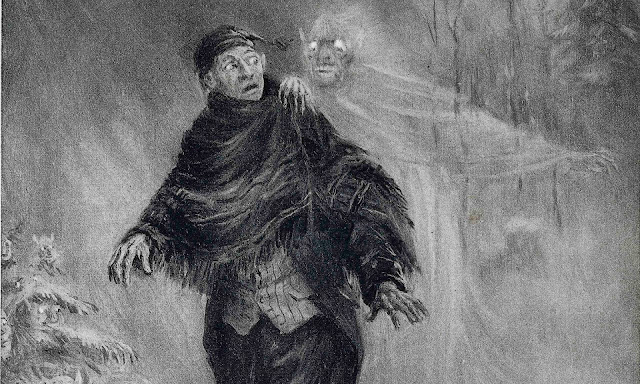 So then, having asked our notional ghost who they are, the next question is - where do they appear?Now here we might devise a large number of categories - castle ghosts, prison spectres, suburban phantoms, abbey apparitions, hamlet hauntings... Indeed we could devise as many headings as there are types of places where folks live, but in the long run this does not help us define our ghost very much at all. Generally speaking, most ghosts are attached to some form of dwelling area, whether in a building or nearby one outside.  However there are plenty of tales of dread spectres that haunt woods and moors, rivers and mountains, and hence I think we need only distinguish whether a particular spook is an Urban Horror or a Country Terror. The former would of course embrace the usual haunted houses of all varieties, but also phantoms that walk abroad in towns and cities after dark, such as the top hatted terror that roams Rodney Street in Liverpool. Whereas the latter would included the apparitions that haunt lonely places, only rarely encountered by  passing travellers, such as the Grey Man of Ben Macdhui.

However while on a geographical tip, we should add a third section, the Highway Haunters. Now at first it might seem that this section handily bridges our other two geographical categories, as roads are the murky middle ground that link the town to the country. However the phantoms that lurk by the side of highways and byways deserve a section of their own, for these road ghosts exhibit certain key features all of their own. As we discovered a short while ago when discussing the Lady in White that haunts an old section of the Great North Road in Aycliffe Village, road ghosts tend to have a similar pattern of stories. The most well-known road ghost story is what most folks know as the urban legend of the Phantom Hitchhiker, however there is a similar and equally widespread second variant of the road ghost - sometimes called the Phantom Jaywalker. In these cases, a driver along a particular stretch of road will see a figure step out in front of their vehicle, causing them to swerve to avoid an accident. However on stopping, there is never any trace of the mystery person who stepped out onto the road. Much like tales of the Phantom Hitchhiker, local folklore often records that this stretch of road marks a scene of a fatal accident in the past. And for more on the lore of these particular phantoms, do visit Sean Tudor's excellent site www.roadghosts.com.

Of course here we are moving from a purely geographical defining factor, to looking at how different ghosts behave in different stories. And the haunters of the highways are very much getting their own category, not on the basis of their location but due to the fact that they have their distinct type of ghost story closely associated with them .

Now in the second part of this tentative attempt to separate species of spectres (try saying that three times fast) we'll explore how asking the question of when a ghost appears can help to define them further... 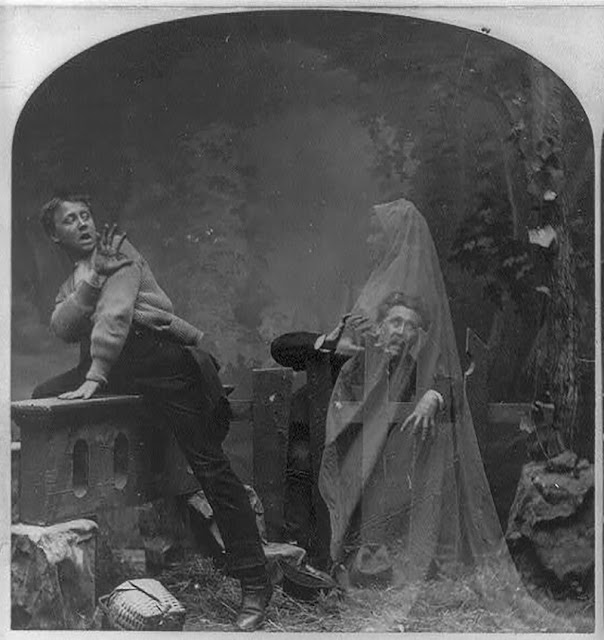