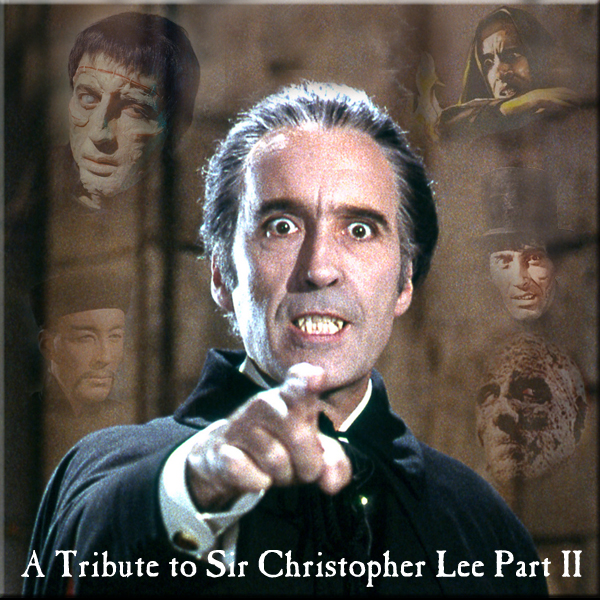 Mr Jim Moon pays tribute to the great Sir Christopher Lee with the first part of what will be a lengthy retrospective of his life and works. In the first part of this epic journey through a career that spanned seven decades, we learn of Lee's early life, military career and his early forays into acting. We discuss his involvement with the birth of Hammer horror and friendship with Peter Cushing, looking at his roles in Curse of Frankenstein, Dracula, The Mummy and The Two Faces of Dr Jekyll. We look at his non horror works such as Hound of the Baskervilles and Terror of the Tongs, learn of his close relationship with Boris Karloff and the movie they starred in together Corridors of Blood, and round off with another black and white chiller City of the Dead AKA Horror Hotel which was effectively the birth of Amicus.