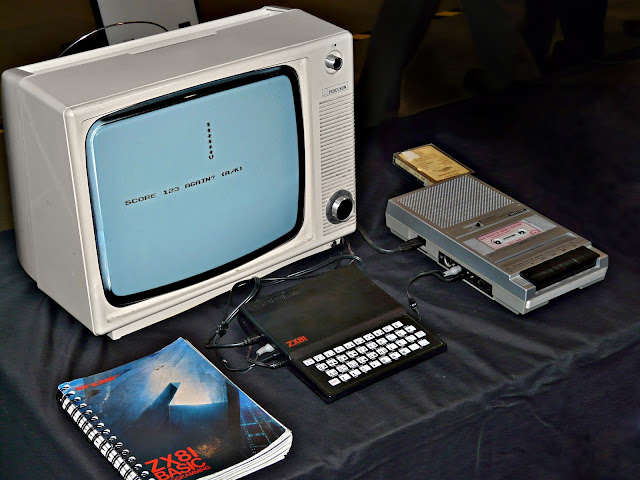 So then dear fiends, welcome back once again to the 'Orrible 'Ouse of Terrible Old Tat! Now last time we were discussing the strange era that can be found at the dawn of the 1980s - the weird world of the mighty micro. And this week we are going to be making a further exploration of that land that Computing History forgot, so pull on a cable-knit jumper and prepare your best Doug McClure impression as we venture out to make battle with fearsome microsaurs!

Now as discovered last week, the coming of the home micro promised a new exciting age of computers coming into our homes. One of the great selling points of having a home computer was that it would help kids with their school work, however in reality what had happened was that kids had managed to con their parents into buying a machine that actually would enable them to do the exact opposite i.e. help them to play Jet Set Willy instead. But why had this state of affairs come about? Why wasn't this early generation of gamers not pestering their beleaguered oldies for the latest consoles? Well dear fiends, there were a couple of good reasons for this. Firstly many of consoles doing the rounds back then were quite frankly terrible old tat (and I promise you we we will look at some at some future visit to the 'Orrible Old 'Ouse). However, more crucial (and not in an '80s Lenny Henry way) was the second reason, which we shall dub the life cycle of the console, which many kids had bitter experience swith...

And the life cycle of the console goes like this - kid gets a console for Christmas or a birthday pressie. Said console arrives with a couple of games on cartridges. Kid never gets any more games for the console because a) they can't afford to buy another one themselves as game cartridges were so hideously expensive, b)  parents never cough up for another because they are so bloody expensive and they don't want to forever be having their wallet lightened every time a new game is required by their spawn. And there was finally c)  said console is now virtually obsolete and there are no other games in the shops anyway other than the ones the bastard thing shipped with. And so after a few months, maybe even weeks, we have a very expensive dust collector languishing in a cupboard in a tangle of wires. 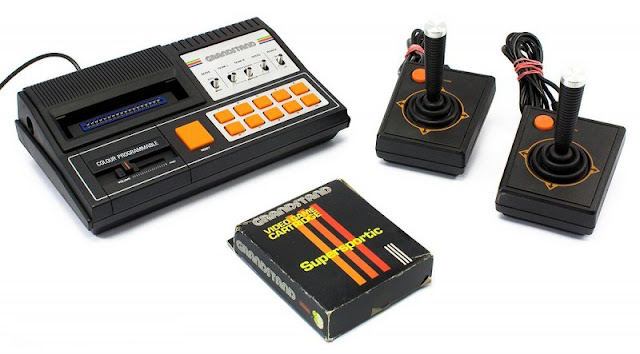 "Please buy me another cartridge..."

Now bearing these grim facts in mind, how long do you think it took the kids of the early '80s to note that firstly games for micro computers came on ordinary household cassette tapes (and yes, you did need a cassette player of some sort to hookup to the computer, although the later home micros did come with cassette decks built in). Secondly, said tapes with games on cost a fraction of console cartridges - a game for a home micro could be picked up for a little as a fiver, with a more expensive title going for ten or fifteen quid. Whereas for a console cartridge you were talking a starting price of £15 a title, going up to £25 or even £30! And finally, and perhaps most important of all, we all realised that with games and software coming on ordinary cassettes - exactly the same type that we were using to tape favourite chart hits off the radio on - it was going to be a piece of piss to pirate games from hereon in.

And thus the first age of digital piracy was born! Hence after you got a home micro, it didn't take too long to end up with an extensive collection of pirate titles. Now generally most games only took up a couple of minutes of tape play time, and therefore it was quite common to acquire a long running tape, such as a C90 (which had 45 minutes of record time on each side of the cassette) and have several dozen games on one cassette. However this first wave of piracy was not without its pitfalls. In fact there were several distinct downsides to pirated game cassettes.

Firstly having a ton of games on one cassette made finding the particular title you wanted to play a bit tricky. If your cassette recorder had a counter mechanism - literally an analogue set of wheels with numbers on that turned in sequence with the tape playing - you had to make a note of when each game started on the tape and then fast forward and rewind to that position. Or you had to develop a very good ear for screechy noise of computer code and be able to recognise the end or beginning sounds of individual games. Now that might sound mental, but actually a lot of us did develop this particular wild talent and could find a game on a pirate compilation often quicker than trying to do it by a counter!

And for those of you who are too young to remember, this what happens when you loaded a game on a home micro -

Yes, back then games didn't load instantly, and the more complex the game, the longer it took. In fact some games required you to load extra bits as you went along, meaning long tedious minutes listening to more code squeaking and warbling to get to the next bit. And it was those long minutes waiting for games to load that we learned to recognise the start and end sounds of different games - for if you were addicted to playing Manic Miner, you got to hear the song of the code loading many, many times. In fact, even now, over 30 years later, I still recognise the closing few bars of the Manic Miner code...

However there were additional perils for those attempting to load a pirated game. For often there a range of variations in recording levels on different tape machines, and a similar variance in the recorded volume levels of the actual tapes. And together these variations in volume meant that you might find that some games might not be playing loud enough to load properly. Or in other cases, if you had the volume level too loud, there would be distortions in the sound that would also bugger up the loading process. To be fair, this could occur with genuine copies too but it was far rarer. However it did mean that sometimes you had to make several attempts to load a game, each time fiddling with the volume level until you hit the right one for it load. And the real pain of it was that usually it was only when the entire program had played - having to listen to minutes of electronic shrieking - that it would crash right at the end, just as the game was supposed to start. Veterans of this era often gather round campfires and tell tales of blood-chilling terror about that time they tried to get Valhalla to load... 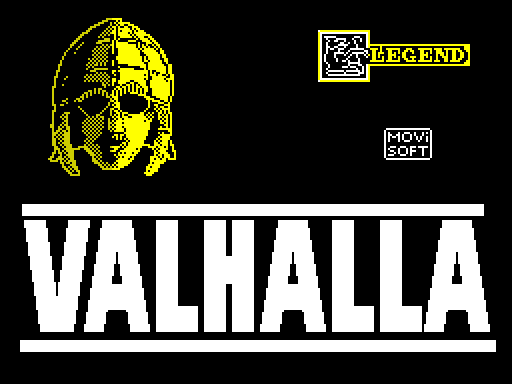 Anyhow, once you finally got a game to load there was then another challenge for the pirate gamer. For most games back then didn't come with training levels or in-built help menus,  and so if you had a hooky copy,  you rarely had any instructions at all and hence no idea how to play the game. Now it is true that many games of this era were ports or clones of existing arcade games, but on the flipside not that many of these early games supported the use of a joystick or gamepad. And so therefore it was a process of patient trial and error... oh alright mainly frantic hammering on the keyboard to be honest, to discover what the controls actually were.

But even when you worked up what keys to move, fire, pick up stuff, or whatever, actually were  you still had the challenge of working out what the hell you were supposed to be doing. For while the first home micro games were indeed new versions of familiar arcade classics, it wasn't long before teh home micro was spreading its wings and delivering some rather sophisticated games. The aforementioned Valhalla (Legend 1983) for example was an early and highly innovative sandbox game - a huge open world set in Norse mythology and the player was free to wander where  they liked and do as they wished. However if you had a naughty copy, you were lacking all the vital background and instructions as to what you were supposed to be trying to achieve in these lands of myth. Adventures tended to not to be epics of great heroism and usually ended up as wandering about aimlessly and swearing at various gods and monsters.

However things weren't helped by the fact that once programmers of this era had grasped the concept of not simply cloning arcade favourites, they boldly set out exploring new and exciting game concepts. And while this sometimes resulted in pioneering titles like Valhalla,  many games ended up going to some very odd places indeed... And over the next few weeks we'll be having a look at some of stranger titles that were released in this era... 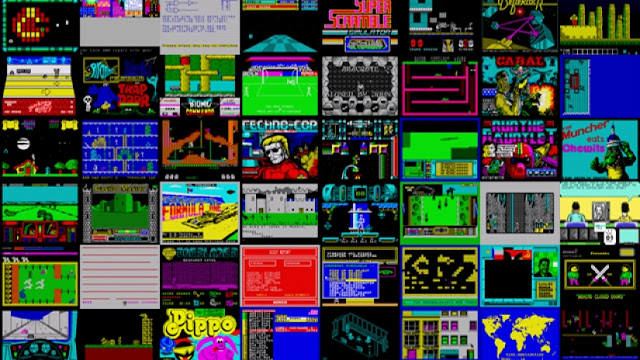